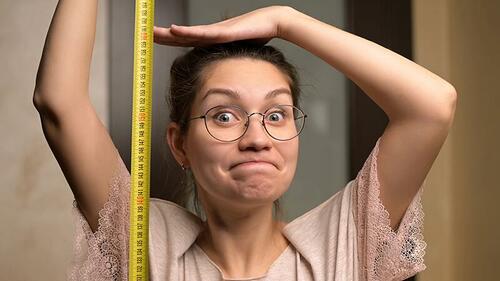 A New York Times op-ed suggests that everyone should “mate with shorter people” in order to save the planet.

Author Mara Altman, claims that “When you mate with shorter people, you’re potentially saving the planet by shrinking the needs of subsequent generations.”

“Lowering the height minimum for prospective partners on your dating profile is a step toward a greener planet,” she adds in the piece.

“He’s even restricted dairy from his sons’ diets and only allows them minimal sugar in an attempt to limit their growth, saving them from the ills of height.”

Anyone else think things are getting pretty weird around here?https://t.co/mb45hs58E0

Altman argues that shorter people are “inherent conservationists, which is more crucial than ever in this world of eight billion,” adding that “if we kept our proportions the same but were just 10 percent shorter in America alone, we would save 87 million tons of food per year (not to mention trillions of gallons of water, quadrillions of B.T.U.s of energy and millions of tons of trash).”

Altman continues, “Short people don’t just save resources, but as resources become scarcer because of the earth’s growing population and global warming, they may also be best suited for long-term survival (and not just because more of us will be able to jam into spaceships when we are forced off this planet we wrecked).”

“Our success as individuals does not depend on beating up other people or animals. Even if it did, in an era of guns and drones, being tall now just makes you a bigger target,” Altman adds, concluding “I want my children’s children to know the value of short.”

Twitter wasted no time in ceaselessly mocking the piece:

Reporting the @nytimes for this disgusting tallphobia

Short grooming is where we have to draw the line.

If one were to look on the bright side, at least Altman’s future allows for continued ‘mating’.

It’s a step down from “voluntary human extinction”, an idea previously amplified by the Times, so perhaps this is progress.