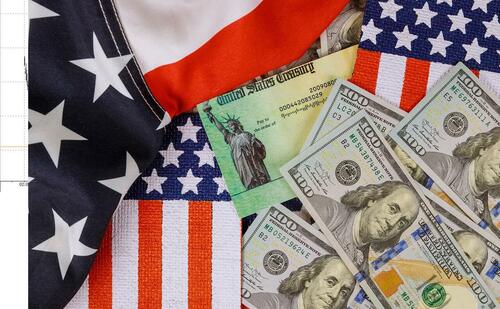 Have We Seen A Peak In Pax Americana

By Russell Clark of The Capital Flows and Asset Markets substack

Happy New Year! Welcome to a special on the idea of a perhaps we are seeing a peak in the Pax Americana.

Pax Americana implies that America has become the dominant empire as Rome once was, or perhaps on a more comparable basis, as Britain used to be. In financial markets and elsewhere, the question is asked where we have entered an era of decline for the US.

Conventional thoughts on Pax Americana link the decline of the British Empire with the rise of the America. I think this analysis is wrong. The decline of the British Empire saw the rise of two new empires, the US and the Soviet Union. In military terms, the Soviet Union was largely responsible for the the defeat of Germany in World War II, and the Soviet Union and Chinese assistance saw US forces turned back in the Korean War of 1950 to 1955, and defeated in Vietnam War. The US centred trading system only incorporated North America, Western Europe, and some parts of East Asia. Most of the rest of the world was either socialist on non-aligned. If this is at odds with how you think of modern history, then I would recommend Eric Hobsbawm series of books: Age Of Capital 1848 -1875, Age of Empire 1875 – 1914 and Age of Extremes 1914 – 1991. Hobsbawm is probably correct in marking 1991 as the beginning of Pax Americana. Not only did it mark the collapse of the Soviet Union, it was also when the first Gulf War demonstrated to the world that US military power was far beyond the capabilities of all other powers, but also the integration of the world into a single trading system – globalization. First military domination, then financial domination. Or as in Dark Knight Rises when Bain askes Daggett, “Do you feel in charge?”, are politics and military really in charge or finance and corporates? The former is really in charge in my view. If we look at Russian invasion of Ukraine, financial sanctions matter far less than the ammunition that the US is providing.

The question of Pax Americana is whether US military can still project power? Defeat in Ukraine would almost certainly signal an end to Pax Americana. If Russia was to take control of Ukraine, the ability of the US to protect the global trade system would come under severe pressure. Could countries really rely on imports of key resources from elsewhere? Could Europe and Japan continue to have undersized armed forces? The key tenets of globalisation would fall apart, and with it the underpinnings of Pax Americana. However, a rout of Russia, and the regime change in Russia would offer the potential of an increase in Pax Americana, and a new age in European integration. In my mind, the future of Pax Americana will be decided at home, rather than on black earth of Ukraine. To confront the rising powers, US military spending will need to rise. Going back to levels seen in 1980s implies a tripling of the current military budget.

But here is the problem. Domestically will voters stand for increasing military spending as their own domestic conditions worsen? The biggest spending item for the US government is social security, but it is plain that this spending is not benefiting the majority of Americans. While most countries saw a stagnation in life expectancies during Covid, the US has seen three years of decline, wiping out at least two decades of gains.

A similar decline in visible in the relatively capitalist UK. However compared to a relatively more “socialist” Japan – the flattening out of life expectancy in the UK and the US is striking.

It is likely that the US policy makers understand these issues, which is why there has been increasing use of export controls of technology to China. How effective is this likely to be? Very hard to tell. Export controls are very unlikely to stop China from catching up to already existing technology. For example, ever since the US invented nuclear weapons, it has worked very hard to keep the technology as a monopoly and to limit other countries access to it. The Soviet Union successfully tested it first atomic bomb in 1949, China followed in 1964, France in 1968. North Korea in 2006 tested its first atomic weapon, despite severe sanctions, and very weak technological development elsewhere. But can the US stop China developing a lead in technology? Possibly, but ultimately, Pax Romana or the British Empire did not head for decline due to losing a technological lead, more that the political structure of Empire declined. That was that local politics lead to the decline of empire, and looking at the US, with high income inequality, falling life expectancy, and a Republican party that is split between free trade and Trump politics, a decline in Pax Americana seems likely.

How do we trade this? My best trade remains, long gold short treasuries, for reasons outlined many times before.