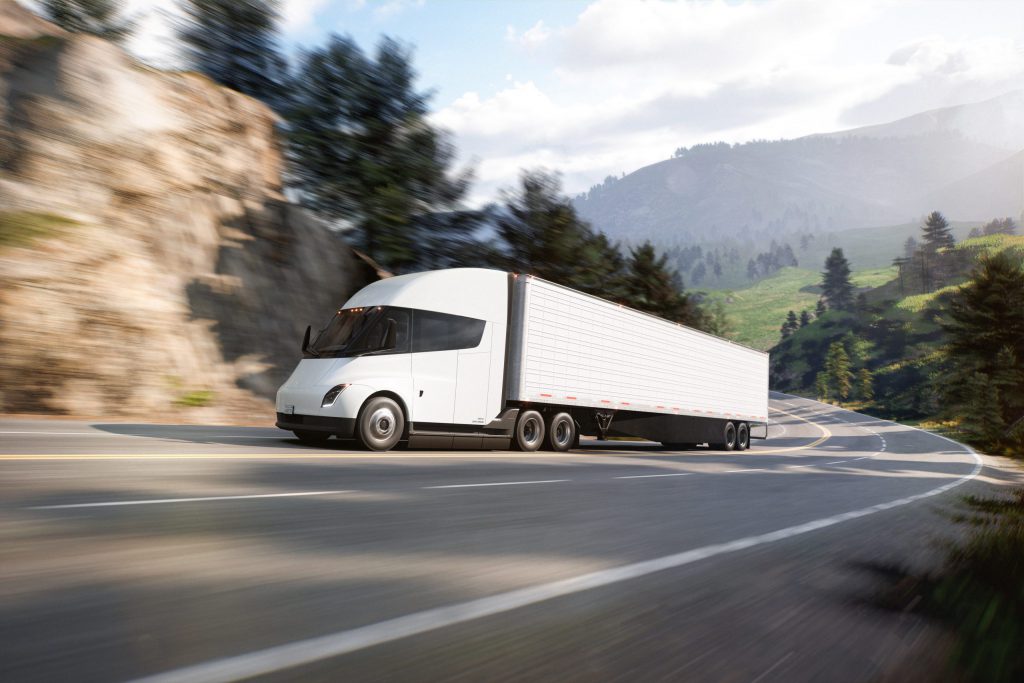 Pictures of the Tesla Semi internals have been posted online, showing each of the vehicle’s subsystems, only a month after the Semi’s first deliveries to Pepsi and Frito-Lay in December.

The Tesla Semi reveal event was a fantastic ceremony to watch, not only because of the truck’s incredible design but its extraordinary technical prowess compared to other electric and diesel semis currently on the market. Now, each of the Tesla Semi’s intricate subsystems have been shown in pictures uploaded to Twitter.

The modular battery is rated at 1000V
DUs are cooled with “mega cooling” modules.
Axles are called: Torque and Efficiency.

Along with the impressive technical images, the Twitter user posted a mock VIN plate for the commercial vehicle, highlighting specifications such as gross vehicle weight, tire size, and tire pressure.

These images were posted only a month after the vehicle’s launch and just weeks after the first trucks were spotted on public roads. The trucks delivered to Pepsi and Frito-Lay are already working to provide products on the west coast of the United States, with more routes planned for the future as the automaker continues to deliver in the new year.

Tesla has not announced other customers who will be receiving trucks in 2023, nor have the upcoming customers announced their intention to buy/take delivery of them. And due to this lack of clarity, estimates of Semi orders range from a couple hundred to thousands of vehicles.

As more and more automakers, including Mercedes, Volvo Trucks, and Nikola, continue to expand electric semi offerings, the market’s acceptance of the technology and investment in them are likely to continue to rise. Hopefully, with this continued adoption, the way the products we love get delivered to us can continue to improve and become more sustainable.