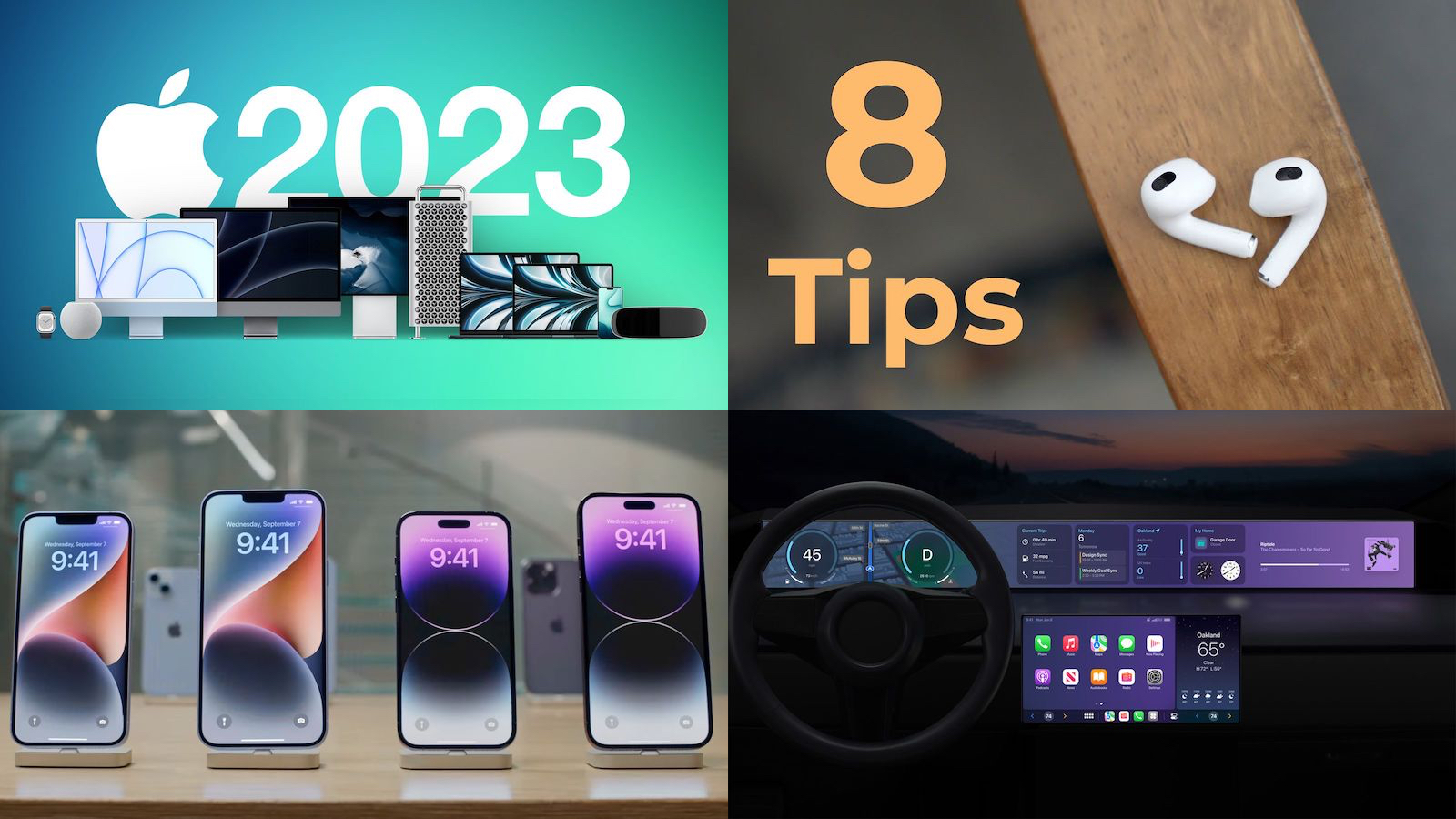 It’s the final day of 2022, which means many Apple fans around the world are enjoying some newly unwrapped gifts while also looking forward to what’s coming in 2023.

In addition to our roundup of expectations for 2023, this week also saw some more specific news and rumors about both current and future Apple products, so read on for all of the details and have a Happy New Year!

What to Expect From Apple in 2023: AR/VR Headset, iPhone 15 Pro, MacBook Pro, Mac Pro and More

By all indications, Apple is expected to have a busy year of hardware and software updates in 2023. From the long-rumored mixed-reality headset to USB-C iPhone models to an array of Macs, the list of updates is a lengthy one and we’ve summed all of it up in our annual preview guide.

On the software side, we’ll of course be seeing iOS 17 and macOS 14 mid-year at WWDC, but even before that we’ll be getting some new features. We’ve put together a list of five new iOS features set to launch or expand next year, including a security keys feature for Apple IDs, an Apple Card savings account option, Advanced Data Protection and Emergency SOS via Satellite in additional countries, and more.

Were you gifted AirPods or AirPods Pro during the holidays? If so, we’ve rounded up a handy list of tips, tricks, and features that you may not know about to get you acquainted with your new earbuds.

We have also shared tips and tricks for the iPhone 14, iPad, and Apple Watch. If you received an Apple gift card instead, we’ve put together a list of products and services to spend it on, with everything priced under $100.

A report this week claimed that Apple is “seriously” concerned about weak sales of the iPhone 14 Plus following the device’s launch.

Introduced in September, the iPhone 14 Plus features a 6.7-inch display like the iPhone 14 Pro Max, but lacks some higher-end features like ProMotion, the Dynamic Island, and a telephoto lens. The device effectively replaced the 5.4-inch iPhone 13 mini.

New iPad Mini Expected to Launch as Early as 2023

Apple is working on a new version of the iPad mini, with mass shipments expected to start towards the end of 2023 or in the first half of 2024, according to reputable analyst Ming-Chi Kuo.

The current iPad mini was released in September 2021 and features an 8.3-inch display, A15 Bionic chip, USB-C port, Touch ID power button, 5G support on cellular models, and more. Pricing for the device starts at $499.

Apple planned a major update for the iPhone 14 Pro’s graphics capabilities, but was forced to scrap plans for the new GPU late in development after “unprecedented” missteps were discovered, according to a report this week from The Information.

The report reveals how Apple’s chip design team has been forced to contend with a loss of talent in recent years, with the company having lost dozens of key employees.

At WWDC 2022 in June, Apple previewed the next generation of CarPlay, promising deeper integration with vehicle functions like climate controls and FM radio, support for multiple displays across the dashboard, personalization options, and more.

Apple says the first vehicles with support for the new CarPlay experience will be announced in late 2023. Ahead of time, we’ve outlined five key features to expect.