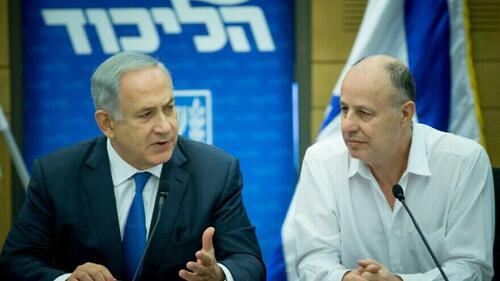 Tzachi Hanegbi is a veteran Likud lawmaker and a longtime ally of Netanyahu who has repeatedly threatened in recent years that Israel would attack Iran if the US returns to the Iran nuclear deal, known as the JCPOA.

In his most recent threat, Hanegbi said that Netanyahu would order an attack on Iran if the US doesn’t secure a new nuclear deal or doesn’t take military action itself. He told Israel’s Channel 12 in November that in that situation, Netanyahu “will act, in my assessment, to destroy the nuclear facilities in Iran.”

Back in 2020, Hanegbi, who was settlement minister at the time, warned that if President Biden won the election and returned to the JCPOA, it could lead to a war between Israel and Iran. He made a similar threat following Biden’s election.

Netanyahu’s new government will be taking over soon as tensions between the US and Iran are soaring. Since JCPOA negotiations fell apart in September, the US has escalated its sanctions campaign against Iran.

The Pentagon’s recently admitted in its new Nuclear Posture Review that Iran is not trying to build a nuclear weapon, but US and Israeli officials continue to hype up the threat anyway.

The longtime politician has openly been in favor of a preemptive strike on Iran’s nuclear facilities@arik3000 | @hamdahsalhut pic.twitter.com/1mKfqotpKa

The US and Iran recently held joint military exercises over the Mediterranean Sea in November that simulated attacks on Iran.