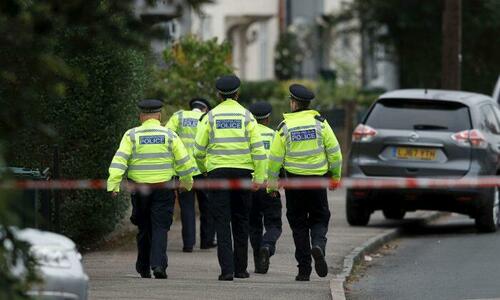 Authored by Chris Summers via The Epoch Times,

Police forces in England and Wales were unable to solve 1,145,254 thefts and burglaries in the year ending in June 2022, according to an analysis by the Labour Party.

The shadow home secretary, Yvette Cooper, said domestic burglaries cost victims an average of £1,400 and helped to drive up insurance premiums for everyone.

She told The Telegraph: “This is disgraceful. Theft and burglary are awful crimes and should be properly investigated, not just left for the victims to make an insurance claim.”

Theft & burglary are awful crimes – yet over 1 million went unsolved in last year.

Tories have no plan. Labour will put 13,000 more police & PCSOs on streetshttps://t.co/PGRRglWaEm

But the former leader of the Conservative Party, Sir Iain Duncan Smith, said: “Our constituents are complaining endlessly that nobody turns up to deal with burglaries—they just say here’s your crime number, claim your insurance.

“The problem is that the leadership of the police have succumbed to politically correct bullying on this to the extent that the last thing on their priority list seems to be dealing with crime,” he added.

Duncan Smith said the police were “overstretched” and were, “increasingly having to take on jobs that social services should be doing.”

He added: “The police service should be the police force and should be there to enforce the law. People want them to investigate crime.”

In the 12 months between July 2021 and June 2022 police forces in England and Wales closed their investigations into 1,145,254 thefts and burglaries, usually because they were unable to find any evidence to charge a suspect.

Police forces have been criticised in the past for failing to send officers to do even rudimentary investigations following house burglaries.

According to the National Police Chiefs Council (NPCC), while some UK police forces already have a policy of attending all home burglaries, others only attend “where it has been established that there are evidential lines of enquiry or where victims are vulnerable or elderly.”

Earlier this year the Metropolitan Police Commissioner, Sir Mark Rowley, told the BBC the proportion of reported burglaries attended by an officer from the force had fallen to 50 percent.

In October, the chairman of the NPCC, Martin Hewitt, promised officers would start attending every residential burglary in an attempt to restore public confidence in the police.

A CCTV still from a robbery in Keston, UK, in an undated photo. (Metropolitan Police)

Hewitt’s comments followed a speech by Braverman in which she urged police forces to focus on fighting real crimes rather than making “symbolic gestures.”

In an open letter dated Sept. 23, Braverman said she expected the police to cut homicide, serious violence, and neighbourhood crime by 20 percent.

In her Conservative Party conference speech on Oct. 4, Braverman praised forces which were already promising to visit the scene of every burglary and said, “The law-abiding majority expect every force to investigate every neighbourhood crime—and so do I.”

Crime and policing is expected to be a major issue during the next general election, which could come as early as next year but is more likely to take place in 2024.

The leader of the opposition Labour Party, Sir Keir Starmer, is a former Director of Public Prosecutions.

Rishi Sunak took over as prime minister in October.

The pair went to head during the summer’s Conservative Party leadership campaign, during which Sunak promised to push back on “woke” policing, saying: “Police forces must be fully focused on fighting actual crime in people’s neighbourhoods, and not policing bad jokes on Twitter.”

The proportion of crimes in England and Wales that end with a charge or court summons has fallen since 2015, reaching 5.6 percent in the year to March 2022, down from 7.1 percent the previous year, and comparing unfavourably with a rate of 15 percent seven years ago.

Two million criminal investigations in the last year led to no suspect being identified, including 300,000 violent crimes.

Among the crimes which have not been solved is the murder of Kennie Carter, 16, who was stabbed to death in Stretford in January 2022, shortly after a game between Manchester United and West Ham at nearby Old Trafford. Ten teenagers have been arrested but nobody has been charged.

A spokesman for the Home Office told the Telegraph: “As the Home Secretary has made clear, we welcome the commitment for police attendance at home burglaries. We continue to support the police, including through record investment and the recruitment of 20,000 additional officers by March 2023.”