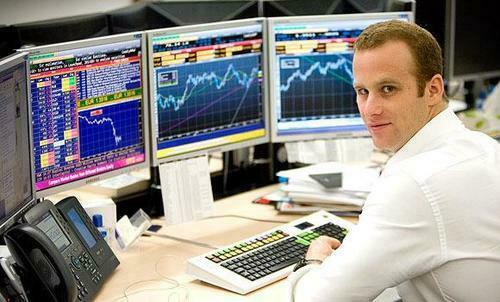 When sitting down to make forecasts about 2023, perhaps the biggest wildcard is what happens to the price of commodities in general, and oil in particular, after China fully reopens following its current “post covid-zero” hiccup which may lead to even more chaos but which will promptly reverse in a few weeks time.

Here, estimates vary, but few are as optimistic as iconic oil hedge fund trader Pierre Andurand, who said that global oil demand could soar as much as 4% at some point next year if the world fully emerges from Covid restrictions.

In a series of overnight tweets, Andurand said that consumption has been lagging long-term trends and, boosted by a switch to oil from gas, may increase by 3 million to 4 million barrels a day in 2023. As a reminder, Andurand’s main commodities fund has crushed the competition this year, rising about 50% in 2022.  Andurand is among several fund managers who made huge profits betting that supply-chain disruptions and Russia’s invasion of Ukraine would lead to jumps in oil and other commodities.

Andurand (who in March incorrectly predicted that oil would hit $200 by year-end as Biden’s drain sends the SPR to record lows) caveated that the oil demand surge will be limited by the increasing popularity of electric vehicles, which are displacing about 600,000 barrels a day of fuel use, but net demand will still be more than enough to offset this drop.

ever since. In periods of recessions, oil demand would be below trend for a year or 2, and then meet the trend again. After being below trend in 2008 and 2009, oil demand went back to trend in 2010, as if no great recession happened. Could it do the same again? 2/6 pic.twitter.com/dXJk1SkVwE

The main reason why we might not meet the trend line again is the growth of EVs. From 2019 to 2023, 35 million new EVs will have been sold. This roughly represents a loss of 600kbd of oil demand. Another shock to oil demand is the effect of the Russian invasion of Ukraine. 4/6

and some gas-to-oil switching. So, overall, the potential to see a surge of oil demand of 3-4mbd sometime in 2023 is there, assuming the world reopens fully. 6/6

Having been bearish on oil for much of 2021 and 2022 despite its relentless march higher, Wall Street banks now widely expect that crude prices, trading near $82 a barrel in London, will advance next year as sanctions squeeze Russian supplies.

That said, the bullish mood isn’t unanimous and as Bloomberg notes, veteran analyst and PIRA founder Gary Ross at Black Gold Investors tweeted on Wednesday that oil market balances are “weak” and will deteriorate further in early 2023 as US storms curb refinery operations.

Oil S&D is weak with stocks hardly declining in 4Q vs last yr’s substantial decline. It will be worse in 1Q, even assuming Rus oil outputs drops 5%, which looks unlikely but not an unreasonable assumption. With the US Xmas storm hitting runs>crude output, crude is backing up.