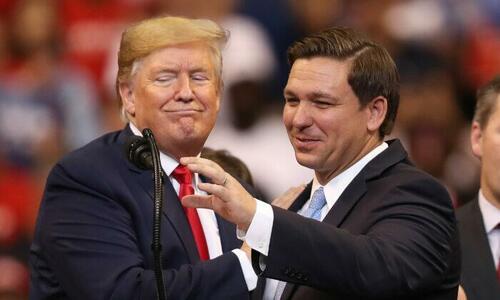 The Supreme Court is scheduled next week to look at a case from Florida in which the state, 16 other states, and former President Donald Trump are urging the court to consider whether states have the power to regulate how social media companies moderate content on their platforms.

The case is in the public eye because it pits the right of individual Americans to freely express themselves online against the right of social media platforms to make editorial decisions about the content they host. Lawyers say both rights are protected by the First Amendment to the U.S. Constitution, so the Supreme Court needs to weigh in to resolve the conflict.

Republicans and conservatives have complained for years about being censored by the platforms. They were outraged when platforms acted in concert to ban Trump in January 2021, blocked a New York Post article about Hunter Biden’s laptop computer, and silenced dissenting opinions about the origins of the CCP (Chinese Communist Party) virus and on treatments for the disease it causes.

Democrats and liberals, by contrast, claim the platforms don’t do enough to suppress so-called hate speech and alleged misinformation. They have also been angered by new Twitter owner Elon Musk’s recent efforts to reform that platform’s censorship policies, which has led to the reinstatement of many banned conservatives’ accounts, including the page of Trump himself who has so far chosen not to return to posting at Twitter.

Many states are now looking at legislation that would regulate social media platforms to protect users’ free speech.

In the case at hand, Florida is appealing a ruling by the U.S. Court of Appeals for the 11th Circuit that blocked portions of Florida Senate Bill 7072, which requires policy transparency and protects user access to platforms.

Florida Gov. Ron DeSantis, a Republican, signed the law on May 24, 2021, stating that it makes sure “real Floridians across the Sunshine State—are guaranteed protection against the Silicon Valley elites.”

“Many in our state have experienced censorship and other tyrannical behavior firsthand in Cuba and Venezuela. If Big Tech censors enforce rules inconsistently, to discriminate in favor of the dominant Silicon Valley ideology, they will now be held accountable.”

Under the law, platforms are not allowed to ban political candidates and must make public and consistently apply their moderation rules. De-platforming candidates can lead to fines of up to $250,000 a day.

The Atlanta-based 11th Circuit struck down part of the statute, finding that “with minor exceptions, the government can’t tell a private person or entity what to say or how to say it.”

Even the “biggest” platforms are “private actors whose rights the First Amendment protects … [and] their so-called content-moderation decisions constitute protected exercises of editorial judgment.”

In September, the U.S. Court of Appeals for the 5th Circuit went in the other direction, finding that a Texas law known as HB 20 was constitutional, rejecting the “idea that corporations have a freewheeling First Amendment right to censor what people say.”

The Texas law imposes limitations on the ability of platforms to moderate speech and mandates that the companies provide disclosure to the public.

“This concern is heightened because Platforms often shroud decisions to exclude certain users and viewpoints in secrecy, giving no meaningful explanation as to why certain users are excluded while others posting equivalent content are tolerated.”

Ohio, Arizona, Missouri, Texas, and 12 other states argue in a brief (pdf) that the internet is the modern-day public square and that social media platforms engaging in censorship “undermine the free exchange of ideas that free speech protections exist to facilitate.” Suppression of ideas threatens “the development of important insights and discoveries, many of which begin as fringe views.”

“[I]f social-media companies are absolutely entitled to censor unpopular views, what is the limiting principle?” the brief states. “The system cannot work if the public lacks access to the means by which citizens may engage with each other. Censorship by social-media companies thus poses a very real threat to effective self-governance.”

“[A]nonymity and pseudonymity enabled by the Internet, coupled with the virtually cost-free ability to broadcast all manner of content, has given rise to spam, trolling, and hecklers’ vetoes,” the brief states.