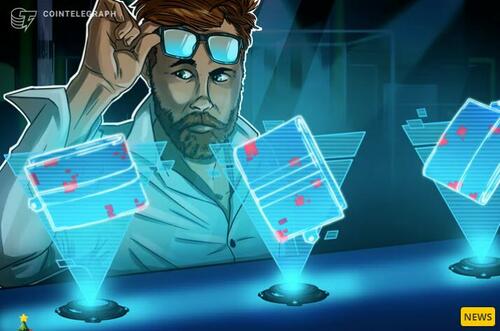 Authored by Prashant Jha via CoinTelegraph.com,

The crypto wallets associated with now-bankrupt trading firm Alameda Research, the sister company of FTX, were seen transferring out funds just days after the former CEO Sam Bankman Fried was released on a $250 million bond.

The transfer of funds from Alameda wallets raised community curiosity, but more than that, the way in which these funds were transferred grabbed the community’s attention. The Alameda wallet was found to be swapping bits of ERC-20s for Ether/Tether, and then the ETH and USDT were funneled through instant exchangers and mixers.

For example, a wallet address that starts with 0x64e9 received over 600 ETH from wallets that belong to Alameda, part of it was swapped to USDT while the other part of the transaction was sent to ChangeNow.

On-chain analyst ZachXBT noted that the Alameda wallet was eventually swapping the funds for Bitcoin using decentralized exchanges such as FixedFloat and ChangeNow. These platforms are often used by hackers and exploiters to hide their transaction routes.

The funds are being swapped for BTC

The never-ending FTX saga sees a new twist every day, and the latest transfer of funds to scoop out whatever is left in those crypto wallets is worrying for the community.

Many speculated that the pattern in which these funds are being swapped looks like an exploiter, but given Bankman-Fried’s known criminal past now, many speculated it could be an insider job to take out whatever is left in those wallets.

The call is coming from inside the house…

Others questioned the bail conditions and asked why was he given access to the internet. One user wrote that the former CEO was “desperately trying to funnel money out,” adding, “why did his bail condition include no computer/internet access?”

The ongoing fund movements from Alameda wallets coincided with Bankman Fried’s bail because right after FTX filed for bankruptcy on Nov. 11, the exchange wallets were hacked for millions of dollars. The United States Department of Justice is currently investigating the $352 million FTX exploit right after its bankruptcy filing as well.