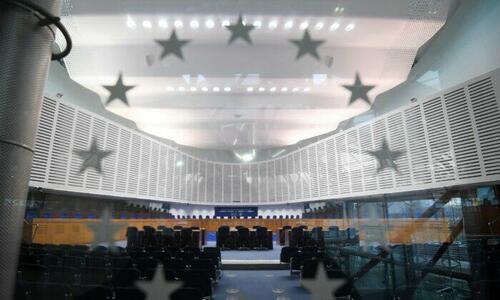 A Major Victory In A Small Country: Cyprus Shows Europe The Way Forward In Dealing With China

Authored by Peter Dahlin via The Epoch Times,

The holidays came early to Europe, with a gift for the rule of law and human rights protections offered not by some red-dressed, bearded man but rather by a court in Cyprus.

On Dec. 23, the court, which has been processing the first-ever extradition request from the Chinese regime since it ratified an extradition treaty, reached a verdict, which was very damning for China.

The Cypriot court is not the first court in Europe that has denied extraditions to China, of course, but the verdict itself, and the type of case it concerns, not only makes it precedent-setting in Cyprus, where China is already engaged in trying to have more people extradited, but likely to influence courts across the 46 countries across Europe bound by the European Convention on Human Rights (ECHR).

Previously, on the rare occasion extraditions have been denied, courts have consistently relied on people’s political risks, such as adhering to Falun Gong or the more general risk of torture, when denying extradition requests from China. In this case, however, and for what is, as far as is known, the first time in Europe, the court also denied the extradition requests due to a lack of fair trials in China. To many observers, it would seem like a given due to the nature of the Chinese criminal justice system. Still, courts have consistently been hesitant to address the issue, perhaps fearing it could be used in cases in other countries with known political interference in their judicial systems. In this case, the judge was damming in assessing the high risk of deprivation of a fair trial due to the general justice system in China.

Moreover, the Cypriot court also called out the high risk of arbitrary detention, another key provision that should, if such a risk exists, block any extradition from any European country bound by the convention (ECHR).

Tourists walk past a real estate promotion billboard in Chinese, which states that buying an apartment can earn permanent resident status, on the seafront promenade in the Cypriot resort of Paphos on Jan. 24, 2013. (Yiannis Kourtoglou/AFP via Getty Images)

Similar to the Swedish Supreme Court, it also ruled that China’s diplomatic assurances would not overcome the high risk of torture, arbitrary detention, and lack of fair trial. In fact, the lack of legal basis for China to offer such assurances was a key point in my own testimony at the hearing and sparring with the prosecutor. The prosecution, which acted only on what had been fed to them by the Chinese embassy, provided one factually wrong statement after another and could, frankly, be demolished. One key point is that neither the embassy nor the foreign ministry has any legal standing to offer any assurances that are legally binding and are, therefore, meaningless.

The case in Sweden, which was for what was then “the most wanted” man by China, saw a similar line of arguments. I was there, along with the human rights group Safeguard Defenders, to drive home the point in the testimony. In that case, the Swedish prosecution actually tried to get assurances from the only two bodies with the legal standing to issue them—the Supreme Procuratorate and the Supreme Court—but the Chinese side never responded to them and doomed their own case.

For Cyprus—a small country that depends economically on countries such as Russia and China and recently ratified an extradition treaty—to make such a strong and clear decision in its first-ever concluded extradition case is a major victory for the island nation. This is especially important as Beijing has undertaken a range of actions to undermine the judicial process by trying to force the target to give up his resistance, arresting several family members in China, threatening his wife (in Cyprus), and most recently, issuing an INTERPOL Red Notice on his wife. This decision makes it clear that such attempts to subvert the judicial sovereignty of a European country are unacceptable.

With two more cases pending in Cyprus, with a case not fully concluded in Poland, and more cases in Italy, Portugal, and Spain—all of them also bound by the ECHR—the small district court in Larnaca has done Europe and the European Union a great favor, and truly offered a Christmas gift for human rights protections to us all.

Now it’s time for larger European countries to follow suit and honor their legally-biding commitments to the rule of law and protection of human rights and deny Chinese extradition requests. The only way to gain leverage to get Beijing to improve its abysmal legal system is to uphold our higher standards and force the Chinese regime to adapt to them if it wants to pursue criminals and seek judicial cooperation.