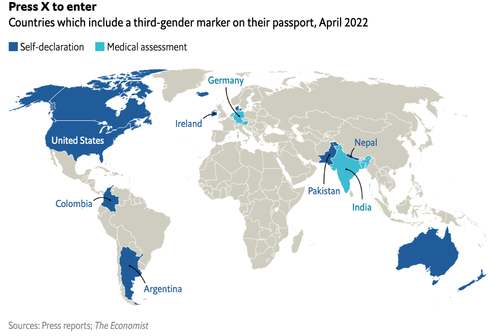 Years from now, historians will look back at the Swiss government’s decision to reject the introduction of a third gender option on official records as some sanity has returned to Europe. But the prevailing trend across the bloc is neighboring countries have added ways for residents to identify as nonbinary.

“The social preconditions for the introduction of a third gender or for a general waiver of the gender entry in the civil registry currently are not there,” the council continued.

According to the government, such options would require too many changes to the country’s constitution and laws at national and cantonal levels. They added now wasn’t the right time to overhaul the system, citing a 2020 report via the national ethics commission.

What’s absurd is that western governments are normalizing third-gender options where biology or, let’s say, “science” only says there are two: man and woman — that’s it.

When historians and archaeologists dig up graves from those in the western world hundreds of years from now, there will be no way to decipher which of the 72 genders those remains are. Instead will be either male or female.