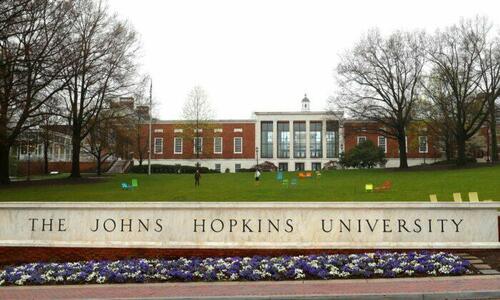 Authored by Bryan Jung via The Epoch Times,

Scientists have developed miniature gelatinous robots that can crawl through the human body to deliver medicine or diagnose illnesses.

The “gelbot” is powered by little more than temperature changes, and its innovative design, which resembles an inchworm, is one of the most promising concepts in the field of soft robotics, according to Jill Rosen of John Hopkins University.

“It seems very simplistic, but this is an object moving without batteries, without wiring, without an external power supply of any kind—just on the swelling and shrinking of gel,” said David Gracias, a professor in the Department of Chemical and Biomolecular Engineering at Johns Hopkins University and a senior project leader.

“Our study shows how the manipulation of shape, dimensions, and patterning of gels can tune morphology to embody a kind of intelligence for locomotion.”

The 3D-printed robot, which is made out of gelatin, is intended to replace pills or intravenous injections, which could cause problematic side effects.

The prototype was announced in the journal Science Robotics, on Dec. 14.

Gelbot May Revolutionize Medicine in the 21st Century

Compared to most robots that are made out of hard materials like metals or plastics, the revolutionary “gelbot”consists an innovative water-based gel which feels like a gummy bear, making it more suitable for its task.

The team at John Hopkins said that the gels can “swell or shrink” in response to temperature, in order to be used to “create smart structures,” and they were able to demonstrate how they could move the jelly-like robots forward and backward on flat surfaces and maneuver them in certain directions, with an undulating, wave-like motion.

Gracias envisions the medical devices crawling through a patient’s body to deliver medication to a tumor, blood clot, or an infection directly, while not disturbing healthy tissue.

Unlike swallowed tablets or injected liquids, which have a time delayed effect, the tiny robot could hold back a dose of medicine and then immediately inject it when it reaches its target.

The researchers foresee the “gelbot” revolutionizing how doctors examine their patients by working as minimally invasive devices to assist with diagnoses and treatments.

Gracias is also planning to program the robots to crawl in response to variations in human biomarkers and biochemicals and test other worm and marine organism-inspired designs, along with the addition of cameras and sensors to their bodies.

He further plans to use the “gelbot” for other purposes such as marine exploration, or to patrol and monitor the ocean’s surface to fight maritime pollution.

Other Research Teams Are Working on Similar Robotic Designs

The team at John Hopkins are not the only ones looking to come up with a miniature medical robot device.

Two and a half years ago, researchers at Cornell University announced a project to develop tiny microscopic machines with legs that could move inside a patient to deliver drugs or assist with diagnoses like the “gelbot.”

This design, utilizing a mini-computer, was able to move via laser impulses and was small enough to live next to microorganisms that already lived inside a human body.

“The new robots are about 5 microns thick (a micron is one-millionth of a meter), 40 microns wide, and range from 40 to 70 microns in length,” said the Cornell report.

“Each bot consists of a simple circuit made from silicon photovoltaics—which essentially functions as the torso and brain—and four electrochemical actuators that function as legs.”

The “millibot,”much like the “gelbot,” is designed to carry medical payloads directly to a tumor, blood clot, or infection to dispense drugs or investigate a patient’s inner workings, said Dr. Ruike Zhao, one of the project’s co-leaders.

Zhao claims that the “spinning-enabled wireless amphibious origami millirobot” is “the most robust and multifunctional robot we have ever developed,”  and that it “has broad potential application in the biomedical field.”