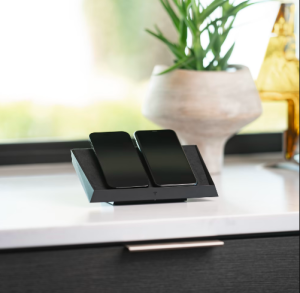 Tesla launched a Cybertruck-inspired Wireless Charging Platform for your mobile devices. Although this might make a great last-minute gift for Tesla owners and fans, it doesn’t ship out until February 2023–so more in line with Valentine’s Day.

Tesla noted that the design was “inspired by the angular design and metallic styling of the Cybertruck.” It provides 15W of fast charging power per Qi-capable devices such as your mobile phone or earbuds.  It can charge up to three devices simultaneously and is engineered with Freepower wireless charging technology.

Included in the box are the following:

Tesla also provided a setup and user manual which goes over how to configure the magnetic stand, route the cable through the stand and out the bottom, and charge the devices.


In November, Tesla added two new backpacks, the Mega [back] Pack and the Mini [back] Pack, which quickly sold out after they were added to the online shop. Those are now back in stock, but may not be for too much longer.

Both backpacks are made with premium vegan leather and come in black or white. This is a nod to the options of either color for the interiors of the line of vehicles.

Although a report noted that the Cybertruck was expected to begin mass production in late 2023, Elon Musk pointed out that the company was “in the final lap” of the vehicle’s development during Tesla’s Q3 2022 Earnings Call in October.