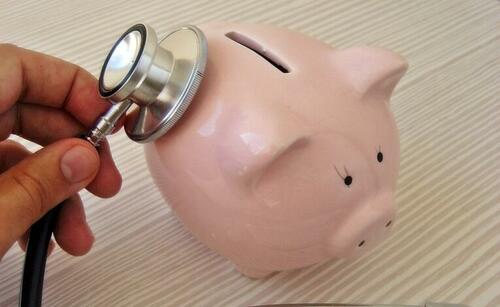 Doctors sounded the alarm after Thanksgiving: COVID, flu and RSV cases continue to climb, creating a triple threat pushing many hospitals to capacity. The Centers for Disease Control and Prevention calls it a “perfect storm for a terrible holiday season.”

One Boston hospital reports doctors caring for patients in the hallways of emergency departments. A mother in Silver Spring, Maryland, says her 6-year-old son had to wait a week for access to an intensive care unit after he was hospitalized with RSV. Similar stories have emerged in Michigan, New Jersey and elsewhere.

What public officials rarely mention is that all of these states, and most others, intentionally limit hospital bed supply. Before health care providers can enter a market, add a wing to an existing facility or reallocate space, they must get a government permission slip called a “certificate of need” (CON). Overall, 38 states and Washington, D.C., impose some type of CON requirement.

The approval process is cumbersome, often adding months and tens of thousands of dollars to urgent projects. Sometimes the government’s final answer is no, meaning private investors cannot spend their own money to expand medical services. Patients must settle for less.

CON boards focus instead on money. They consider how each proposed project might affect the bottom line of existing health care providers. Many states even allow incumbents to intervene on their own behalf, attacking the applications of potential direct competitors.

If states took a similar approach in other industries, McDonald’s could stop mom-and-pop burger joints from opening nearby. The Home Depot could block small hardware stores. And LA Fitness could criminalize new gyms.

The intent is to prevent health care overinvestment, supposedly to keep costs under control. But the reality is economic protectionism. Established providers gain access to an exclusive club closed to outsiders.

Membership has its privileges. CON holders don’t have to worry about startup enterprises luring away customers with faster, cheaper or friendlier service. The government runs interference, blocking entrepreneurship and protecting the status quo.

CON holders also can take their employees for granted. Limited supply means less mobility for doctors, nurses and other health care professionals, especially when states allow the enforcement of noncompete clauses on top of CON restrictions.

Patients are the ultimate losers. Hospitals make the most money when they operate near capacity, but the business model leaves families vulnerable during major outbreaks.

COVID already provided a wakeup call. California, Texas and 10 other states — covering 40% of the U.S. population — started the pandemic with an edge. They fully eliminated their CON laws years before the emergency, resulting in more hospital beds, surgery centers, dialysis clinics and hospices per capita than the national average at the end of 2019.

Other states had to backtrack. “Conning the Competition,” a report from our public interest law firm, the Institute for Justice, finds that 24 states and Washington, D.C., quickly suspended their CON requirements when COVID infections began to spread, allowing health care providers to respond more quickly to the crisis.

Rather than learn their lesson, most of these states returned to full CON enforcement by 2022 as if nothing happened. Now they are scrambling again.

What they fail to grasp is that putting artificial limits on hospital beds is a dangerous game. Policymakers ignore decades of evidence when they cling to CON laws. Congress found the federal CON law to be a failure in 1987 and repealed it. The Antitrust Division of the U.S. Department of Justice looked at CON laws again in 2008 and found no public benefit. Multiple studies since then show CON costs exceed the benefits.

Repealing CON laws would not end COVID, the flu or RSV. But it would end a rigged system that benefits big hospitals at the expense of entrepreneurs, health care professionals and patients — including the ones crowded out of emergency rooms and pediatric wards this holiday season.