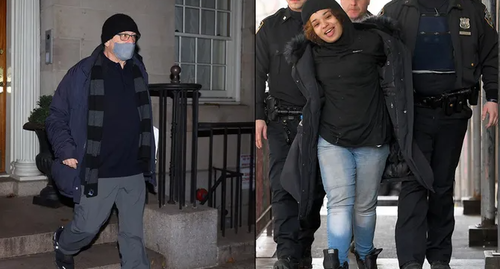 While liberals in Hollywood take every opportunity possible to espouse the Biden administration’s current policies and ignore the fact that U.S. cities are turning into third world crime ridden hell holes, criminals are literally breaking into their homes and stealing their stuff.

And when its a big, well known Hollywood actor that winds up the victim to the rising tide of crime in the country, all of a sudden everybody who has been quiet while the everyday citizen is being victimized is outraged.

Such was the case this week when legendary actor Robert De Niro’s New York City townhouse was broken into in New York City. While many fans took to social media to wish De Niro well, liberal politicians have mostly been mum on the crime, which is an obvious microcosm of the deteriorating state of U.S. cities.

30-year-old Shanice Aviles was arrested for breaking into the townhome while De Niro and his daughter were both at home. She stole Christmas presents from the home after breaking in through the basement, Fox News reported.

And of course, she’s a repeat offender – her rap sheet includes “more than two dozen arrests just this year comprised of petty larceny and burglary charges”.

You can tell by the photo provided by Fox News that she looks real scared of the forthcoming consequences for her actions. Here she is smiling, knowing she’ll probably be out on bail in just a matter of weeks, if not days.

New York City councilman Joe Borelli is officially done keeping his mouth shut. Appearing on Fox News this week, he said that the break-in was indicative of exactly how bad the situation in New York City has gotten.

“When you speak to any one of the progressive people on the council or the state legislature, they continue to advocate for less criminal justice rules, for the closing of Rikers Island, for the de-carceration of the carceral system, whatever that even means, and really spend more time fighting for the rights of criminal justice perpetrators rather than the victims of the criminal justice system,” he said.

“People who get burglarized are real victims of a very scary crime. It was probably not pleasant, Robert De Niro, to have a burglar in his house, and again, until we change the laws here, we’re not going to see drastic changes in our crime rates,” he continued, according to Fox News.

He concluded: “This was sort of a run-of-the-mill burglary, which unfortunately has become more commonplace in New York City. Robert DeNiro may not like Republicans, he may have an ax to grind with the former president, etc., that doesn’t mean that I want him to get burglarized. I don’t want any New Yorker to get burglarized.”

“But we see this catch and release system where a person who was arrested 16 times in the last 12 months, that person still gets offered de minimis cash bail. She gets referred to drug treatment programs instead of jail, and the net result of having no consequences is that she’s out there to burglarize people’s homes, including Robert DeNiro.”

“There is no explanation other than in a state legislature who refuses to act, even though the evidence is right before their eyes that repeat criminals are the ones causing all the crimes. The 19th police precinct did a fantastic job. They knew this person was likely to be burglarizing. They saw this record of her actions previously and were actually following her and tailing her, knowing that she was going to commit a crime.”

“If that doesn’t tell you all you need to know about the just systemic, broken nature of New York’s criminal justice system, then I’m not sure whatever will.”