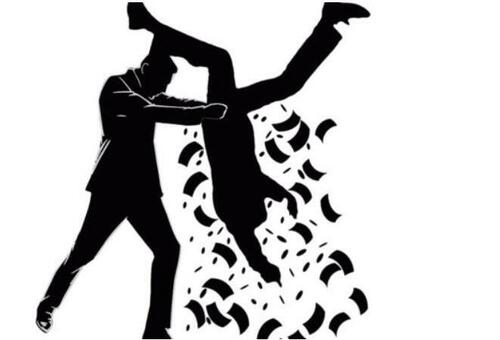 Authored by Jeffrey Tucker via DailyReckoning.com,

The latest inflation news was glorious, they said. The whole media told us so!

It’s easing, improving, better than it has been and headed in the right direction. So stop your kvetching and get out there and make (and spend) money. For that matter, throw around the credit card a bit and stop trying to save money.

Inflation is all but done! It’s pretty interesting because they have been saying this for the better part of 18 months.

In reality, the consumer price index rose 7.1% from a year ago. That’s terrible. Yes, not as terrible as last month, but look at the breakdown in detail.

So on it goes, and each month we get a report, and the intensity shifts from one sector to another. The perception that this is cooling is based mostly on the weighting scheme that yields the final number. This is no world in which we are watching the problem gradually disappear.

Wholesale Robbery of the American People

You can see the scale of the problem by looking at the so-called sticky rate of price increases over 14 years. This reveals which part of the overall index is truly embedded and less subject to exigencies of temporary market change.

This is wholesale robbery of the American people. That the thief stole a full place setting of silver last month but this month left the dessert spoon is hardly an improvement and a case for leaving the doors unlocked.

They’ve told us for 18 months that it’s not so bad and we should all stop kvetching about it. But it keeps being bad. The inflation is embedded and clearly has a long way to go before the momentum runs out of steam.

Five Years of This?

This is all having a devastating effect on the budgets of individuals. In fact, we see catastrophe brewing. The personal savings rate is a mere 2.3%. We have never seen anything so terrible in the entire postwar period but this is hardly a surprise. Why save money when it means losing 5%-plus each year?

And couple that with soaring credit card debt with interest rates that are running 20% and higher for typical plans. This is completely unsustainable. Something has to give.

The last time we dealt with such a devaluation was 40 years ago and it lasted fully five years before being tamed. The taming last time required federal funds rates in the double-digit range. We are nowhere close to that.

The idea that people are begging the Fed to stop the tightening lest the whole economy gets tanked is completely ridiculous. If the Fed is serious — and it appears to be for now — it has a very long way to go before the thief stops the steal.

(Which occurs to me: A good trending hashtag against inflation might be #stopthesteal. Just throwing it out there).

How We Got Here

The new age of inflation kicked off in March 2020, when the Fed made the fateful decision to accommodate any and all spending by Congress in the name of virus control. Congress authorized the spending out of debt, the Treasury issued the debt and backed it with the full faith and credit of the U.S. government and the Fed got busy pushing it into its balance sheet, buying it all with newly created money.

Things seemed fine for a while. Indeed, it was better than fine! Checks were flying out of Washington straight into the bank accounts of individuals and businesses. What a world it seemed to be! No work, no productivity and yet real income was soaring. So were savings.

Things weren’t so hot for the kids, who had no school, and for millions of businesses forced to close. Workers in industries that could not rely on online magic — there is no app that cuts your hair or does your nails — found themselves bored out of their minds, and turned to food and other substances that added in poundage what many people started calling the “COVID 19.”

Those days also saw the reversal of an attempt by the Fed finally to fix its balance sheet problems dating back from 2008. For 14 years, the Fed kept the federal funds rate running at less than 0% return. That meant a serious punishment to anyone who wanted to save money and set off a mad scramble for return somewhere along the yield curve.

They found it in wildly speculative investments in media and tech, industries that became bloated beyond any plausibly sustainable size.

And with that came a weird feature of the profitable businesses in those days. They were so profitable that they could stop caring about profitability! Instead, corporate America shifted its concern from serving customers and stockholders toward very strange managerial and financial exotica like ESG, DEI and spying and censoring for the federal government. Their idle hands were indeed doing the devil’s work.

There is absolutely a relationship between this extended business boom funded by the Federal Reserve and the rise of woke ideology in the further reaches of the borrowing curve. This is precisely how corporate America turned toward leftist ideology while abandoning its traditional attachment to old-style free enterprise partisanship.

This is how it came to be that the Democrats enjoyed such a vast amount of support from businesses. This proved to be a disaster for American culture and politics.

If you have a look at all the Twitter 1.0 revelations pouring out, you see the essence of the problem. These privileged brats who were running Twitter cared not a whit about profits. Their only interest was in blocking and deboosting based on political ideology in ways that would go undetected.

And this runs completely counter to the promises made by the CEO and staff under oath. They had sworn in hearings that nothing of the sort was going on. We are finding out now that this was the main thing going on! This is also why Elon Musk was able to fire over 50% of workers and cause the platform to become better than ever before.

Twitter is but one example but it makes the point. A world of easy money is a world without restraint in which every cockamamie ideology can ride high. The Fed was in the process of fixing this problem in 2019 but reversed course under the guise of supporting the pandemic response.

Of course, the only result of that was to prolong lockdowns: When you subsidize something, you get more of it and longer.

The right takeaway: This was all a preventable disaster. No virus and no act of nature robbed you of your money. It was the direct effect of egregious public policy. It began under the leadership of Ben Bernanke, who actually won a Nobel Prize for his efforts.

No End in Sight

The currency regime at the Fed is now being forced into finding a fix but they are a long way from solving the problem. At the end of this, the pandemic response might end up slicing off a quarter or more from every dollar.

The only plus side is watching the puffed-up sectors of Big Tech and Big Media be cut down to size. We’re now in a position of finding out ever more about the outrages that were going on at these companies, and how they all cooperated with the government to end our privacy and speech rights.

Are people angry? If they are not, they should be.

Don’t let the major media troll you. This is a systematic pillaging taking place. I wish I could say that there is an end in sight, but I’m not seeing it yet.