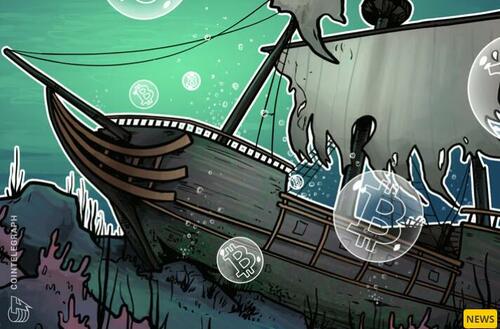 The company said in a statement that the decision followed “a comprehensive review of potential alternatives and exhaustive discussions with various company stakeholders.”

Core Scientific added that it expects to enter into a restructuring support agreement with the Ad Hoc Noteholder Group, representing more than 50% of the holders of its convertible notes.

“The filing of these cases was necessitated by a decline in the Company’s operating performance and liquidity suffering from the prolonged decrease in the price of bitcoin, the increase in electricity costs necessary to power the Company’s data centers, and the failure by certain of its hosting customers to honor their payment obligations,” per the statement.

Core Scientific said it is “committed to operating normally” as it moves “swiftly through the process” of restructuring.

“During this process and upon emergence, the Company will continue to operate its existing self-mining and hosting operations, which remain significantly cash flow positive on a debt-free basis,” per the statement.

“The Company remains dedicated to providing hosting services and self-mining in its state-of-the-art data centers.”

On Dec. 14, financial services platform B. Riley offered to provide Core Scientific with $72 million in non-cash financing – $40 million with zero contingencies and $32 million with conditions – to retain value for stakeholders. The decision was made after Core’s valuation fell from $4.3 billion in July 2021 to $78 million at the time of reporting.

As a direct result of an extended bear market, Core Scientific had to sell 9,618 BTC in April to stay operational. A CNBC report quoted a person familiar with the company’s finances as saying that the Bitcoin mining company would file for Chapter 11 bankruptcy early on Dec. 21.

While the company continues to generate positive cashflows, the income is not sufficient to cover the operational costs, which involve repaying the lease for its Bitcoin mining equipment.

The report also suggests that Core Scientific will continue its mining operations and has no plans to liquidate. When B. Riley offered a lending hand, the company’s stocks momentarily surged nearly 200%, but has since seen a steady decline.

On Oct. 26, a Core Scientific filing with the United States Securities and Exchange Commission indicated financial distress. According to the company, the primary reasons for this situation were low Bitcoin prices, increased electricity costs, an increase in the global Bitcoin hash rate and the bankruptcy of crypto lender Celsius, which wiped out the debts owed to Core Scientific.

Core Scientific has not yet responded to Cointelegraph’s request for comment.

Tech giant Microsoft recently restricted its cloud users from mining cryptocurrencies as a measure to increase the stability of its cloud services.

As Cointelegraph reported, Microsoft updated its acceptable use policy on Dec. 1 to clarify that “mining cryptocurrency is prohibited without prior Microsoft approval.”

The company said its intent was to protect customers by reducing the risk of disruption or impairedservices in the Microsoft Cloud.