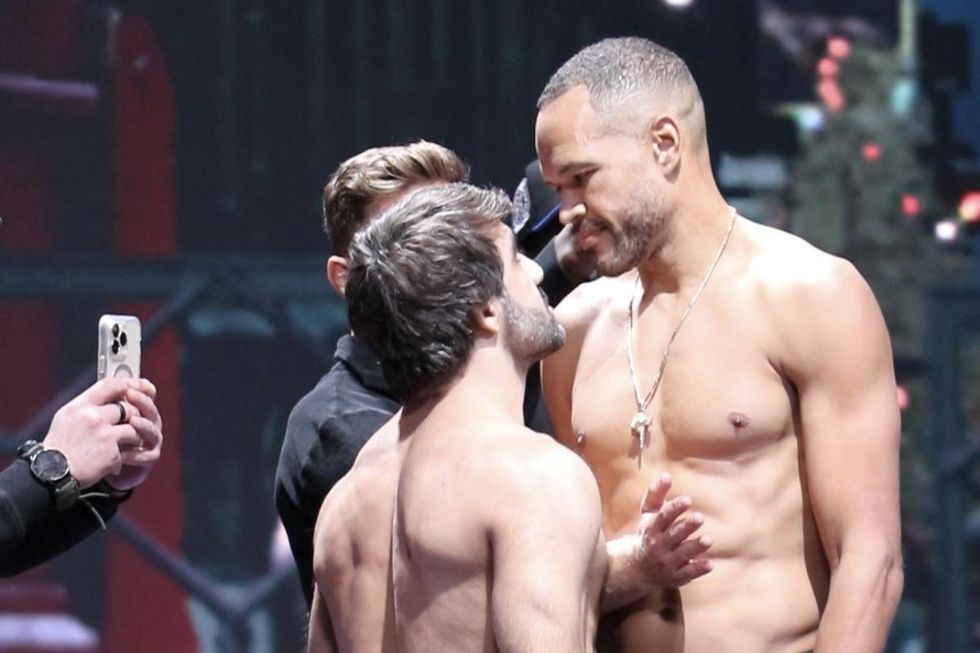 In a battle of aging karate legends, Rafael Aghayev defeated Black Belt hall of famer Raymond Daniels by unanimous five-round decision Saturday night in the welterweight main event of Karate Combat 37. Daniels, one of the most successful American open tournament fighters ever and a former Bellator kickboxing champion, looked a step slow at age 42 as the shorter Aghayev darted around him for much of the fight.

The 37-year-old Aghayev, a five-time World Karate Federation world champion and silver medalist at last summer’s Olympic Games, nimbly avoided many of Daniels attacks early on, at one point ducking under his kicks and then dropping down to throw a charging Daniels over his head in the first round. Daniels vaunted kicking attack was largely ineffective as Aghayev repeatedly caught his roundhouse kicks countering with hard overhand lefts that dropped Daniels to the mat several times cinching the decision victory.

The co-main event saw Jesus Lopez display a nice mix of punches, kicks and the occasional judo throw to take the bantamweight championship from Eoghan Chelmiah by split decision.