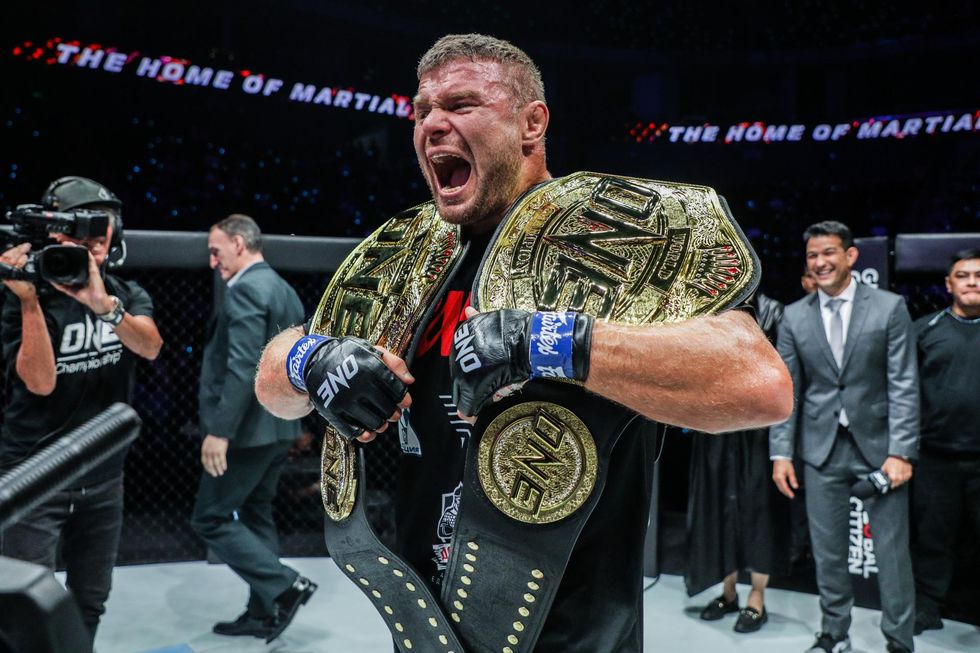 Reinier De Ridder is no longer a two-division champion in ONE Championship. However, he is not going to let a setback stop him from using the experience to make himself a better athlete and person.

“Let me get some thoughts out here. This fight did not happen as I imagined,” began De Ridder.

“This is the risk I take every time I step into the cage and I have my reasons to accept that risk, mostly because I want to do something special with my life. I don’t need to fight to take care of my family, but I do and it can be tough on them. I’m grateful for all the support I get from my loved ones and all of you out there. I’m happy to be back home.”

And he has been doing something special with his life. Up until ONE on Prime Video 5, De Ridder had been an unbeaten figure in the mixed martial arts world. He was able to showcase his dominant ground game and capture two World Championships with show-stealing performances. Although he lost his light heavyweight crown, he still wears the middleweight gold and reigns over the division.

“After all this, I would only be ashamed if I would not use it to become a better man. Maybe this is what I needed to take the next step in my evolution. We’re analyzing the fight and everything else. I’ll use this to reach a new level. The only way to move on is by doing what I do best: continuous hard work.”

With his prior performances and tireless work in the gym, it is only reasonable that fans should expect the next version of Reinier De Ridder to be the best yet. That is a scary proposition for the middleweight division. “The Dutch Knight” is motivated to get back to work and evolve into an even more dangerous champion.

De Ridder’s response to his loss should be an example to all martial artists. While it was a tough defeat, the martial arts spirit is to overcome adversity and face difficulties head-on. That is exactly what De Ridder is doing.