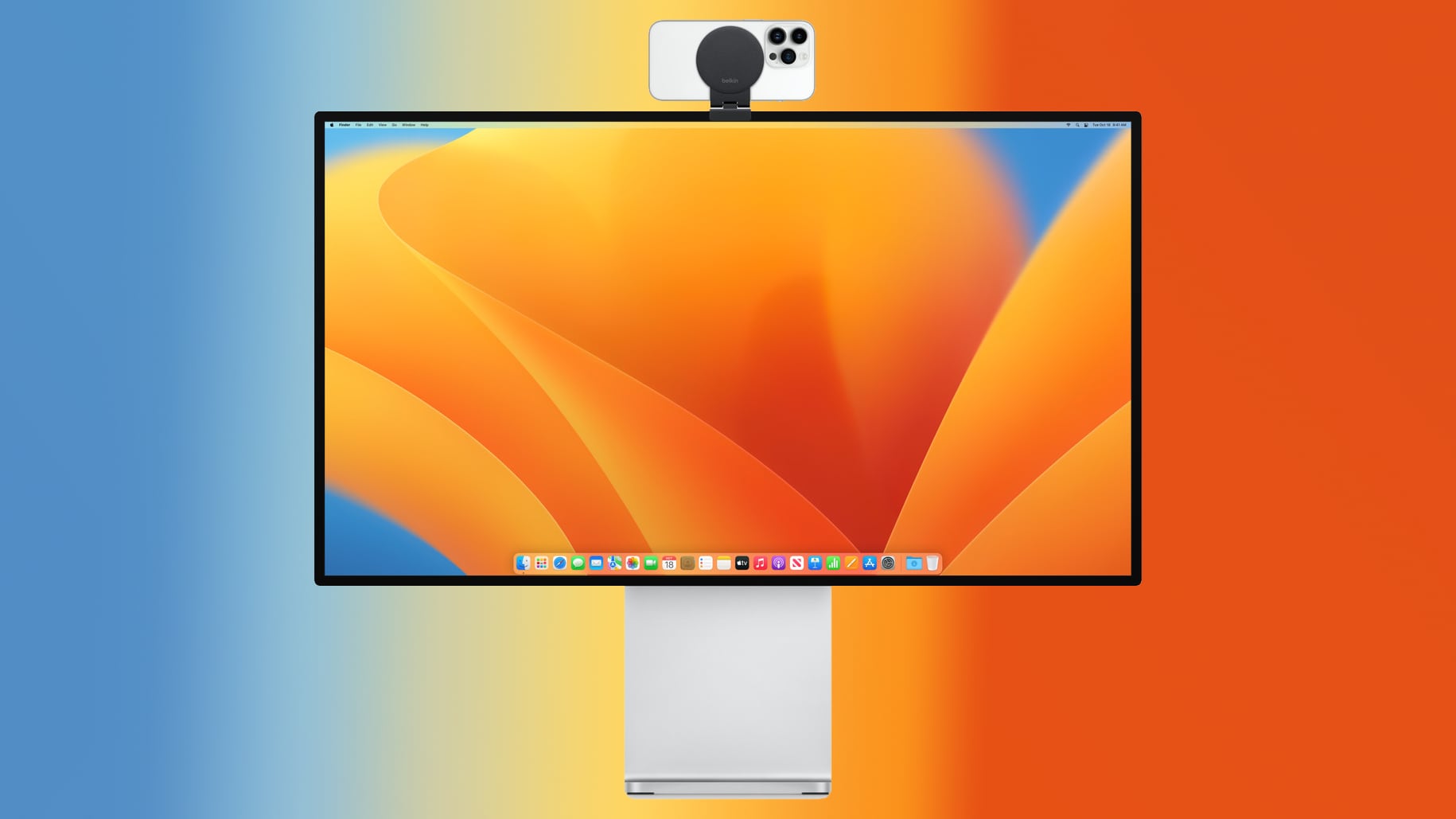 Belkin is expanding its line of MagSafe-compatible Continuity Camera mounts with the launch of the Belkin iPhone Mount for Mac Desktops, which is able to attach to iMac models and different displays.

Priced at $30, the Belkin iPhone Mount for Mac Desktops joins Belkin’s existing Continuity Camera mount that’s available for Mac notebooks like the MacBook Pro and the MacBook Air. The mount is designed to attach to the top of an ‌iMac‌ or external display, and then a compatible MagSafe ‌iPhone‌ can be placed on the ‌MagSafe‌ mount.

When attached to a Mac through the mount, the ‌iPhone‌ can be used as a webcam for FaceTime and other video apps. Both landscape and portrait mode are available, and the mount enables all Continuity Camera features including Center Stage and Desk View.

The mount is listed as being compatible with most external displays and monitors, and it also works with a standard 1/4″ tripod screw.

There is a new Belkin iPhone Mount for use with Continuity Camera available to order at Apple now. This should be great for use on Studio Displays, Pro Display XDR, and more. Can’t wait to try it out. https://t.co/CYejxtqg7i pic.twitter.com/l5uaCKBBvt

Belkin’s ‌iPhone‌ Mount for Mac Desktops is listed on Apple’s online store, but it is not yet available for purchase. It initially launched with late January delivery, but is now listed as unavailable.