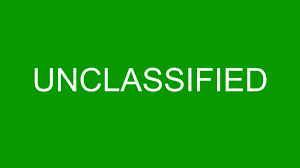 Of the four countries that have conducted such ASAT tests, the U.S. is the only one that voted in favor of the resolution, while China and Russia voted no and India abstained.

“We can’t continue to contribute to the debris that we find in the space domain,” Dickinson said in a telephone news conference with reporters in Asia. Most of that debris lies in crucial low Earth orbit, which has become “congested, competitive and contested,” he said.

Even tiny shards of metal can pose a danger and the number of objects is growing rampantly. Space Command is tracking more than 48,000 objects in near Earth orbit, including satellites, telescopes, space stations and pieces of debris of all sizes, up from 25,000 just three years ago, Dickinson said.

China in 2003 became the third government to send an astronaut into orbit on its own after the former Soviet Union and the U.S. Its program has advanced steadily since.

The Chinese space program drew rare international criticism after it conducted an unannounced test in 2007 in which it used a missile to blow up a defunct Chinese satellite, creating debris that continues to pose a hazard.

Beijing believes that “space is a very important piece to not only their economic or the global economic environment, but also the military environment, so we continue to watch that very closely as they continue to increase capabilities,” Dickinson said.

The secretive Chinese program is run by the ruling Communist Party’s military wing, the People’s Liberation Army, precluding it from participating in the International Space Station or engaging in most forms of cooperation with NASA.

Proceeding with little outside help, China last month launched the last of three modules for its own space station, which briefly hosted six Chinese astronauts in space during a turnover of the three-person crew. It also has rovers on the moon and Mars and is planning a crewed lunar mission sometime in the future.

With U.S.-China tensions high over Taiwan, the South China Sea, trade and technology, space is increasingly becoming a potential flash point. In addition, the Pentagon last week released an annual China security report that warned Beijing would likely have 1,500 nuclear warheads by 2035, and that it has provided no clarity on how it plans to use them.

China continues to “build capabilities that, really quite frankly, hold most of our assets at risk in the space domain,” Dickinson said.

Russia’s invasion of Ukraine has further showed space to be a “contested domain that must be protected. It’s a role that we at U.S. Space Command take very seriously,” he said.

“I’m seriously focused on our pacing challenge, China,” Dickinson said, using a description of Beijing that has become standard in the Pentagon. “The unified stance of our allies and partners is critical in countering the coercion and subversion that threatens the international rules-based order here in the Indo-Pacific and beyond,” Dickinson said.

2023.02.02 1
Pentagon kicks off 5G competition to upgrade base communications

India to boost defense spending 13%, with billions for new weapons