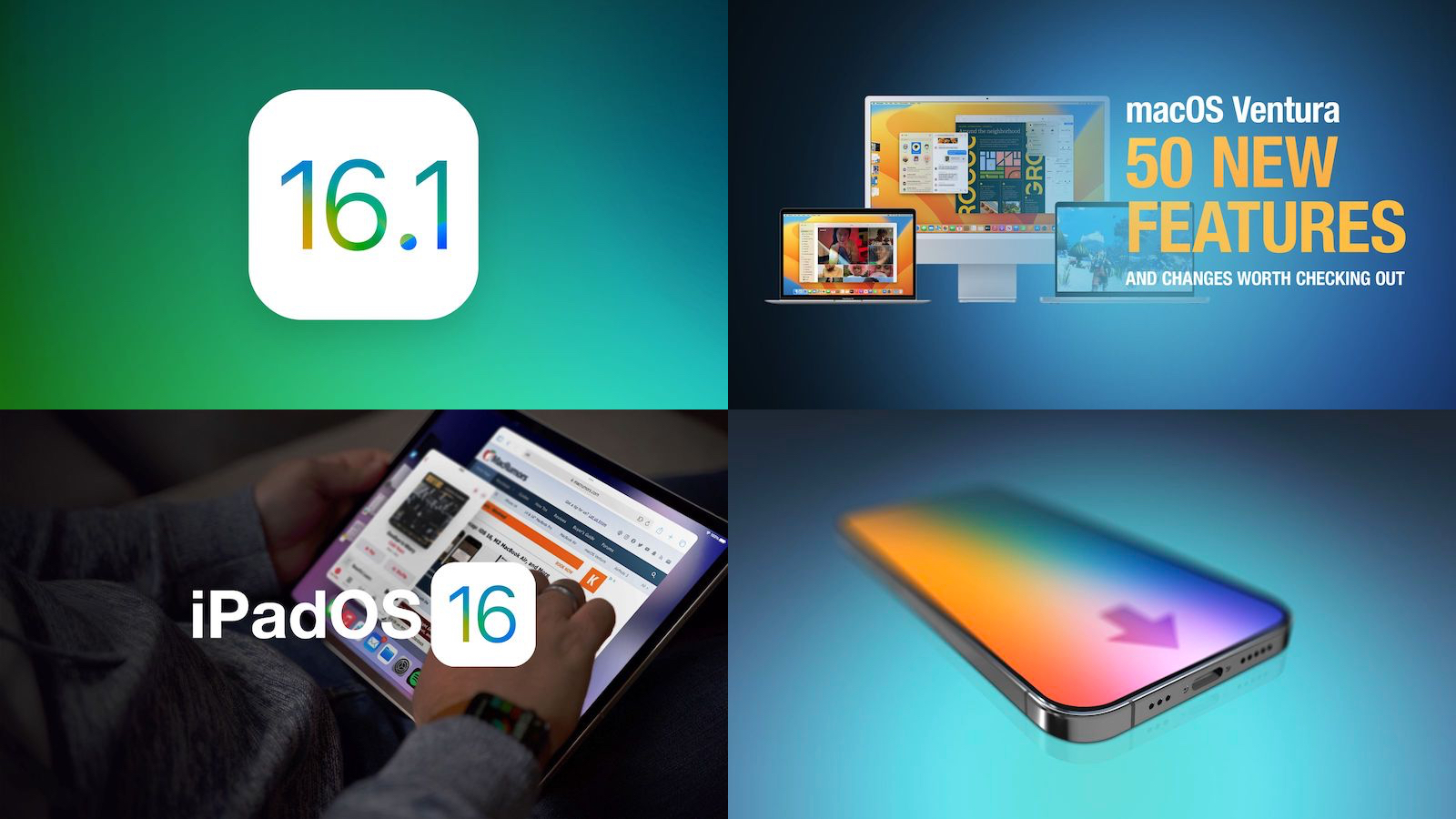 October is drawing to a close with plenty to talk about in terms of new hardware and software releases from Apple, while we’re also looking ahead with iOS 16.2 and future hardware.

Read on below for all of the details on everything Apple released this week, including our early hands-on look at Apple’s new iPads, plus a rumor about Apple’s biggest-ever iPad and more!

It was a busy week for Apple in terms of software, as the company released iOS 16.1, iPadOS 16, and macOS Ventura with a long list of new features for the iPhone, iPad, and Mac.

We’ve rounded up everything new in iOS 16.1, including support for Live Activities in third-party apps (check out our list of apps), iCloud Shared Photo Library, support for Matter accessories, and more.

As for hardware, new iPad Pro models and a redesigned 10th-generation iPad launched this week after being announced last week. We shared a hands-on look at both devices on our YouTube channel. The new Apple TV 4K launches next Friday, November 4.

iPadOS 16 was finally released to the public this week following over four months of beta testing. One of the update’s key new features is Stage Manager, which allows multiple apps to be used in overlapping windows for improved multitasking.

Unfortunately, Stage Manager has been criticized as a “poorly tested” feature with a “muddled constellation of missing features, bugs, and confusing interactions.”

macOS Ventura: 50 New Features and Changes Worth Checking Out

Following the release of macOS Ventura, we have shared a list of 50 new features and changes worth checking out in the software update.

macOS Ventura‌ is a major update that introduces a new multitasking experience on the Mac with Stage Manager, overhauls multiple stock apps like Mail and Messages, adds support for using an iPhone as a Mac’s webcam with a newly released Belkin accessory, and more.

Apple is developing a larger 16-inch iPad that it hopes to release in the fourth quarter of 2023, according to a report this week. This would be the largest-ever iPad model, topping the 12.9-inch iPad Pro.

The supersized iPad would have the same screen size as the 16-inch MacBook Pro, providing users with a much larger canvas to work with. It was previously rumored that Apple is also planning a 14-inch iPad Pro.

In an interview this week with tech reporter Joanna Stern, Apple’s marketing chief Greg Joswiak admitted that the company will “have to comply” with an EU law requiring devices like the iPhone to adopt USB-C as a common charging port starting in 2024.

Apple’s software engineering chief Craig Federighi also participated in the discussion, which touched on the lack of iMessage on Android and many other topics.

Everything New in iOS 16.2 Beta: Freeform App and More

Shortly after releasing iOS 16.1, Apple made the first beta of iOS 16.2 available to developers and public beta testers with even more new features.