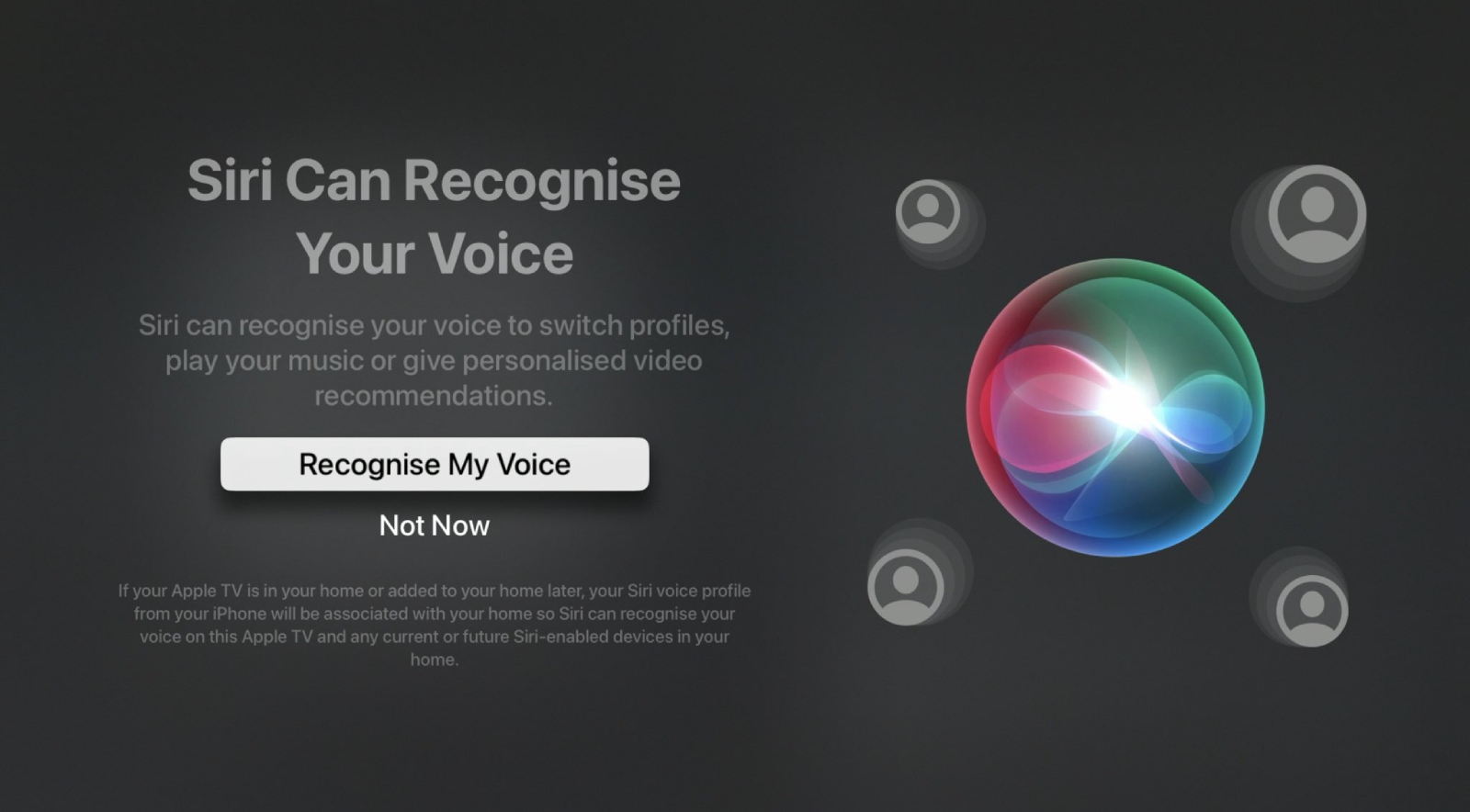 The first tvOS 16.2 beta seeded to developers this week enables Siri voice recognition on the Apple TV for a more personalized experience.

The new feature allows Siri to recognize your voice and switch to your Apple TV user profile, play your music, and provide personalized recommendations for videos, with support for up to six family members, according to Apple. The feature will be available for all users when tvOS 16.2 is released later this year — likely in December.

As noted by Screen Times editor-in-chief Sigmund Judge, it is possible to associate your Siri voice profile from your iPhone or iPad with your Apple TV. Judge shared a preview of the feature on Twitter, but it is not fully functional yet in the beta.

Still plenty of questions to be answered. Unfortunately the feature doesn’t seem to be fully functional as of beta 1. pic.twitter.com/e7x80SAb63

Apple released tvOS 16.1 earlier this week with a new compact Siri interface and added support for “Hey Siri” voice commands via AirPods on the Apple TV.

The Apple TV 4K received a spec bump last week, with new features including an A15 Bionic chip, HDR10+ video support in compatible apps, up to 128GB of storage, a Siri Remote with a USB-C port for charging, a thinner and lighter design without an internal fan, and more. Pricing now starts at a lower $129 to $149 depending on the configuration.