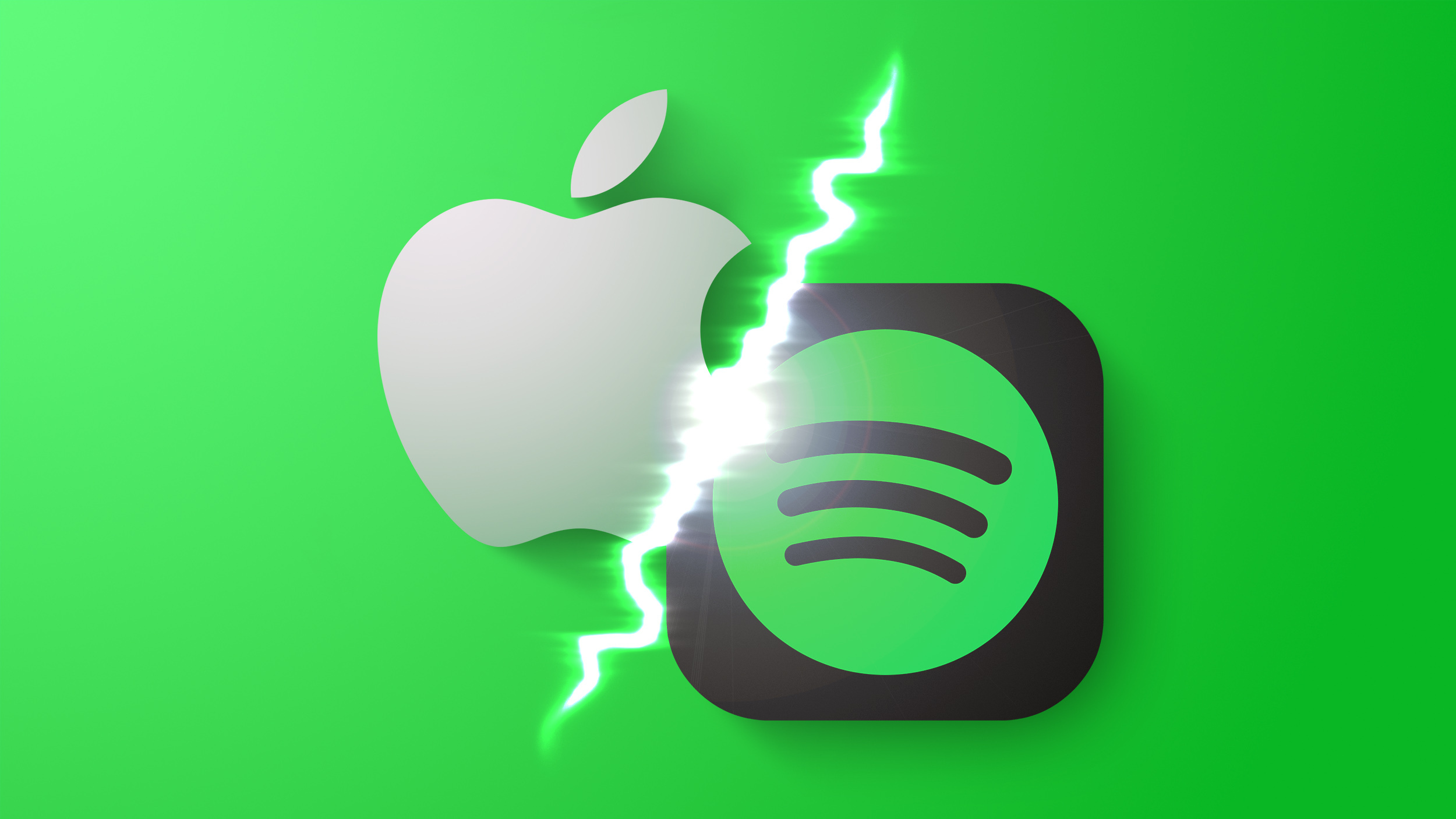 Apple and Spotify are once again feuding as Spotify attempts to break into the audiobook market, reports The New York Times. Apple has reportedly rejected Spotify’s latest app update three times in the last month.

Over the years, Apple and Spotify have had a long running dispute over Apple’s App Store policies, with multiple public conflicts over app and subscription fees and app rejections due to Spotify’s attempts to skirt the up to 30 percent cut that Apple takes from purchases.

Apple says that Spotify is again trying to get around its ‌App Store‌ rules, and the Cupertino company claims that Spotify’s audiobooks update is not in line with guidelines that cover how apps can communicate with users about purchasing options outside of the ‌App Store‌.

Apple last year agreed to an App Store rule change that allows developers to use communications like email to share information methods about payment options that are available outside of an iOS app, but Spotify is running into issues attempting to implement this feature. With the rule change, Spotify wanted to direct customers to buy books online to listen to in the app, rather than giving Apple a cut of its audiobook sales.

Apple apparently told Spotify that it can send customers emails about online purchases, but Spotify is not able to offer a button inside of the app to request emails. The feature was designed with Spotify’s legal team involved, and Apple initially approved the update in September, but later reversed course, rejecting subsequent updates.

Spotify designed a nine-step process for purchasing an audiobook, which involved a customer tapping on an audiobook and seeing a screen with a lock over the play button. Pressing on the play button provided customers with a page where they could request information on how to buy a book through an email, and the email offered up a link to purchase the book.

According to The New York Times, an Apple spokesperson said that Apple does not have objections to audiobooks in the Spotify app, but Spotify cannot circumvent the rules around web addresses and language encouraging customers to make purchases outside of the app.

After the multiple rejections from Apple, Spotify released a version of the app that removes information about how to purchase an audiobook from the Spotify website, which Apple did approve. Spotify now informs users that there is no option to buy an audiobook in the app. “We know it’s not ideal,” says Spotify in the app text.

Spotify in 2019 filed a regulatory complaint with the European Union over Apple’s ‌App Store‌ practices, and it maintains an anti-Apple “Time to Play Fair” website. Spotify has continued to meet with European regulators, but the case has not concluded as of yet. Spotify has also sided with Epic Games in the Epic Games v. Apple legal battle, and it participates in the “Coalition for App Fairness” alongside ‌Epic Games‌, Tile, and others who are unhappy with Apple’s “anti-competitive” policies.