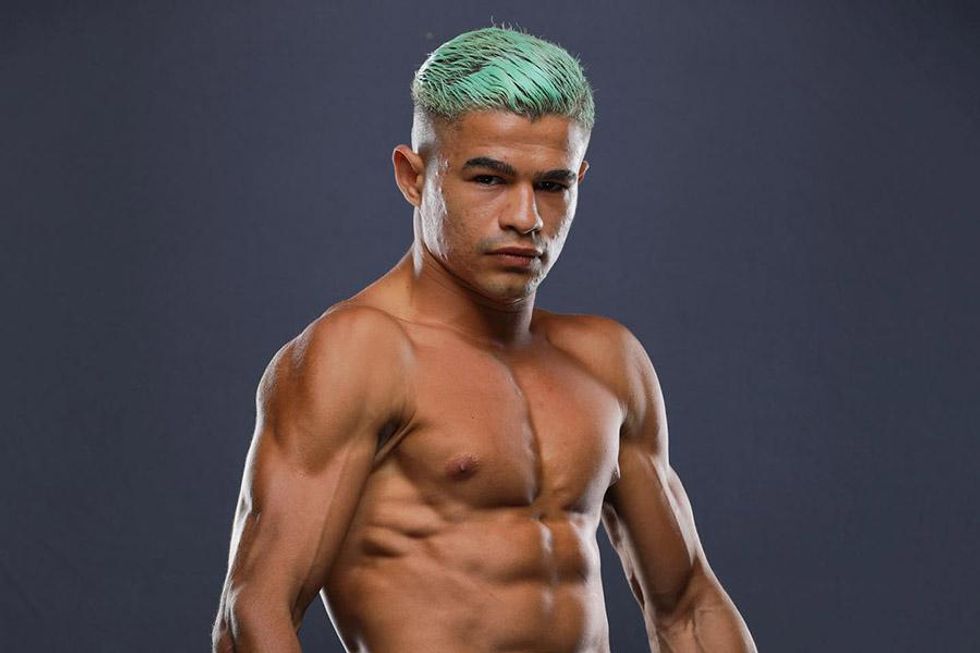 Fabricio Andrade had his expectations set high for ONE on Prime Video 3. He was ready for the main event and was on the brink of becoming the new ONE Bantamweight World Champion with a win over John Lineker. However, an errant strike led to a no contest after an accidental low blow on his fellow Brazilian.

But it didn’t take long for the ONE Championship star to share his opinion on the ending via social media. “Wonder Boy” discussed the result on Instagram, and he was not shy in taking more shots at “Hands of Stone” along the way.

“The fight didn’t end as I expected. I was feeling very comfortable, very confident, in the fight, and I made a mistake and hit him with a low blow. Honestly, I don’t think it was enough to make him stop the fight, but he knew in the third I just dropped him with a body knee,” said Andrade.

“He took the easy way out. He brought out a broke cup. Nobody can guarantee that it was actually from the fight cause he was acting like he knew the cup was broken. Honestly, I don’t believe I broke the cup. Maybe it was already broken.”

Andrade had routinely called Lineker a “chicken” ahead of the meeting, and his feelings continue to be much of the same following how the ending played out. The bantamweight contender is fed up with Lineker. With no finality to the matchup and harsh words exchanged after the fact, it may be apparent that a rematch is in order.

However, Andrade is open to competing against another top contender instead of Lineker. The rising Brazilian star wants to return to the ONE Circle in the very near future for a shot at the vacant ONE Bantamweight World Championship, and he doesn’t believe it needs to be against Lineker.

“The guy has been running from me for a long time. He comes in here, doesn’t make weight, and now he gave up on the fight like that. It’s frustrating for me. I don’t believe he wants to face me again. If he wants a rematch, he can rematch me anytime,” said Andrade.

“You can see I’m fresh. I took no damage from this fight, but I wanna be active. I wanna fight as soon as possible, and I don’t think this guy wants a rematch with me so maybe let’s put another guy for the title because he couldn’t even make weight, so now the title is vacated.”

“If he don’t wanna fight, and I believe he don’t want anymore, especially after I picked him apart like that, give me another guy. I just want to get my title. Everybody knows that I am the champion. I proved in this fight that me and Lineker are not on the same level.”

Andrade’s confidence has not been shaken after the unfortunate result, and he seems to be as determined as ever to claim gold in the bantamweight division. “Wonder Boy” is focused on a goal, and the results inside the Circle have proven to elevate him to the top of the mountain. Only time will tell when he can step back onto the global stage and get another crack at his first world title.

ONE Championship on Instagram: “Fabricio “Wonder Boy” Andrade shares his thoughts on the ending of his fight with John Lineker at ONE on Prime Video 3 🤔 @fabricioandrade1

The Shocking End To John Lineker vs. Fabricio Andrade 😱

The unfortunate end to the main event showdown between John Lineker and Fabricio Andrade at ONE on Prime Video 3!#ONEonPrimeVideo3Subscribe and turn on notif…