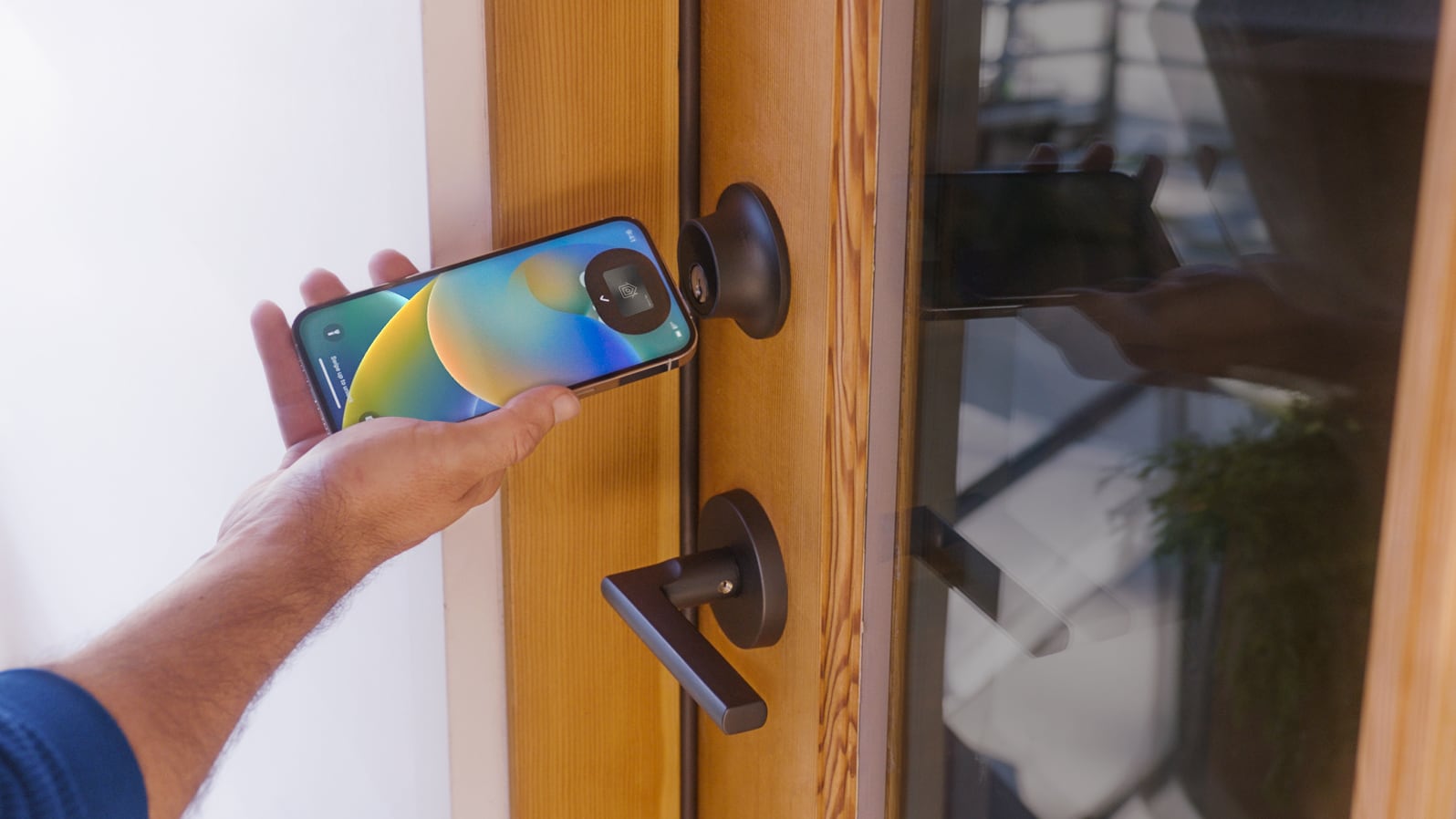 Smart lock maker Level today announced the official launch of its Level Lock+, which is now available for purchase from Apple’s online store. The Level Lock+ has been in Apple retail stores since last week as part of a soft launch, but those who do not live near a store location can now order it online.

Level Lock+ is an Apple exclusive product, as it is designed to work with the Home Keys feature from Apple. With Home Keys, users can tap an iPhone or Apple Watch on the lock to unlock their homes, with the device serving as an alternative to a key.

Smart locks that are HomeKit integrated have worked for some time, but Level Lock+ shows up in the Wallet app and it has Home Key features such as the ability to use power reserve to unlock a door even when the ‌iPhone‌’s battery is dead.

The Level Lock+ is equipped with a powerful NFC antenna, and the company says that it is BHMA AAA certified, which is the highest industry standard for safety and durability. Like the original Level Lock, the Level Lock+ has a sleek design that looks more like a standard door lock than a smart lock. Installation requires a screwdriver and Level claims that it takes less than 15 minutes to set up.

With the Level app, there are options for sharing access with guests, and auto locking and unlocking as a keyed ‌iPhone‌ approaches. There are also tools for setting up keycards that can activate the Level Lock+, activating the lock through the Level app, and an optional $79 Level Keypad that allows for entry through a key code.

The Level Lock+ is available in Satin Nickel and Matte Black and it can be purchased from Apple for $329.