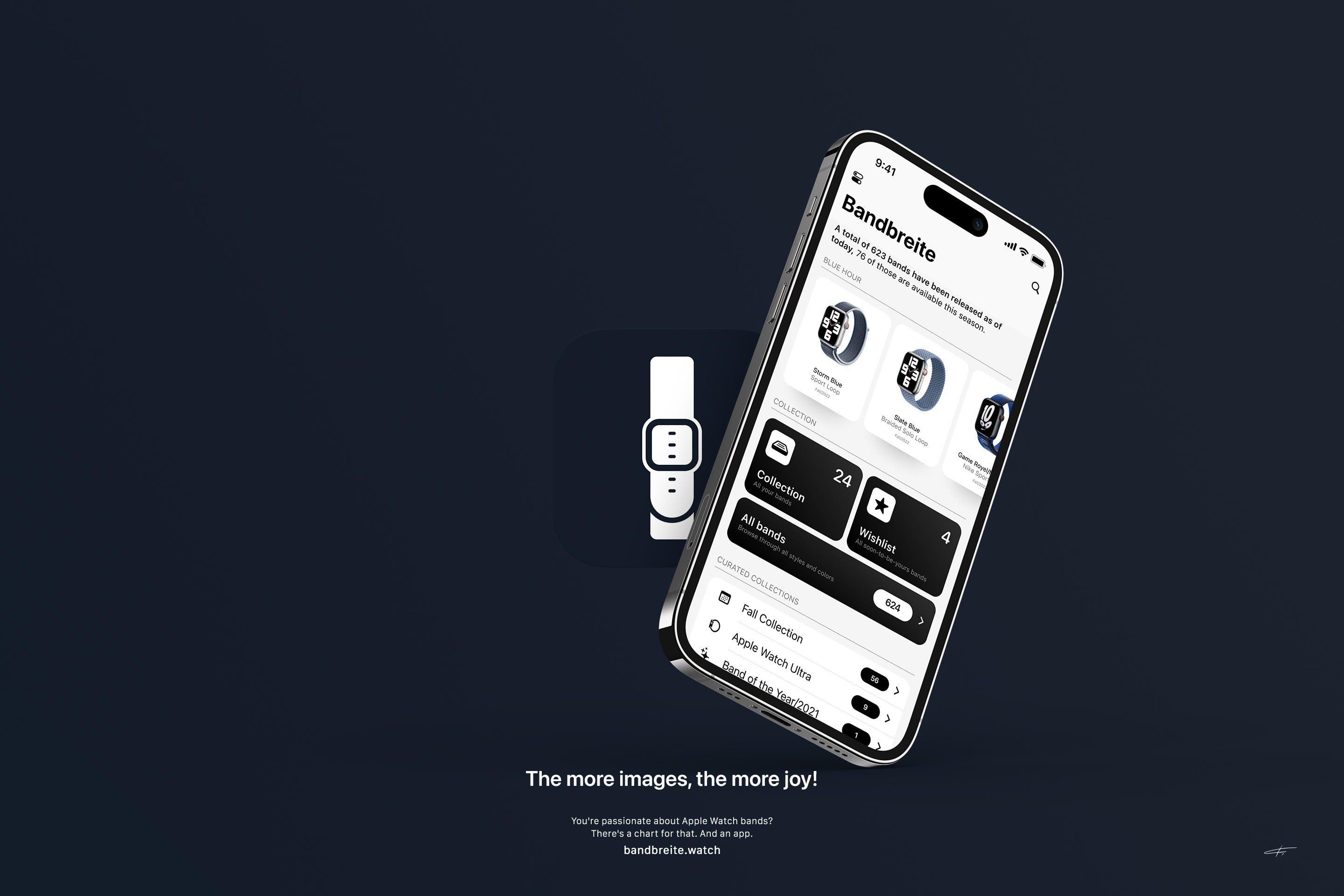 Bandbreite is an app that provides comprehensive information about every official Apple Watch band ever released, including details such as color, release date, model number, and price. The app also lets you keep track of bands that you already own, complete with stats and insights about your collection, such as which colors you prefer most.

The app was updated this week to version 1.7 with several new features, including galleries of images for nearly every band, the ability to share stats and insights about your Apple Watch band collection with others, and many other improvements. Bandbreite is free on the App Store, and if you like it, you can consider buying the developers a coffee.

Bandbreite was first released in September 2020 by Filip Chudzinski and other Apple Watch band collectors, designers, and software engineers from multiple countries. The idea for the app stemmed from an ongoing MacRumors forum thread tracking every Apple Watch band and there is also a handy chart of bands available alongside the app.