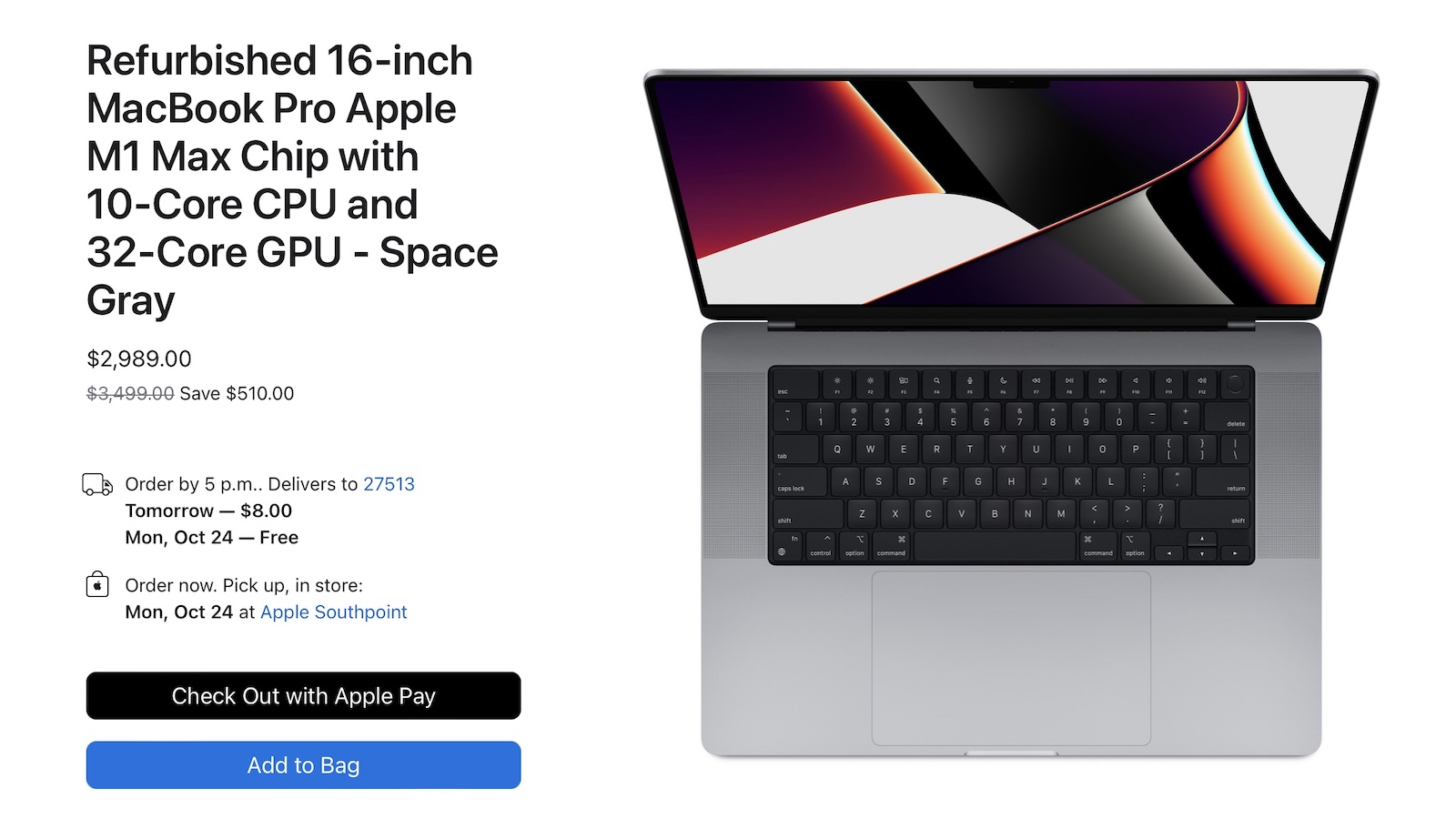 While we noted yesterday that Apple had cut prices on refurbished units of some older iPad models alongside the introduction of updates for the iPad Pro and ‌iPad‌ lines, the company also reduced refurbished prices for some other product lines that did not see updates.

Most notably, Apple has cut prices on its refurbished 14-inch and 16-inch MacBook Pro models with M1 Pro and M1 Max chips, offering customers additional savings ahead of updates expected as soon as next month. From their April debut through earlier this week, refurbished ‌M1 Pro‌ and ‌M1 Max‌ MacBook Pro models were priced at roughly 10% off compared to corresponding brand-new models, but they have now been reduced to approximately 15% below brand-new pricing.

For example, the entry-level 14-inch model normally priced at $1,999 was originally available refurbished for $1,799, but as of this week the price has dropped to $1,709. Similarly, a stock high-end configuration of the 16-inch MacBook Pro is priced at $3,499 brand-new and was initially offered refurbished for $3,149 but has now dropped to $2,989.

Refurbished older MacBook Pro models have dropped even more, such as with the 16-inch 2.6GHz Core i7 model from 2019 that was previously priced at $1,949 for a 15% discount compared to its original $2,299 pricing for a brand-new unit. As of this week, that refurbished model is now selling for $1,749, an almost 25% discount compared to its original price.

It’s worth noting that we’ve frequently seen steep discounts from Amazon and other retailers for brand-new units, sometimes exceeding the savings you can get buying refurbished from Apple. But for those who need to buy when one of those sales isn’t running and would like the peace of mind of purchasing directly from Apple, refurbished units can be a good option for saving some money.