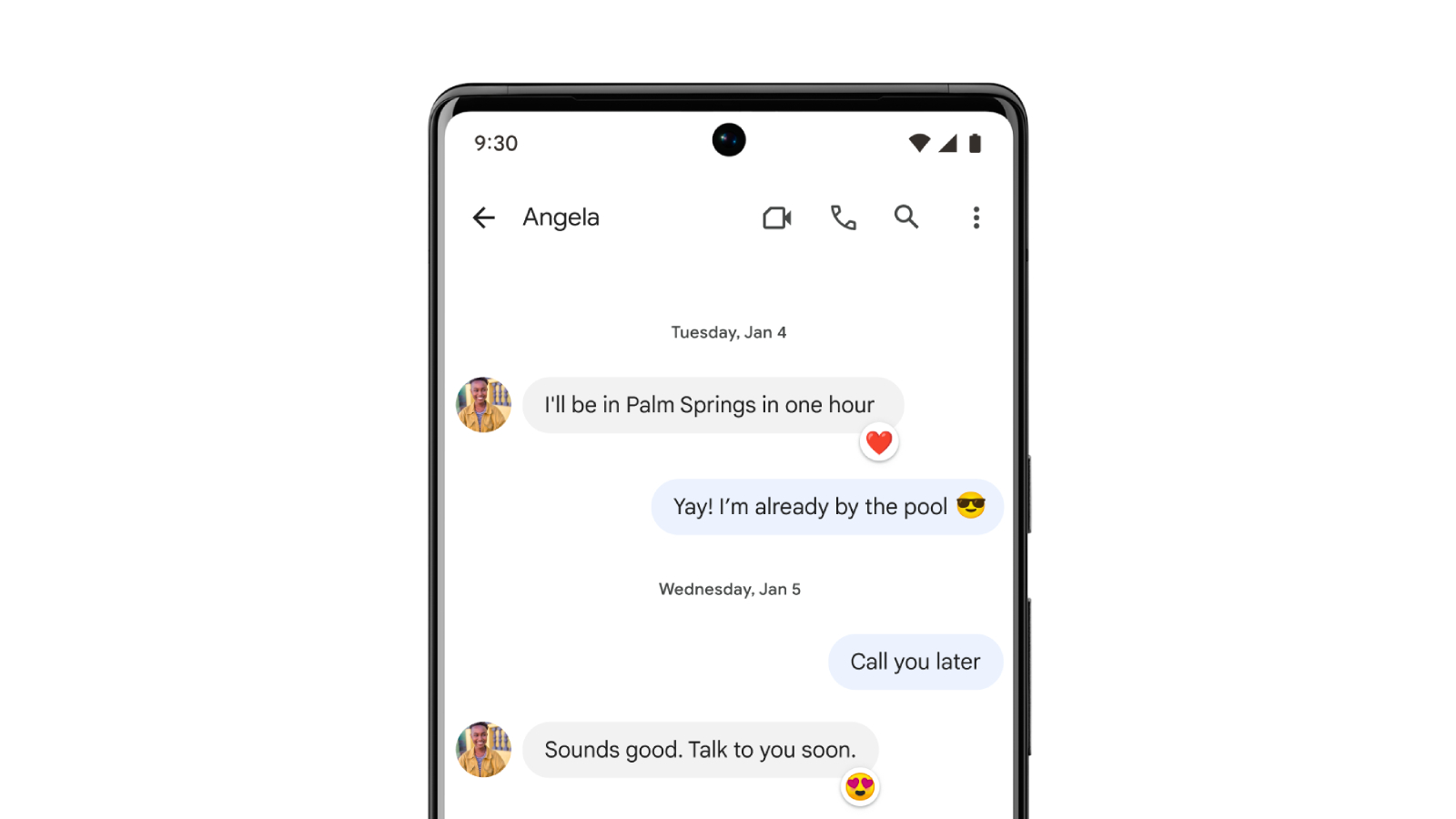 Google today announced that Android users will be able to add emoji reactions to SMS texts received from iPhone users in Google’s Messages app. This feature and other improvements to the app will begin rolling out in the coming weeks.

Given that the Messages app on iOS lacks support for the Rich Communication Services (RCS) protocol, emoji reactions from Android users will appear as annoying follow-up SMS text messages on the iPhone, according to CNET. For example, the message will say something along the lines of “Joe reacted with Heart to ‘let’s go to the movies tonight.'”

Google’s head of its Messages app Jan Jedrzejowicz told CNET that it will be up to Apple to decide whether or not to parse those texts into the appropriate Tapback reaction on the iPhone, similar to how Tapbacks now appear properly on Android.

The feature seems to be at least partly an attempt at Google encouraging Apple to support RCS on the iPhone, as this would eliminate the annoying follow-up SMS messages. Google launched a campaign earlier this year pushing for Apple to adopt RCS, but Apple CEO Tim Cook suggested the feature has not been highly requested by iPhone users.