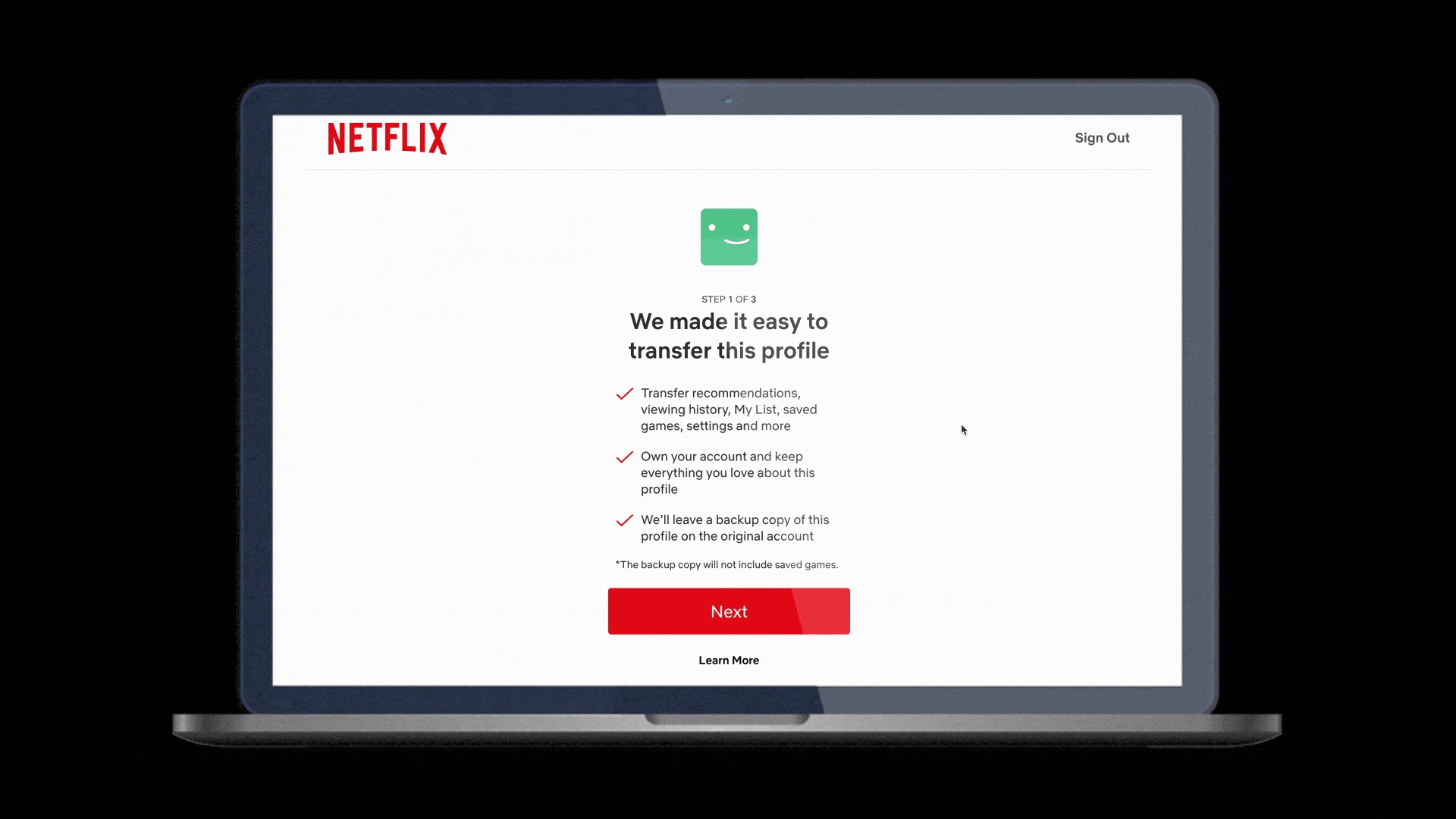 Netflix has announced a new feature called Profile Transfer, allowing users to move their personalized recommendations, viewing history, My List, saved games, and other settings to a new account.

Netflix is pitching the feature as an easy way for users to transition to a new account if their living circumstances change and they can’t or no longer want to share an account with someone else in the same household. From the press release:

People move. Families grow. Relationships end. But throughout these life changes, your Netflix experience should stay the same. Today, we’re launching Profile Transfer, a feature that lets people using your account transfer a profile — keeping the personalized recommendations, viewing history, My List, saved games, and other settings — when they start their own membership. As The Verge notes, it’s not hard to infer an ulterior motive for Profile Transfer, given the company’s stated intent to crack down on account sharing. The feature guides users through the process of starting a new Netflix account from an existing profile, which is what they would presumably be required to do when Netflix begins restricting access to subscribers who share the same household.

Netflix in April said that it lost subscribers in the first quarter of the year, and it marked the first subscriber loss for Netflix in more than a decade. Netflix lost 200,000 subscribers, and said it expected to lose two million more in the second quarter.

The subscriber loss was partially attributed to account sharing, and Netflix estimates that 222 million paying households are sharing with an additional 100 million households that are not being monetized.

When the test was launched, Netflix said that it was working to “understand the utility of these two features” before making changes in other countries. Notably, Profile Transfer has been in testing since March in the same three countries, and is now rolling out more broadly. Other features geared towards monetization are expected to follow in its wake.