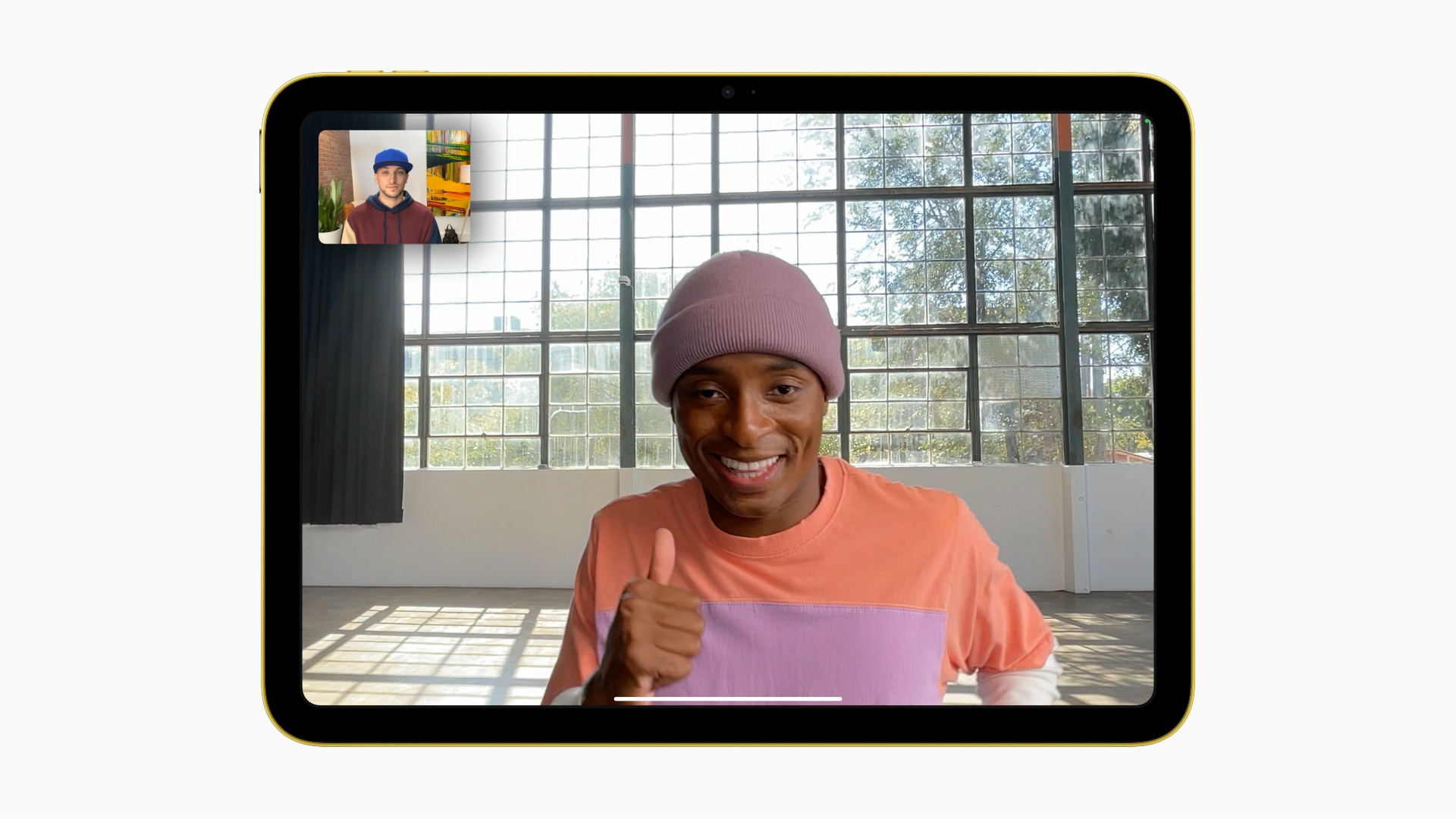 The new, 10th-generation iPad is the first-ever ‌iPad‌ model to feature a landscape front-facing camera orientation.

As expected according to rumors, the new ‌iPad‌’s front-facing camera is now located in the middle of the right bezel of the device. This means that when held in landscape or connected to accessories like the Magic Keyboard Folio, the camera is in the center of a user’s eyeline. From Apple’s press release:For the first time on any iPad, the front-facing camera is now located along the landscape edge. Whether users are on a FaceTime call or recording a video for social media, they will always be looking right toward the camera. The landscape Ultra Wide front camera with a 12MP sensor and 122-degree field of view supports Center Stage, which automatically pans and zooms to keep users in view as they move around.The 10th-generation ‌iPad‌’s front-facing camera is otherwise identical to that of the ninth-generation ‌iPad‌, which remains available from Apple, with the exception of support for Smart HDR 3. The new 11-inch and 12.9-inch iPad Pro models continue to feature a portrait front-facing camera.