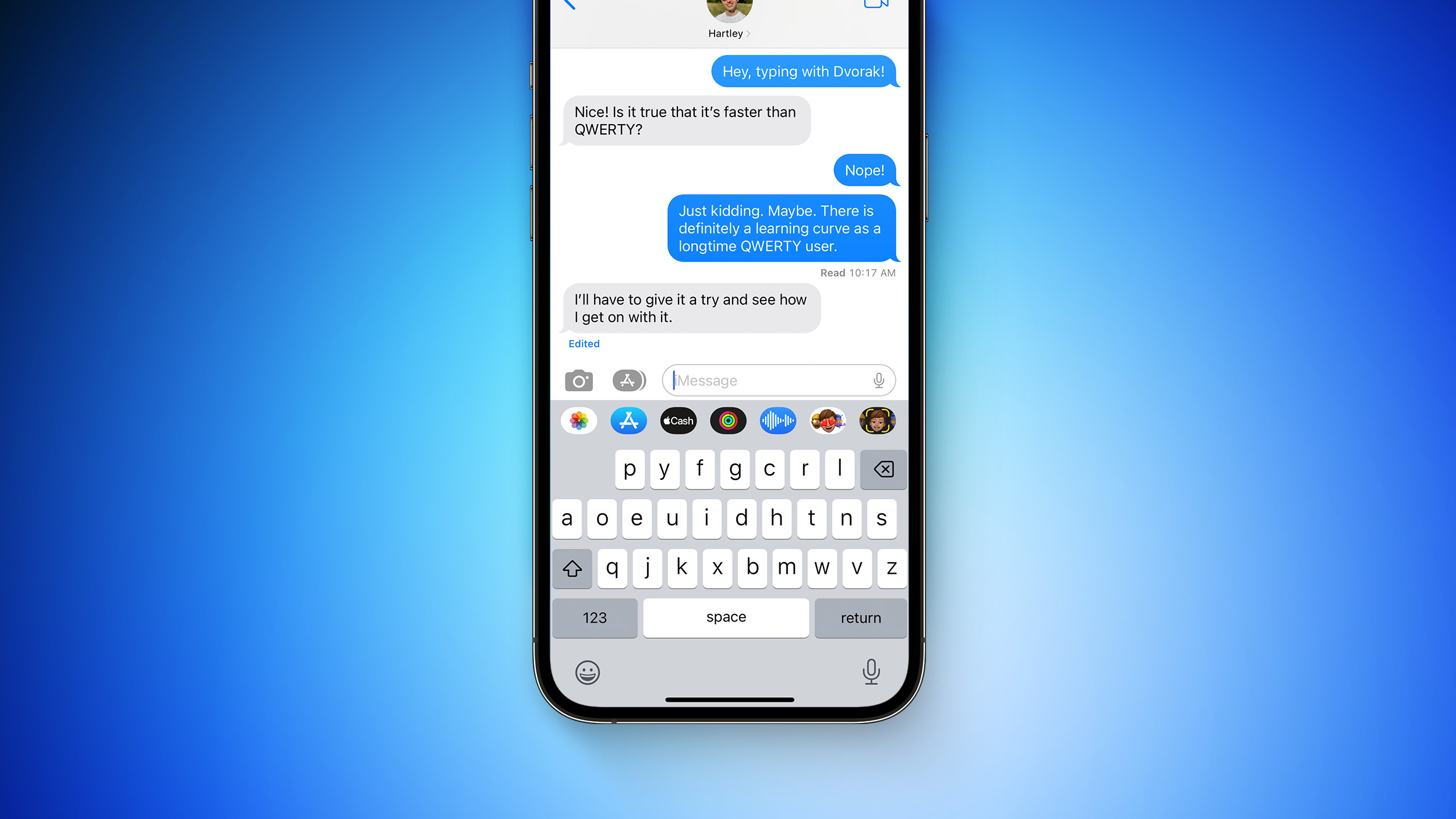 iOS 16 adds native support for the Dvorak keyboard layout on the iPhone, providing users with an alternative to the standard QWERTY layout. The newly added option was noted by @aaronp613 and others back in July, but the feature stayed largely under the radar until it was highlighted this week by Ars Technica and The Verge.

Dvorak was designed to make two-handed typing faster and more ergonomic compared to QWERTY. Patented by August Dvorak in 1936, the layout reduces finger motion by placing all vowels in the middle row on the left side of the keyboard, while commonly-used consonants are positioned on the right side. However, given that iPhone typing involves your thumbs only, Dvorak is not as beneficial on the iPhone.

On an iPhone updated to iOS 16, the Dvorak layout can be enabled in the Settings app under General → Keyboard → Keyboards → English → Dvorak, alongside existing QWERTY, AZERTY, and QWERTZ options. Dvorak is only available for English.

Prior to iOS 16, using Dvorak on the iPhone required installing a third-party keyboard from the App Store or connecting a capable external hardware keyboard. Dvorak has also long been supported on the Mac and can be enabled in the System Settings app under Keyboard → Input Sources by clicking the plus sign and selecting Dvorak.