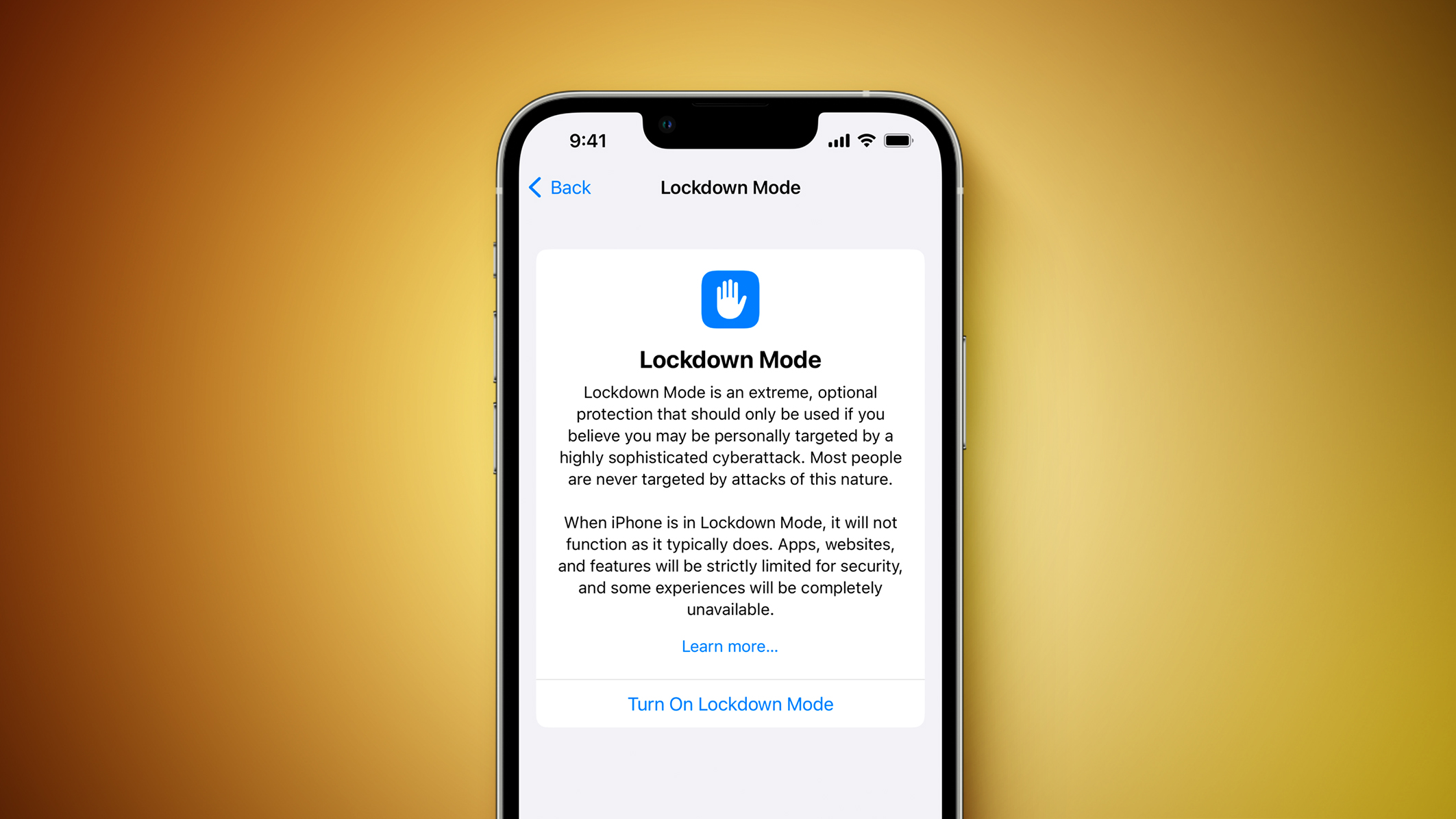 iOS 16 continues to leak data outside an active VPN tunnel, even when Lockdown mode is enabled, security researchers have discovered.

Speaking to MacRumors, security researchers Tommy Mysk and Talal Haj Bakry explained that ‌iOS 16‌’s approach to VPN traffic is the same whether Lockdown mode is enabled or not. The news is significant since iOS has a persistent, unresolved issue with leaking data outside an active VPN tunnel.

In August, it again emerged that third-party VPNs for iOS and iPadOS routinely fail to route all network traffic through a secure tunnel after they have been turned on – an issue that Apple has purportedly known about for years.

Typically, when a user activates a VPN, the operating system closes all existing internet connections and then re-establishes them through the VPN tunnel. In iOS, security researchers have found that sessions and connections established before the VPN is turned on are not terminated as one would expect, and can still send data outside the VPN tunnel while it is active, leaving it potentially unencrypted and exposed to ISPs and other parties.

According to a report from privacy company Proton, an iOS VPN bypass vulnerability had been identified in iOS 13.3.1, which persisted through three subsequent updates. Apple indicated it would add Kill Switch functionality in a future software update that would allow developers to block all existing connections if a VPN tunnel is lost, but this functionality does not appear to prevent data leaks as of iOS 15 and ‌iOS 16‌.

Mysk and Bakry have now discovered that ‌iOS 16‌ communicates with select Apple services outside an active VPN tunnel and leaks DNS requests without the user’s knowledge:

We confirm that iOS 16 does communicate with Apple services outside an active VPN tunnel. Worse, it leaks DNS requests. #Apple services that escape the VPN connection include Health, Maps, Wallet.
We used @ProtonVPN and #Wireshark. Details in the video:#CyberSecurity #Privacy pic.twitter.com/ReUmfa67ln

Mysk and Bakry also investigated whether ‌iOS 16‌’s Lockdown mode takes the necessary steps to fix this issue and funnel all traffic through a VPN when one is enabled, and it appears that the exact same issue persists whether Lockdown mode is enabled or not, particularly with push notifications. This means that the minority of users who are vulnerable to a cyberattack and need to enable Lockdown mode are equally at risk of data leaks outside their active VPN tunnel.

‌iOS 16‌ introduced Lockdown mode as an optional security feature designed to protect the “very small number” of users who may be at risk of “highly targeted cyberattacks” from private companies developing state-sponsored spyware, such as journalists, activists, and government employees. Lockdown mode does not enable a VPN itself, and relies on the same third-party VPN apps as the rest of the system.

Due to the fact that ‌iOS 16‌ leaks data outside the VPN tunnel even where Lockdown mode is enabled, internet service providers, governments, and other organizations may be able to identify users who have a large amount of traffic, potentially highlighting influential individuals. It is possible that Apple does not want a potentially malicious VPN app to collect some kinds of traffic, but seeing as ISPs and governments are then able to do this, even if that is what the user is specifically trying to avoid, it seems likely that this is part of the same VPN problem that affects ‌iOS 16‌ as a whole.

It is worth noting that Apple only lists high-level features that activate when Lockdown mode is enabled, and Apple has not explicitly mentioned any changes that take place to affect VPN traffic. Nevertheless, as Lockdown mode claims to be an extreme protection measure, it seems like a considerable oversight that VPN traffic is a vulnerable point.