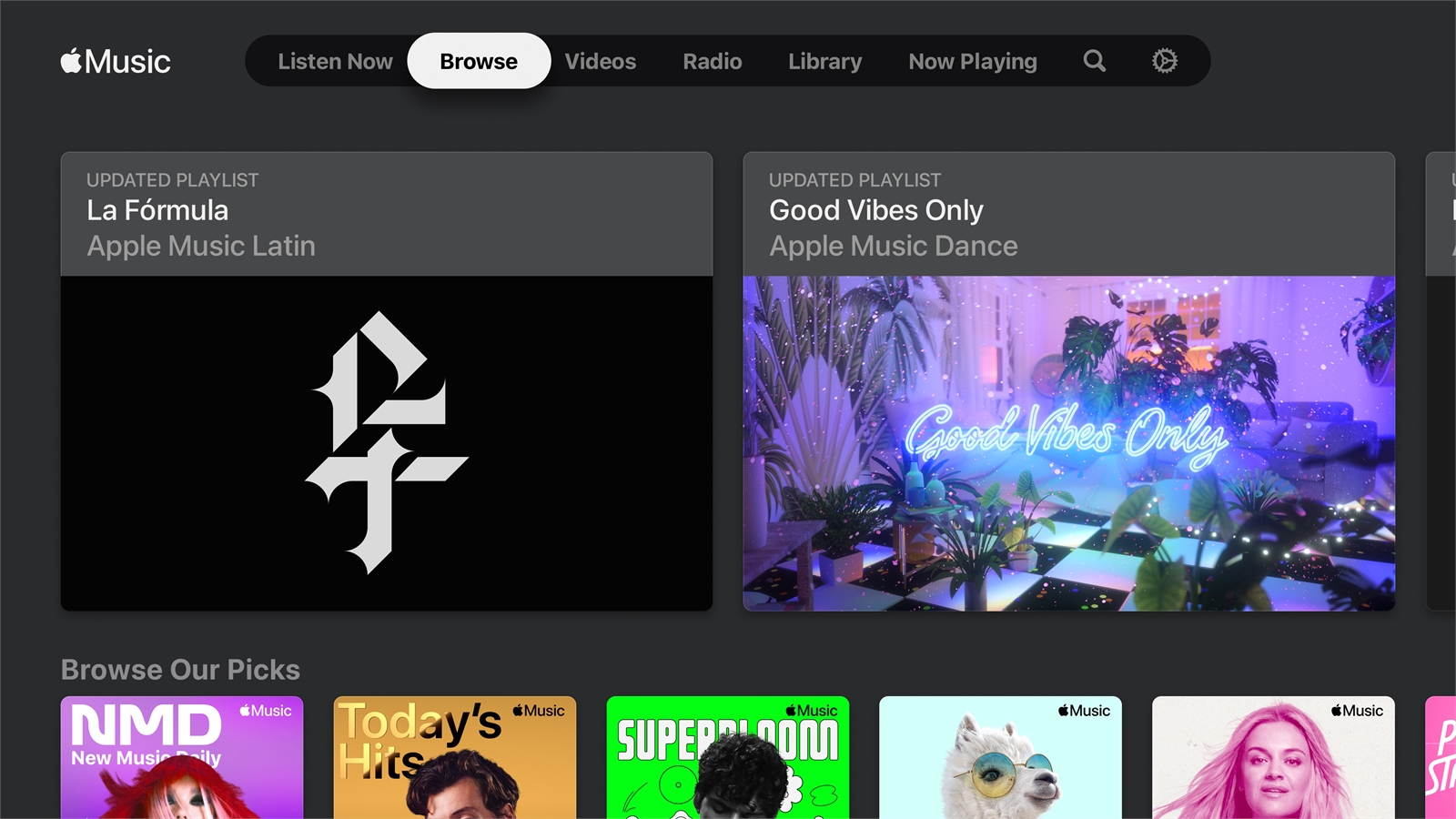 Apple Music is now available on the Microsoft Store for the Xbox Series X, Xbox Series S, and Xbox One, providing subscribers with access to the streaming music service while gaming, complete with large album art, full-screen time-synced lyrics, and more.

The app is similar to the one available on tvOS for the Apple TV, with a top navigation bar for Listen Now, Browse, Videos, Radio, Library, and Now Playing. Apple Music launched on the PlayStation 5 last year and is also available on select Samsung and LG smart TVs, Roku, Android, Amazon Echo, Sonos, Google Nest, and Windows via iTunes.

Apple Music recently surpassed 100 million songs available, but Apple has not revealed how many subscribers the service has in several years now.

The Verge‘s Tom Warren shared a brief preview of the Apple Music app for Xbox: