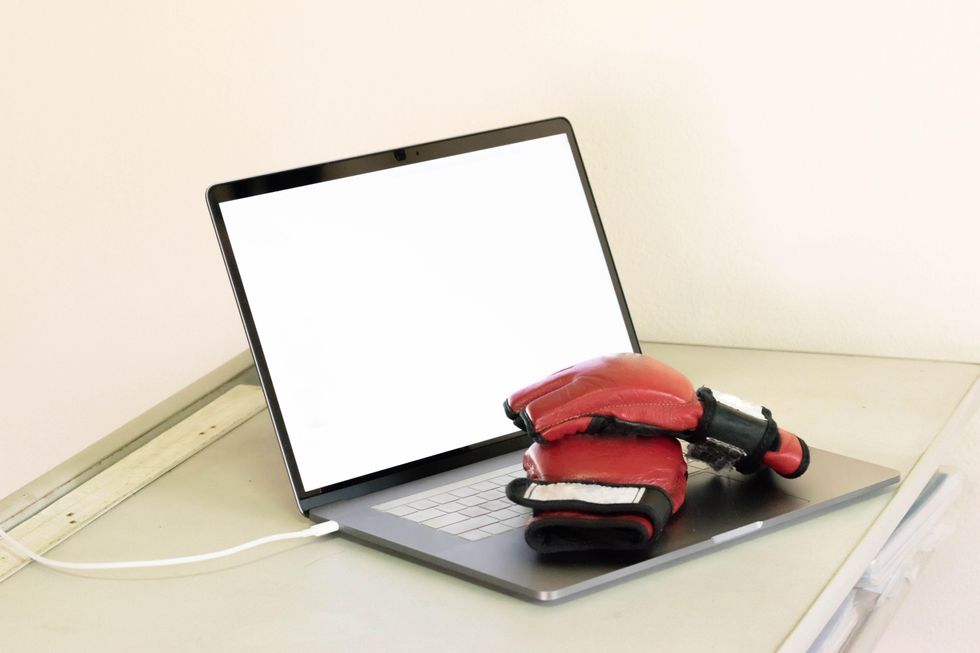 Keyboard warriors unite! Wait, please don’t. After every controversial decision in an MMA contest – at least one that seems to matter to fans and media – there are scores of credible and not-so-credible armchair and pro commentators who argue over the judges’ result. This can and often does include even fights that are finished when there is question about the stoppage. Poor Herb Dean has gone from industry standard to pariah being visible in the cage. Imagine what would happen if the judges outside the cage did not have their anonymity.

Well, there is some good news or some bad news depending on your perspective when it comes to how Mixed Martial Arts is judged. The good news is that there are rules one could review and know – you know, know and not guess? – how to judge such things. The bad news is, apparently no one actually knows or seeks to know what they are. This means that on that proverbial Monday morning when all are arguing over the decision that either gave or cost their favorite fighter some opportunity, they may not know what they are talking about.

Enter the vocal and maligned fight-nerds. There they are with their bookmarked copy of the Unified Rules of MMA and the variants of said rules for each region. They are there. Quick to point out that things like cage- control are not actually things unless other things are equal or negate themselves by being equal. Confused? Haven’t even started yet! What about the times when there are no sanctioning bodies or a card or event takes place in a region where the actual promotion itself is the governing body? Why do we – ahem, those – hipster know-it-alls not call foul on how records are not compromised if the promotion is in a conflict of interest position to award records to its more profitable fighters? Yes, there is something to see here, but only some seem to see it. Their seeing it is not celebrated or appreciated for the record (pun intended).

Think this is hyperbole? Is it an unfair assessment to say that not only do fans and professionals who cover the sport possibly not have a clear understanding of the rules, but possibly not even the fighters themselves do? Yes, fighters who compete in the actual sport governed by said rules. Even more, what if it was said that there are fighters who later become commentators on their sport, commentate for years after fighting for years at the top of the sport as a title contender, then – and only after taking a course – finally say out loud what we those fight-nerds have been saying all along: Judging is supposed to be according to the Unified Rules! For the love of all that is holy, cage control doesn’t count! Takedown defense doesn’t count! Top control doesn’t count! Submission attempts do not count! At least none of those things count until a fight can be judged as exactly equal in all the areas that do count. If a fighter lands 50 strikes going backward against a fighter who lands 30 going forward, the backward moving fighter is winning. Period.

Who needed to be taught this? Who was the one that sounded surprised when he was interviewed by a well- educated journalist (Ariel Helwani) and himself was actually educated in performing arts and for broadcasting won an award called Broadcast Analyst of the Year – twice? Who himself at 17-6 in MMA has fought a who’s who of legends in MMA? Paul Felder. That’s who. Felder literally left pieces of himself in the cage and has proved himself one of the best analysts and commentators in the game. Yet, it is only after all of that he says in retirement and in 2022 after taking a judges seminar, “You forget that the way that things are judged is more specific than you realize. It was nice for me to sit down with judges and people and go, listen here’s exactly what we’re looking at first, then this, then this.” A veteran fighter learned this after their career. He went on to say, “Oh, there’s octagon control. That is like the last thing that judges are looking at… first and foremost they are looking at striking. Then they are looking at who’s effectively grappling then if those two things are muddy or tied then they will go to those other things. I always kind of thought of it even when I was fighting and probably why I got pissed off after some decisions; where I’m like man I controlled the cage, I did this and that. It’s like yeah but he may have landed more significant strikes even if I was marching him down the whole time, even if he out struck me by two or one or two punches that’s what they’re going to go to first and that really cleared things up for me.”

It must be said that Felder and any who are learning and educating themselves and the public are to be applauded. In fact, it proves the value of Martial Arts ethos that is always willing to grow. This is not a criticism of the effort. The thesis is the equivalent of, “what took you so long?” And hey, how about a little credit (apology?) to the fans and fight-nerds who have wanted this all along? Who really do not want unknowledgeable judges or refs (or those commenting) to rob deserving fighters who compete valiantly and according to the rules?

In the end, aside from the garden-variety malcontent or internet troll who would never be happy, there is a fan base in MMA that has seen this for a while. Hopefully Felder’s humility and dignity will catch on and more of the voices in MMA will get on board. Maybe even some voices with giant podcasts. One can hope.