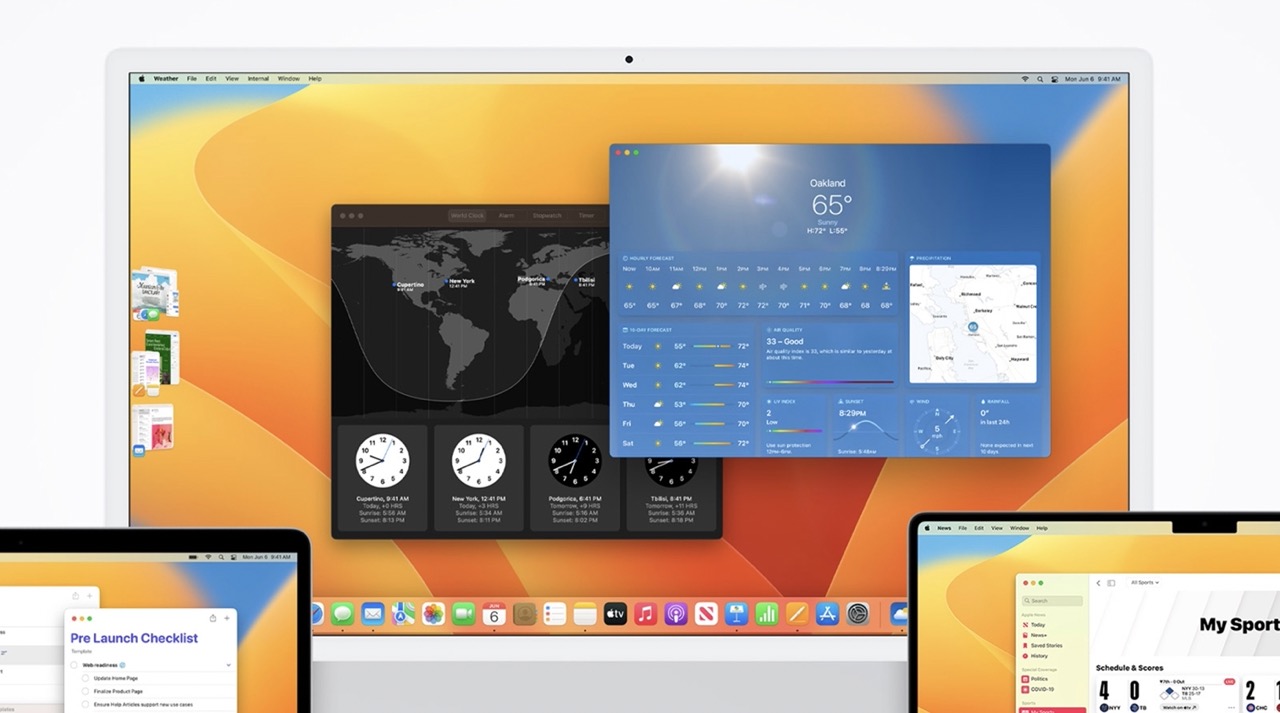 Apple today seeded the seventh beta of macOS Ventura to its public beta testing group, allowing non-developers to test the new ‌macOS Ventura‌ operating system ahead of its release. The seventh beta comes following the sixth public beta and it corresponds with ninth developer beta released earlier this week.

Public beta testers can download the macOS 13 Ventura update from the Software Update section of the System Preferences app after installing the proper profile from Apple’s beta software website.

‌macOS Ventura‌ introduces Stage Manager, a new multi-tasking option for focusing on a task while having other apps waiting in the wings. Stage Manager puts your main app front and center, tucking your other apps to the side for quick access.

Continuity Camera allows you to use your iPhone as a webcam for your Mac, offering much better camera quality than the built-in Mac camera. Apple is building special stands to hold the ‌iPhone‌ with a Mac, and there are neat features like Desk View, which uses the Ultra Wide lens.

Handoff now works with FaceTime so you can answer calls on the Mac and then transfer them over to another device, and Messages is gaining undo, edit, and mark as unread features. SharePlay now works in Messages in addition to ‌FaceTime‌, and the Mail app has been overhauled. Search is more relevant, emails can be scheduled, and there’s even an option to undo an email for up to 10 seconds after it’s sent.

Apple brought the Weather and Clock apps to the Mac, redesigned System Preferences and renamed it System Settings, and added support for Shared Tab Groups. Passwords are being replaced with more secure Passkeys in iOS 16 and ‌macOS Ventura‌, and there are updates to Spotlight, Visual Lookup, Live Text, and more.

There are a ton of other features in ‌macOS Ventura‌, and we have a full rundown available in our dedicated macOS Ventura roundup.