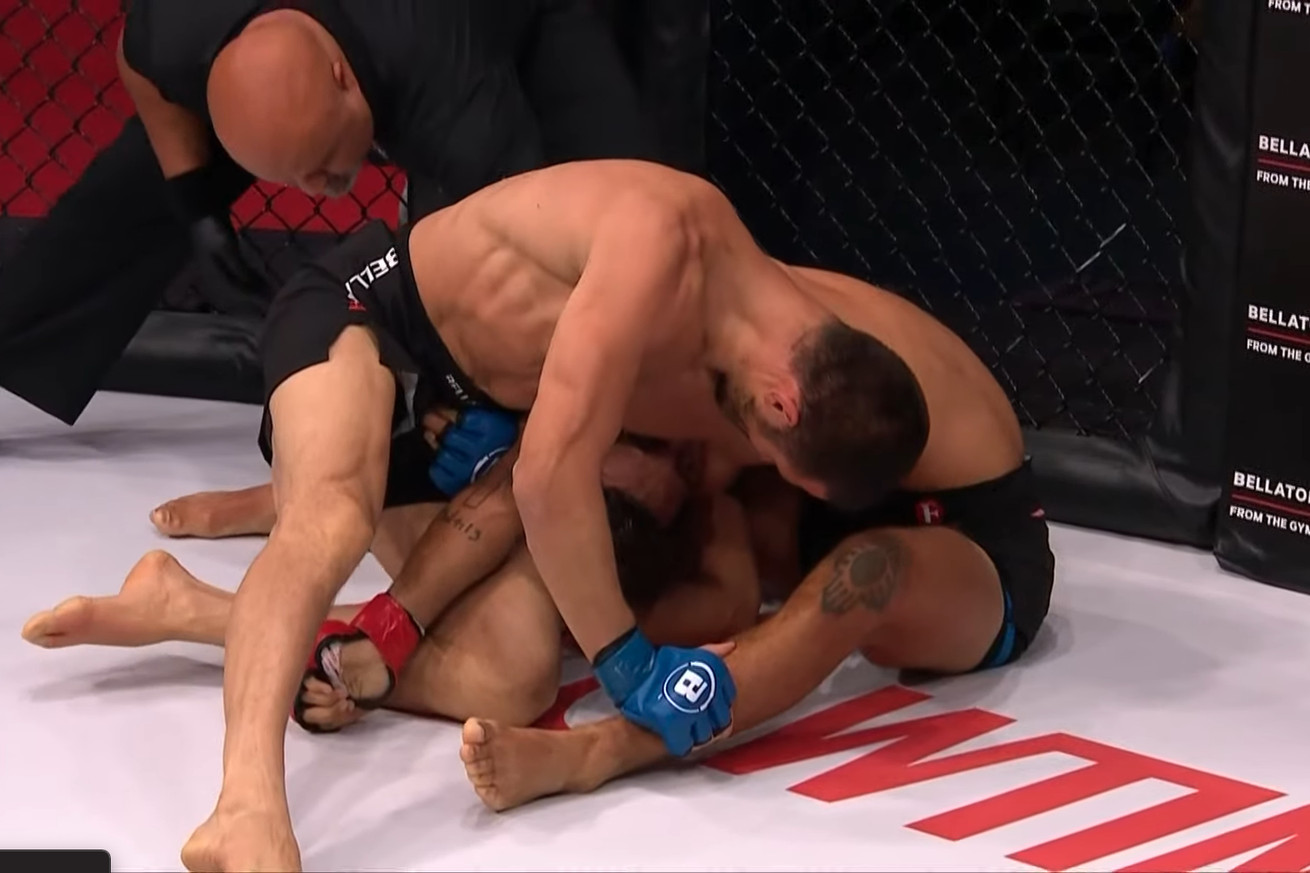 You know you’ve pulled off an impressive finish when they’re naming it after you before you even leave the cage.

Moldovan veteran Luca Poclit (8-1) found that out firsthand Friday in his welterweight bout against Dante Schiro (9-4), which kicked off the Bellator Dublin preliminary card. After a back-and-forth first round, the fight-ending sequence began late in Round 2 when Poclit used an explosive escape from a mounted position to sit up to his knees and snatch Schiro’s head with his left arm. With Schiro’s shoulder also trapped, Poclit then freed his own head and postured up on Schiro’s left side, applying enough pressure to put Schiro to sleep with what was officially announced as a “modified arm-triangle, now called The Lucanator.”

Watch replay of Poclit’s impressive handiwork above, which came at 4:31 of Round 2.

The full fight can be watched below.

With his highlight-reel win, Poclit is a perfect 8-0 since losing his professional debut in 2012.

Schiro has now lost two of his three bouts in the Bellator cage, including a split decision loss to current interim welterweight champion Logan Storley in his promotional debut.