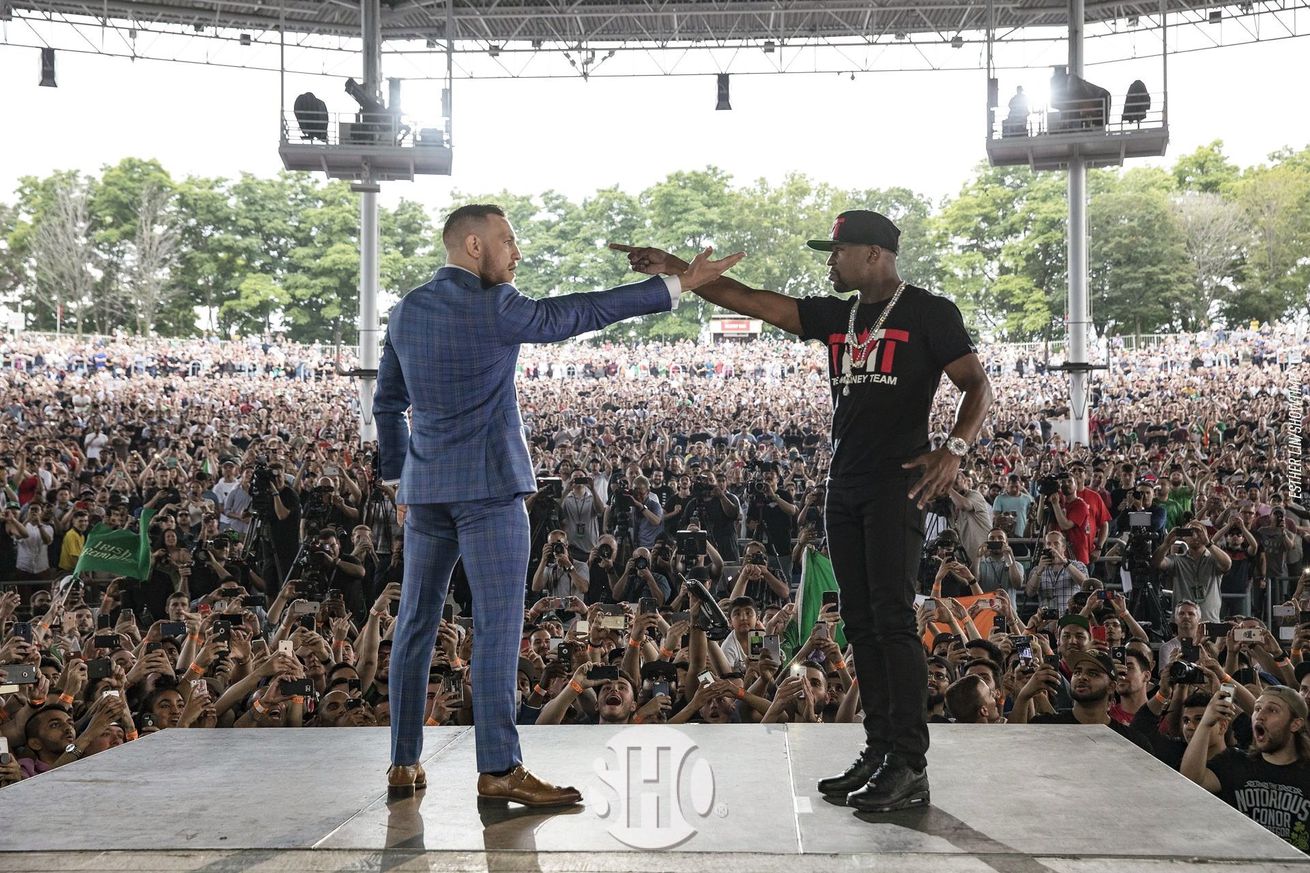 Floyd Mayweather has his sights set on fighting Conor McGregor again next year.

In an interview with Sportsmail, Mayweather said that discussions are underway for another boxing bout between himself and McGregor. The two fought in August 2017 in one of the most successful combat sports pay-per-views of all time. Mayweather defeated McGregor by TKO in Round 10.

Mayweather, 45, fights Japanese MMA star Mikuru Asakura in an exhibition boxing bout this Saturday at the Super RIZIN event in Saitama, then he plans to meet McGregor sometime in 2023.

“I want to go out there this weekend and have fun,” Mayweather said. “Then I have another exhibition in Dubai in November and me and Conor McGregor in 2023.

“We don’t know if it’s going to be an exhibition or a real fight. But there’s been talks of both. I would prefer an exhibition.”

The first encounter between Mayweather and McGregor was a professional bout, pitting the undefeated boxing legend against a two-division UFC champion who was fresh off of winning a lightweight title with a stunning knockout of Eddie Alvarez. Mayweather’s win over McGregor improved his record to 50-0 and he subsequently retired and has only fought in exhibitions since, including a previous appearance for RIZIN where he made quick work of kickboxing superstar Tenshin Nasukawa.

Exhibitions are much more to Mayweather’s liking post-retirement.

Talks of a rematch between Mayweather and McGregor have been on and off since their first encounter, with both sides lobbying public shots at each other. Recently, UFC President Dana White shot down rumors of the sequel happening anytime soon, stating that when McGregor does fight again it “will be in the cage.”