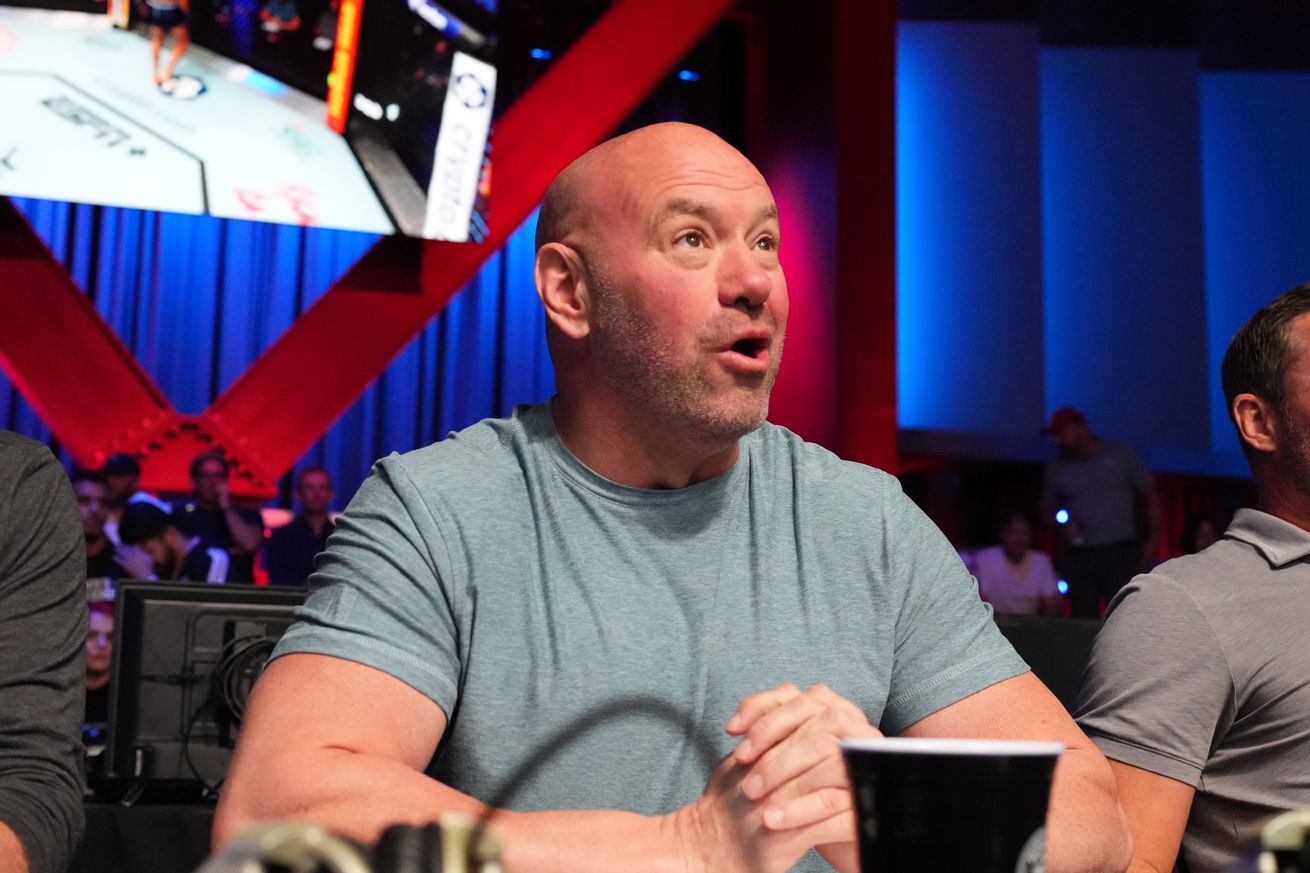 If Dana White had any doubts about Raul Rosas Jr., they were quieted in a hurry.

The 17-year-old phenom became the youngest UFC fighter in history Tuesday night after inking a UFC contract with a win over Mando Gutierrez at the promotion’s Contender Series. White admitted he came into the event with some reservations about outright signing Rosas Jr., who was born in Oct. 2004, but they flew out of the window after the UFC president watched a performance he considered to be well beyond Rosas Jr.’s years.

“For a 17-year-old to conduct himself the way he did in this fight, I was blown away by it. Blown away,” White said at the evening’s post-fight press conference.

“After what I just saw, this kid’s ready to fight in the UFC.”

Competing in the night’s co-main event, Rosas Jr. outworked, out-grappled, and ultimately outclassed a 25-year-old seasoned fighter in Gutierrez, who held a 7-1 record heading into the bout. The teenager won all three rounds on the judges’ scorecards and showcased a flashy and exciting style that included a slick Suloev stretch attempt in the opening round as well as a takedown off a beautiful faked flying knee early in the second frame.

All in all, it was an eyebrow-raising performance from Rosas Jr., who moved his unbeaten record to 6-0 with the all the poise and composure of a veteran more than twice his age.

“That’s one of the things that impressed me the most,” White said of Rosas Jr.’s attitude. “And I loved how active he was. He’s not one of these guys that’s a jiu-jitsu guy that just lays around and whatever. He’s always going for something, how slick he is, how he takes the back. When you get his back, how he can get out. Just everything that kid did tonight impressed me, and especially his cardio. There was never an adrenaline dump where he looked exhausted at one point. There was never a lull in the fight with either guy.”

Of course, it’s fair to wonder whether a UFC contract is too much too soon for an athlete as young as Rosas Jr. There are very few names in the UFC — if any — who represent an easy fight, especially in the 135-pound division.

To that point, White admitted he isn’t sure yet in regards to the promotion’s matchmaking approach for letting the bantamweight prospect climb the ladder gradually, but he’s nonetheless sold on the idea of what Rosas Jr. can become.

“We probably shouldn’t fight him in Vegas for a while — he’d be bored as hell here,” White joked. “He’d have to sit in his room the whole time. But I’m very, very impressed with this kid. He’s absolutely special. The amount of fighters that were blowing me up, going, ‘Oh my God, this kid’s for real, this kid’s legit,’ [it’s] impressive.

“This definitely isn’t that place [to bring a young fighter up slowly], but when you find [young talent] — look at Mickey Gall. Mickey Gall wasn’t 17, but Mickey Gall came in here at 1-0. I brought Mickey Gall in off Lookin’ For A Fight to fight CM Punk, and he had a pretty good career here. He hung out here for a while and had some good fights and did pretty well. If you find these kids that you think are talented and you end up being right, they’ll last here. And what I saw from this kid tonight, he looked special.”