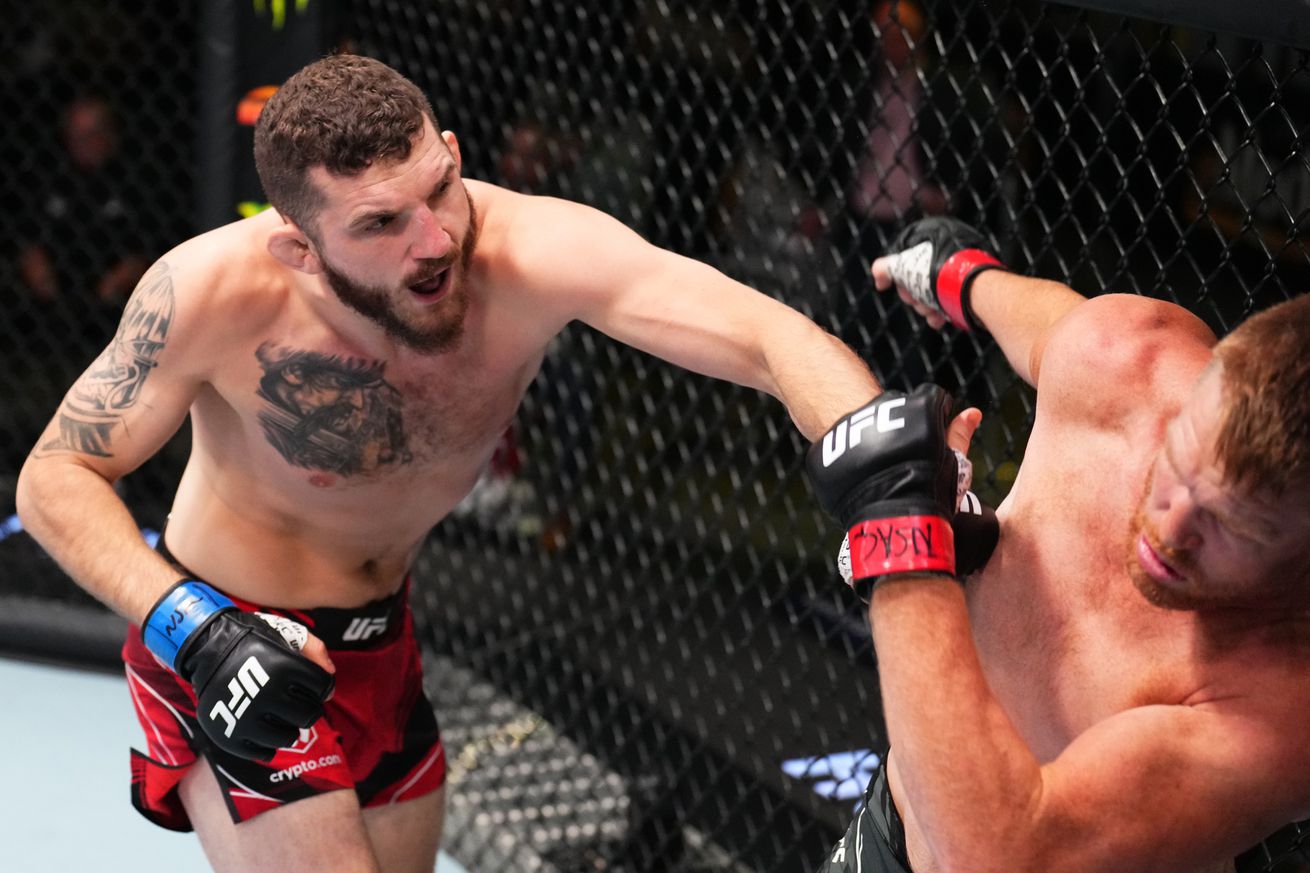 Bruno Silva is out of the UFC Vegas card on Dec. 17 due to an injury, and Albert Duraev will instead face Michal Oleksiejczuk, multiple people with knowledge of the change told MMA Fighting.

The Dec. 17 event takes place at the UFC APEX in Las Vegas and features Jared Cannonier vs. Sean Strickland in a five-round middleweight headliner. Silva is expected to be cleared to fight in March 2023.

Oleksiejczuk (17-5, 1 no contest) most recently fought in October, knocking out Sam Alvey in under two minutes in his middleweight debut. The Polish talent won three of his past four inside the octagon, including a first-round knockout over Shamil Gamzatov at 205 pounds.

Duraev (15-4) looks to rebound from a doctor stoppage loss to Joaquin Buckley this past June. The setback snapped a 10-fight streak that dated back to his ACB days in 2015. Duraev finished seven of those 10 opponents, including five submissions.