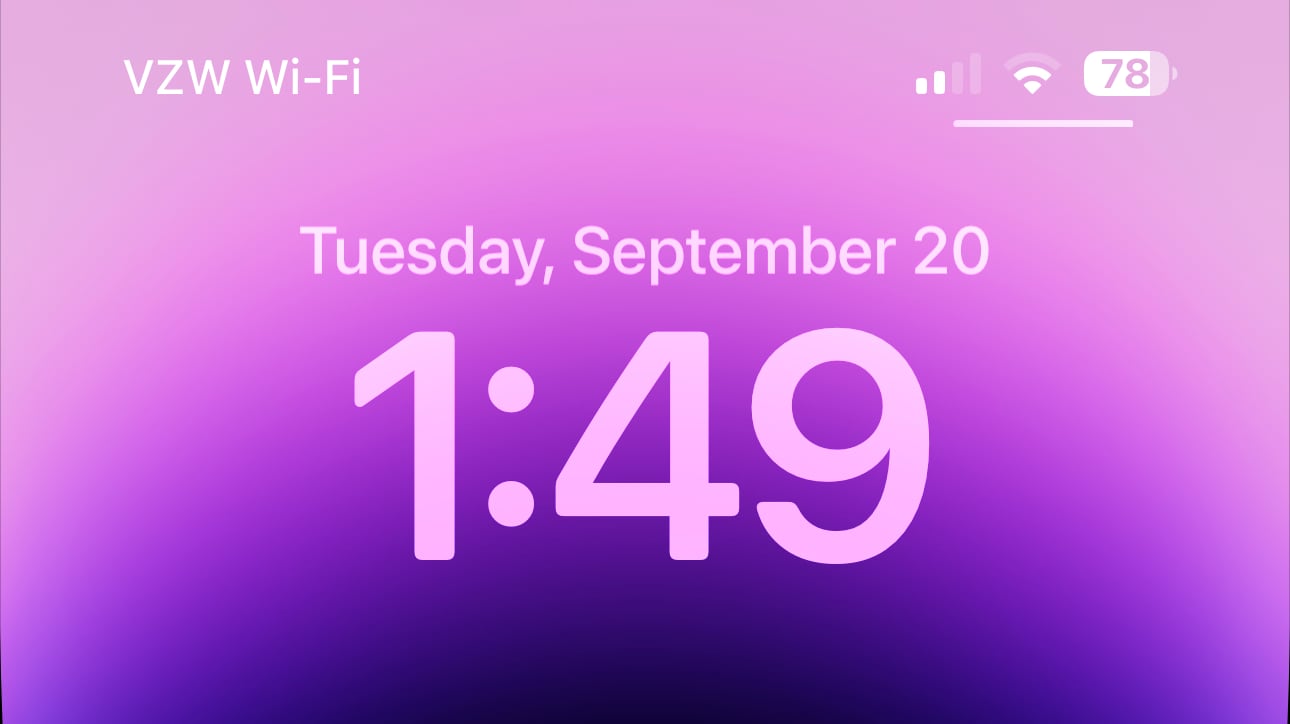 Apple today released the second beta of iOS 16.1, introducing further tweaks to the battery percentage indicator that is located in the status bar.

If the percentage feature is enabled, you will now see the charge number as well as battery indicator that fills or depletes based on your current charge level. Prior to the latest beta, the battery indicator in the status bar showed percent, but the battery level was static, making it sometimes difficult to determine the iPhone‘s charge at a glance.

Battery percent was not present on iPhones that have ‌‌Face ID‌‌ in iOS 15 because of the lack of space on either side of the notch that houses the TrueDepth camera hardware, but Apple’s updated ‌iOS 16‌ design added the specific battery level to the battery icon, with iOS 16.1 adding further tweaks. The iOS 16.1 beta also brings the battery percentage to the iPhone 13 mini, iPhone 12 mini, ‌iPhone‌ XR, and ‌iPhone‌ 11, devices that do not support it in ‌iOS 16‌.

Apple with the second beta has additionally tweaked the charging indicator on the Lock Screen. When plugging an ‌iPhone‌ into a Lightning cable or Qi-based wireless charger, it will now show the battery percent briefly above the time. iPhone 14 Pro models have a battery status indicator in the Dynamic Island as well.

There will be several more rounds of beta testing before iOS 16.1 sees a public release, but there is a public beta available for non-developers to test. The next public beta should be coming soon with the updated battery status bar icon.