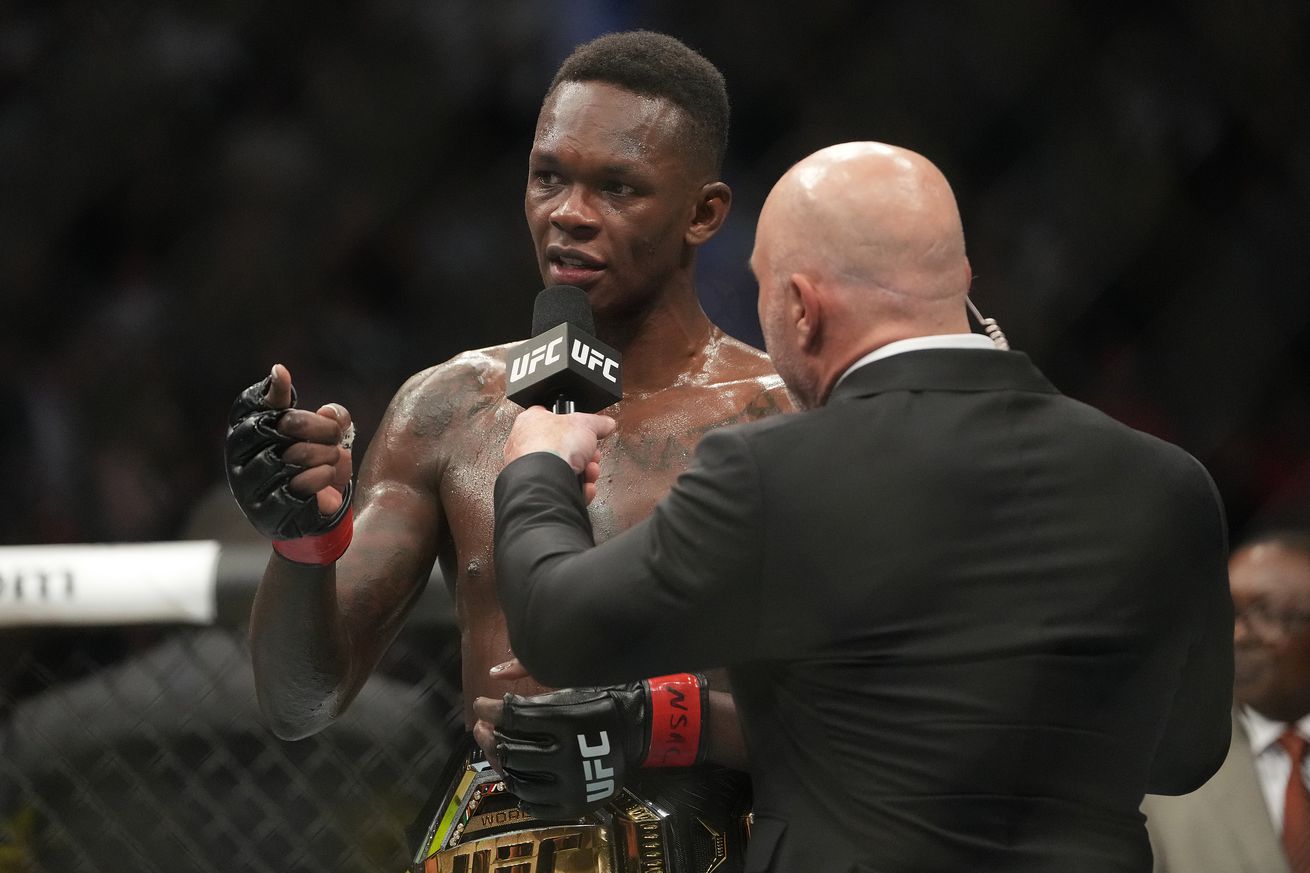 UFC middleweight champion Israel Adesanya is doing the promotion’s job for them with a promotional video for UFC 281.

Adesanya on Sunday released the unofficial fight trailer for the Nov. 12 pay-per-view event, which features his MMA rematch with Alex Pereira, the heavy-fisted Brazilian who twice defeated him in the kickboxing ring.

Most betting lines have Adesanya as a slight favorite over Pereira. The lines haven’t moved much since the fight’s announcement, though that’s certain to change as the fight approaches.

Pereira outpointed Adesanya in their first kickboxing meeting in April 2016. A rematch in March 2017 was even more emphatic for the Brazilian, who knocked out the current UFC champ in the third round after early trouble.

Adesanya is emphatic his MMA skillset will be enough to overcome his previous results against Pereira.

“He who laughs last, laughs best,” said the UFC middleweight champ, putting his own style on the saying.