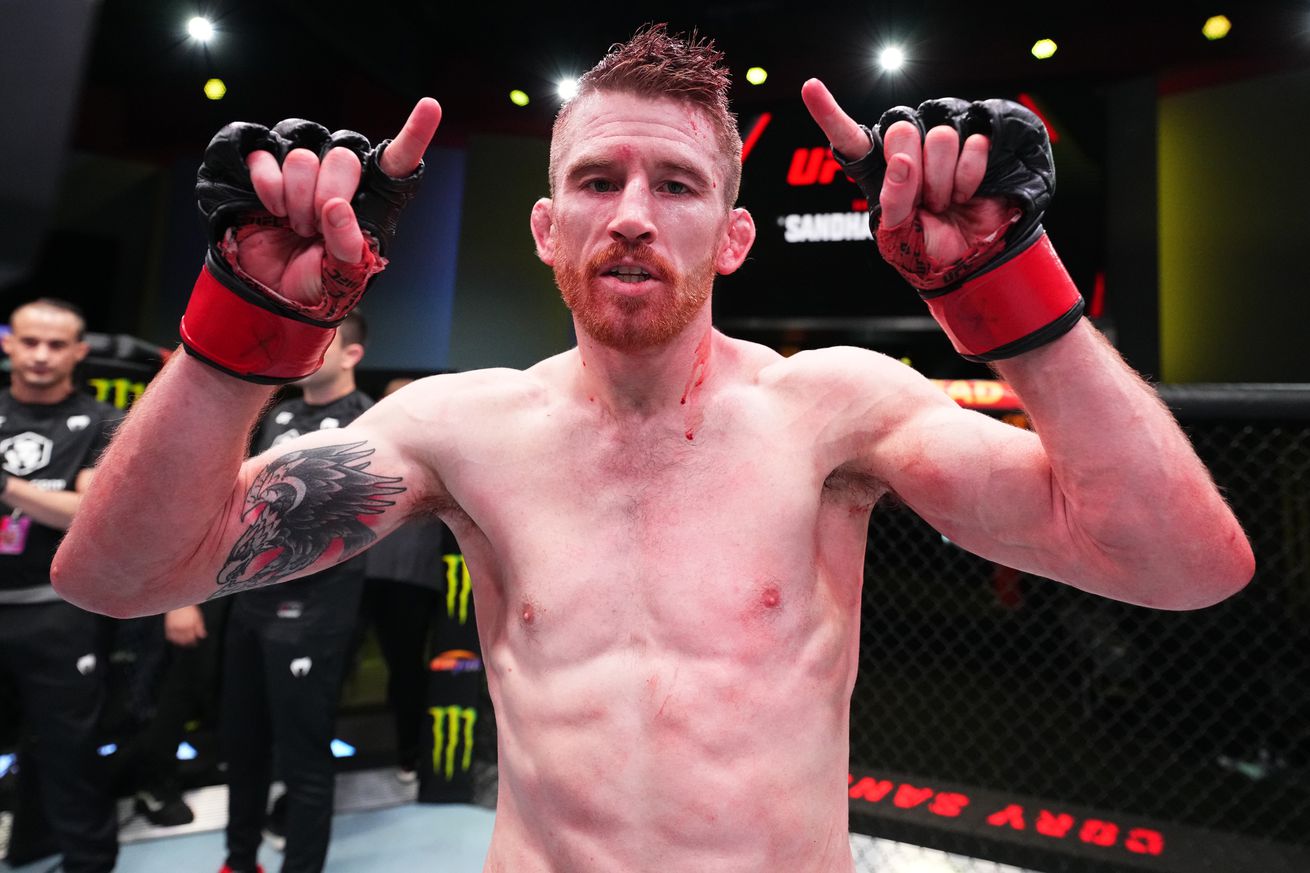 This past weekend, Sandhagen defeated Song Yadong in the main event of UFC Vegas 60, breaking his two-fight losing streak and keeping his name in the bantamweight title conversation. That conversation is pretty full at the moment though, with Petr Yan, Sean O’Malley, Merab Dvalishvili, and Marlon Vera all also jockeying for the next title shot. Add in the possibility of Cejudo returning to reclaim the belt, and there’s quite the logjam at the top of 135-pounds, but Sandhagen, for one, doesn’t think Cejudo should be part of it.

“What is he doing? I don’t know what the hell the guy is doing,” Sandhagen said on The MMA Hour. “He’s going to be a curve ball forever if it’s his decision.

Sandhagen’s concerns are not without merit. Cejudo faced criticism for his lone title defense, a win over Dominick Cruz who had not fought in over three years, and when he retired immediately after, some suggested that he was ducking the rising crop of contenders in the bantamweight division. Those rumblings only increased during Cejudo’s retirement, as the former two-division champion repeatedly teased a return by trying to land a high-upside fight with featherweight champion Alexander Volkanovski.

The UFC repeatedly shut Cejudo down in this regard, with Dana White maintaining that Cejudo was retired and would need to take a fight before getting a 145-pound title shot, seemingly wary of another Georges St-Pierre situation. In response to White, Cejudo officially un-retired and re-entered the USADA testing pool earlier this year and will officially be eligible to compete again in October. So if he does make his return, Sandhagen says he’d be happy to be the one to welcome Cejudo back to the cage.

“That’s great too,” Sandhagen said. “I’m OK with that fight also. I haven’t thought about Henry too much, but fighting someone as good as Henry would be really awesome.”

Sandhagen is currently the No. 4 ranked bantamweight in the MMA Fighting Global Rankings, and previously challenged for the interim 135-pound title, losing a unanimous decision to Petr Yan at UFC 267.

Cejudo, meanwhile, is only the fourth person in history to hold titles in two UFC weight classes simultaneously, having won the flyweight and bantamweight titles during his career.