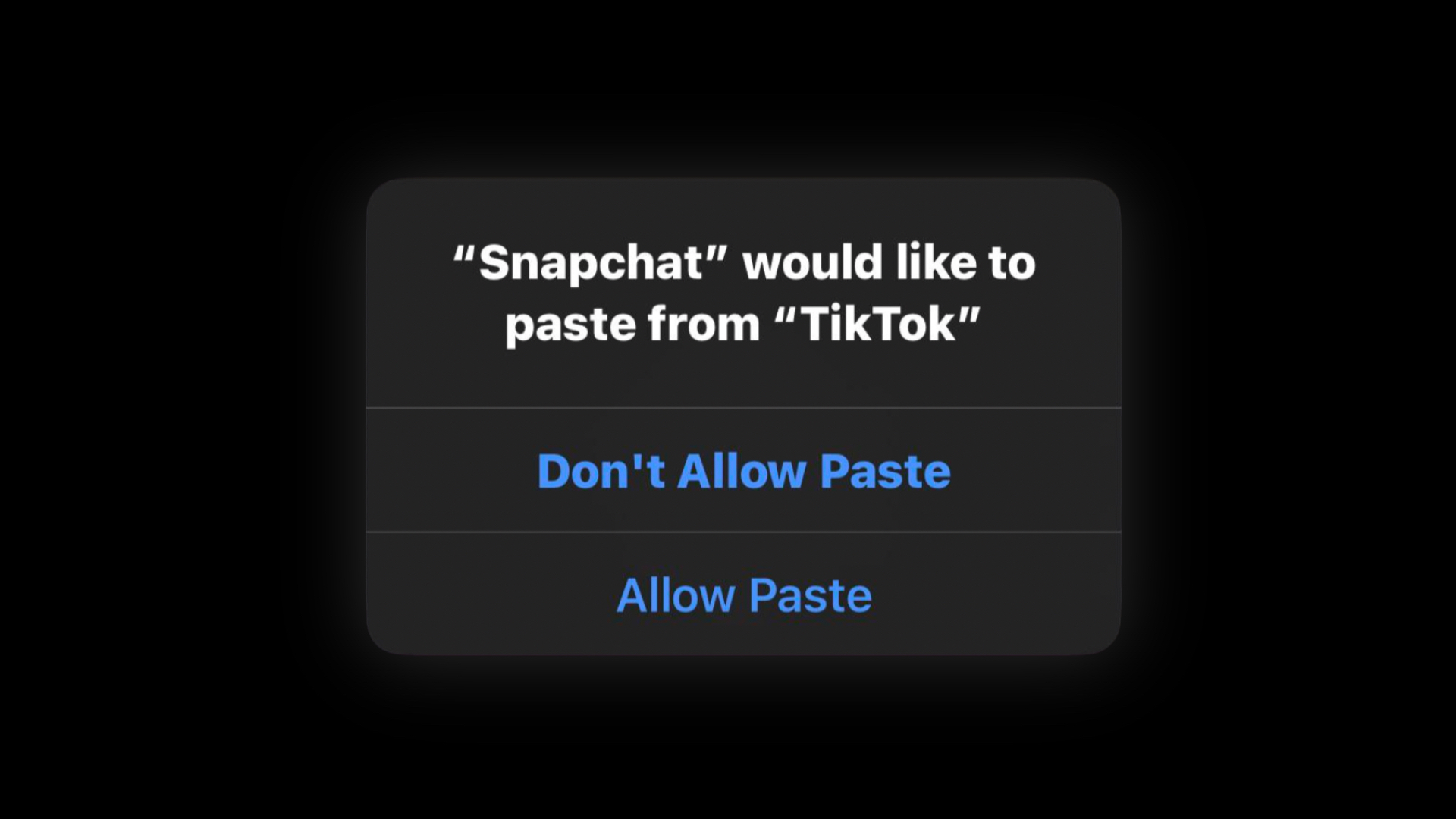 Apple has responded to user complaints regarding an annoying pop-up in iOS 16 that asks for user permission if an app wants to access the clipboard to paste text, images, and more.

The new prompt was added to iOS 16 as a privacy measure for users, requiring that apps ask for permissions to access the clipboard, which may have sensitive data. The prompt, however, has become an annoyance for users as they install ‌iOS 16‌, as it constantly asks for permission whenever they wish to paste something into an app.

As user annoyance with the behavior boils high, Apple has finally responded, saying the constant pop-up is not how the feature is intended to work. MacRumors reader Kieran sent an email to Craig Federighi and Tim Cook, complaining about the constant prompt and advocating for Apple to treat access to the clipboard the same way iOS treats third-party access to location, camera, microphone, and more.

Ron Huang, a senior manager at Apple, joined the email thread saying the pop-up is not supposed to appear every time a user attempts to paste. “This is absolutely not expected behavior, and we will get to the bottom of it,” Huang said. Huang added that this behavior is not something Apple has seen internally but that Kieran is “not the only one” experiencing it.

Responding to the suggestion that clipboard access should be added within the Settings app on a per-app basis, Huang said it would make a “good improvement” and added that Apple “certainly need to fix and make apps like Mail just work even without this setting, but it’s nonetheless helpful for apps which users want to share data with even if they didn’t initiate it.” “Stay tuned,” he added.

Huang is listed as one of several inventors of the feature in a patent application dated January 29, 2021.

Apple is currently beta testing iOS 16.1 with developers and public beta testers, but it’ll likely be weeks before the update is ready to ship. The latest ‌iOS 16‌ update for the iPhone 14 Pro and ‌iPhone 14 Pro‌ Max is iOS 16.0.1, which addressed, among other things, a bug impacting iMessage and FaceTime activation. All other compatible devices are still running the initial version of ‌iOS 16‌ released last week.

The clipboard access bug is one of several features Apple could fix in an update to ‌iOS 16‌, including reports of excessive battery drain and an issue facing iPhone 14 Pro models becoming unresponsive after data is transferred from an older iPhone.