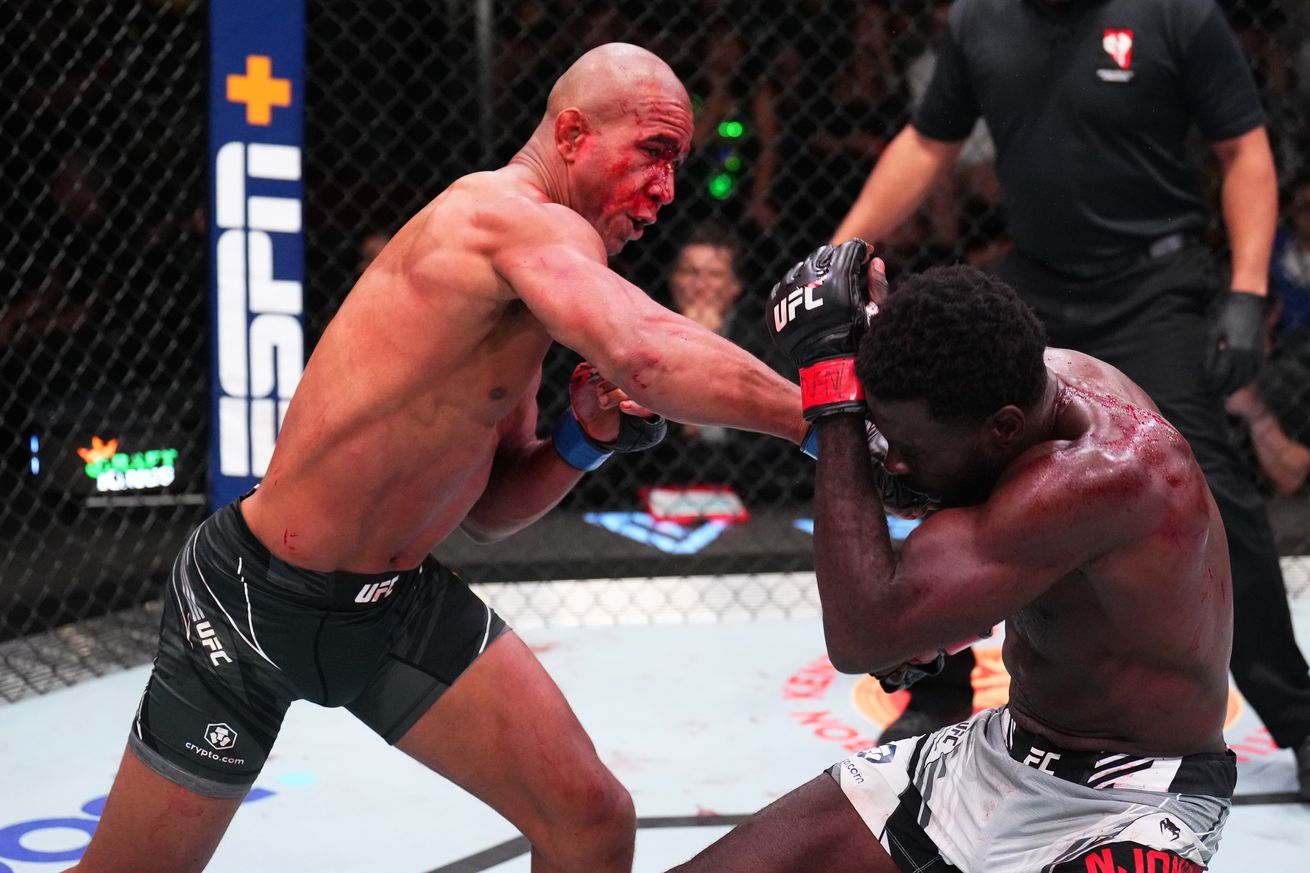 Gregory Rodrigues will probably need a lot of stitches after UFC Vegas 60 but he’ll get the work done with a smile on his face after pulling off an incredible comeback to finish Chidi Njokuani in the co-main event.

After a huge gash got opened on his head from a massive knee strike landed in the opening round, Rodrigues survived and forged a comeback as he just continued coming after Njokuani with relentless pressure. Realizing the doctor might not let him continue if the cut got worse, Rodrigues pressured Njokuani until bringing the fight down the ground where he unloaded a barrage of punches to earn the stoppage victory.

The end came at 1:27 in the second round as Rodrigues secured the TKO win.

“I know one thing, I’m born for this,” Rodrigues You need to kill me. Alive or dead, you come with me. I’m the ‘Robocop.’ I felt the blood coming out but I said calm down, don’t rush. Chidi is a warrior. I’m grateful to fight against the greatest guys in this cage.”

Known as a blistering fast starter, Njokuani lived up to that reputation with a huge knee strike that cracked Rodrigues in the opening exchange and put the Brazilian on wobbly legs. Njokuani looked to capitalize as Rodrigues attempted to recover while also wiping his face thanks to a stream of blood flowing down his face from the gruesome cut opened during that early flurry.

Just when it looked like Rodrigues was in serious trouble, he unloaded a pair of heavy right hands that sat Njokuani down. Rodrigues started throwing punches in succession in an attempt to finish the fight but Njokuani was throwing enough in return that he staved off the attack.

Between rounds the cutman worked on Rodrigues to try and give him a chance to continue despite the massive cut in between his eyes. The doctor gave him the go ahead while instructing the referee to keep an eye on Rodrigues just in case things got worse.

Rodrigues never allowed that to happen as he came after Njokuani with everything left in his arsenal, which led to the fight ending up on the ground where he just started hammering away with strikes. A few seconds later, the fight was over and Rodrigues was celebrating a job well done.

Rodrigues has now picked up back-to-back wins while moving his overall UFC record to 4-1 while continuing to prove he’s one of the most exciting fighters on the entire roster.