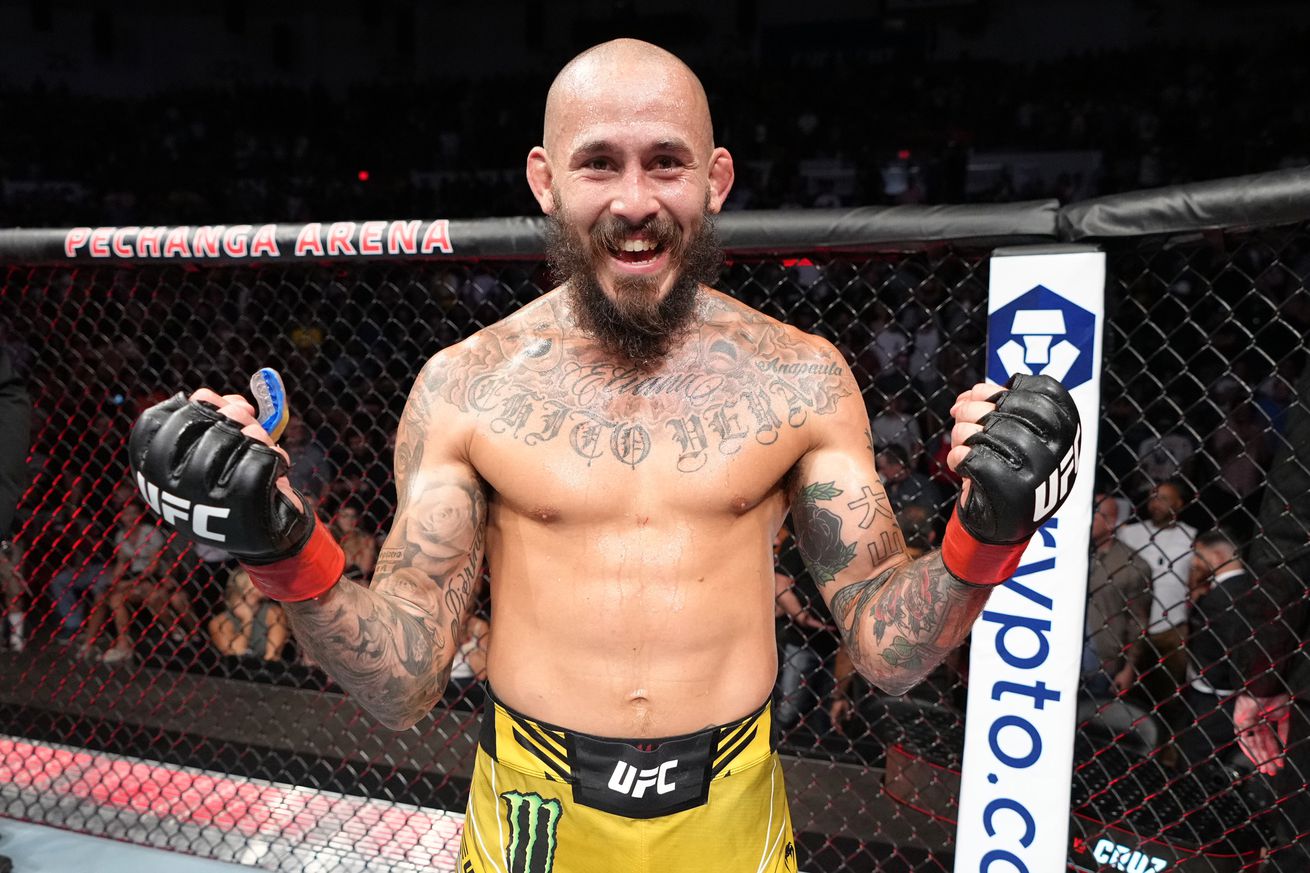 Cory Sandhagen didn’t have to wait long to hear from Marlon Vera and Merab Dvalishvili.

Sandhagen called out both men following his fourth-round TKO win over Song Yadong at UFC Vegas 60 on Saturday. As it turns out, Vera was seated cageside to take in the fights at the UFC Apex, and he responded to Sandhagen moments after the fight’s conclusion.

Saturday’s win was an important one for Sandhagen. The American opened a gruesome cut above Song’s eye that ultimately led to the fight-ending doctor’s stoppage after a bloody and back-and-forth affair, snapping Sandhagen’s two-fight losing streak following decision losses to former UFC champions Petr Yan and T.J. Dillashaw in 2021.

Vera last competed in August when he scored a highlight-reel knockout of Dominick Cruz. The 29-year-old native of Ecuador has won four consecutive UFC bouts, including big wins over Rob Font and Frankie Edgar — and he’d be more than happy to add Sandhagen to that list.

As for the other name Sandhagen targeted, Dvalishvili had a quick response as well.