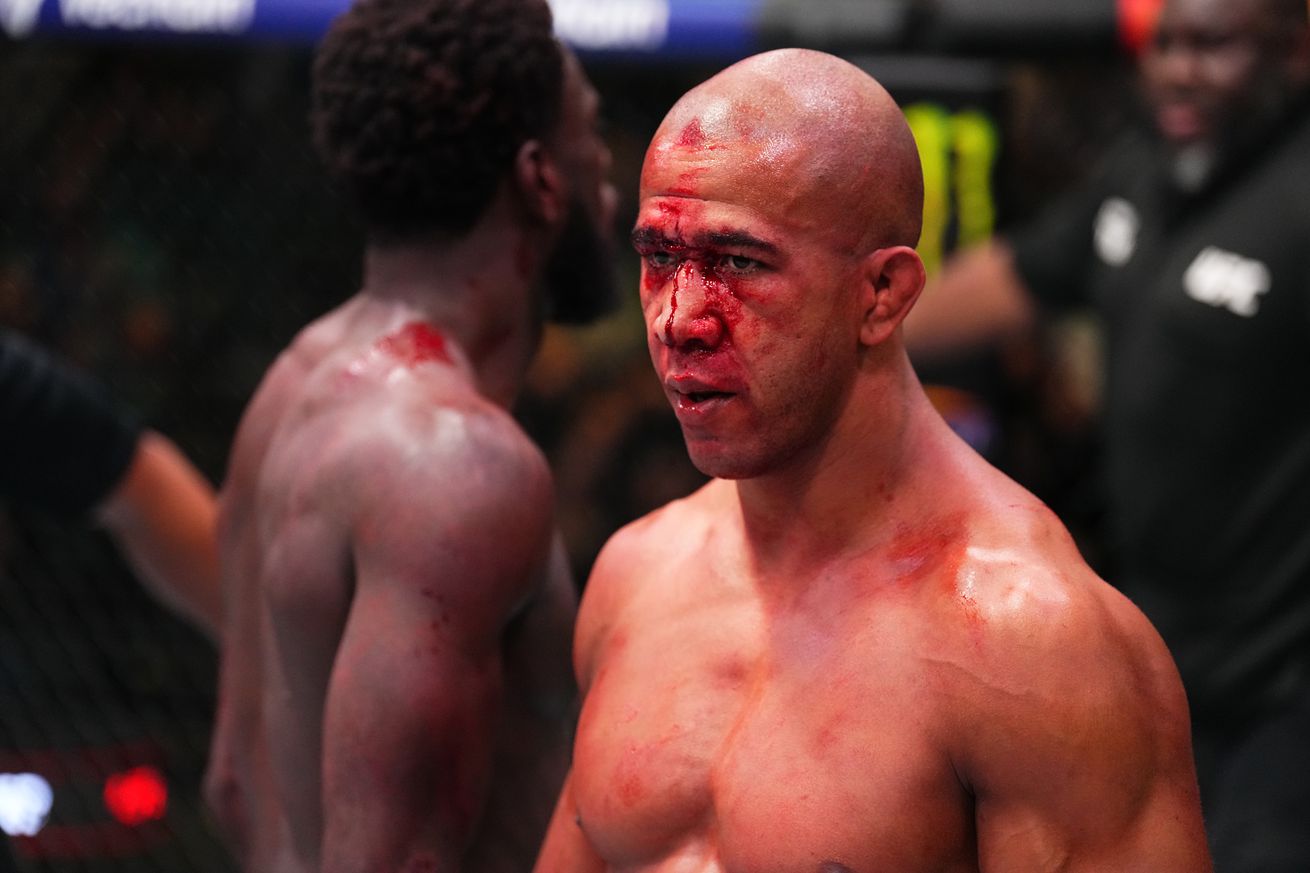 Just when it seemed like Gregory Rodrigues was in serious trouble, the man known as “RoboCop” pulled off a wild second-round stoppage win.

Rodrigues faced knockout artist Chidi Njokuani in the co-main event of Saturday’s UFC Vegas 60. In the opening seconds, Njokuani drilled Rodrigues with a straight knee up the middle that opened up a nasty cut, leaving Rodrigues wearing the crimson mask throughout the round. Njokuani was also hurt in the round and, somehow, both fighters made it to the second round.

From there, Rodrigues got the fight to the mat and opened up with vicious ground-and-pound before referee Mark Smith had seen enough at 1:27 of the second stanza.

With the victory, Rodrigues improved to 4-1 in the UFC and earned his second consecutive finish.

Of course, a performance like that gets the attention of Rodrigues’ fellow fighters. Here’s what they had to say after the chaotic middleweight co-main event.

How TF did he come back with his face falling off?? Insane toughness, cardio, and heart right there! #UFCVegas60

Rodrigues went from Obama to Anthony Davis with that cut. #UFCVegas60

Wow so happy for @gregory_mma his wife is 8 months pregnant! He is great guy he deserves! So happy for him! #ufcvegas61

Have always liked Rodrigues! What a savage! #UFCFightNight