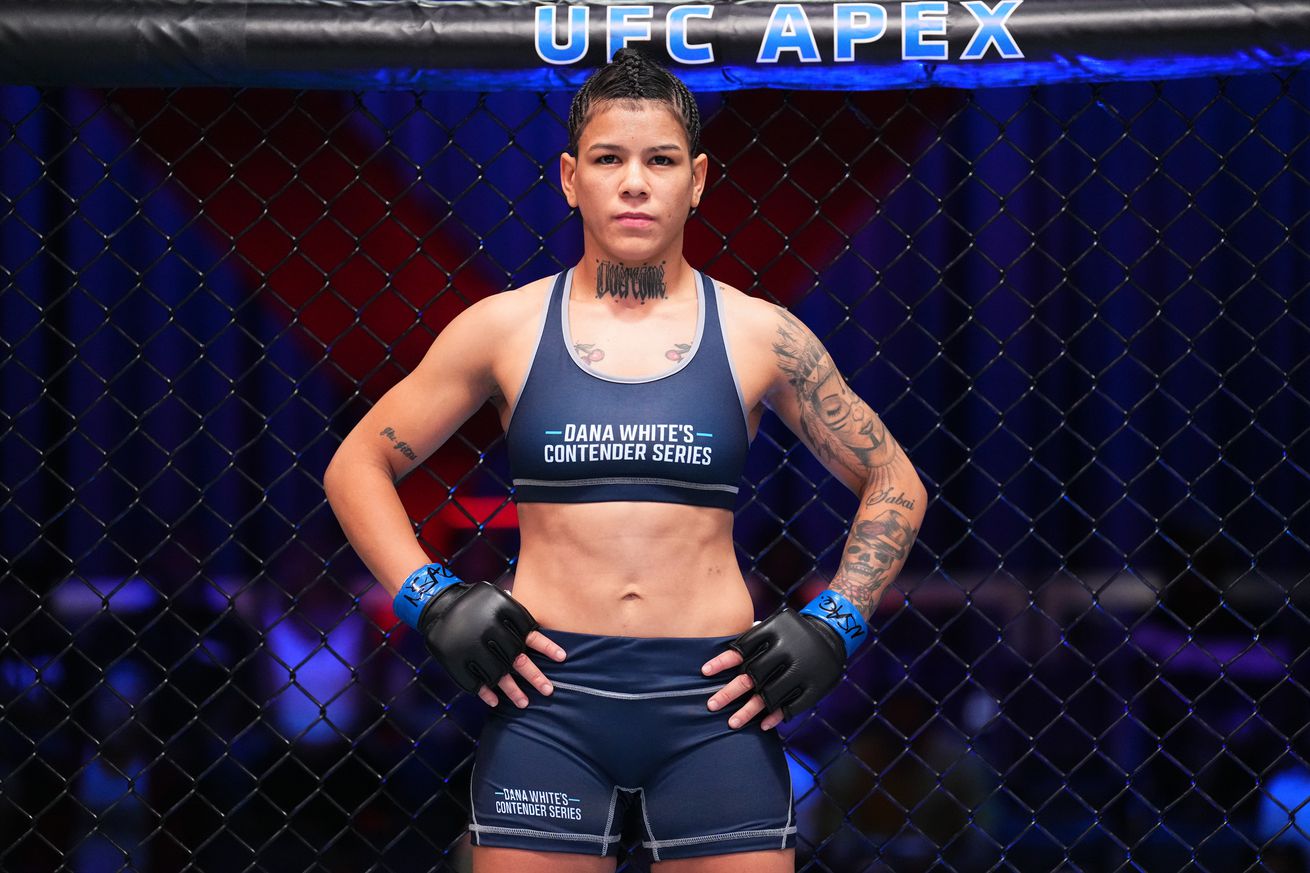 Denise Gomes makes her UFC debut just 25 days after a win over Rayanne Amanda at Dana White’s Contender Series. Having a win over top-ranked UFC strawweight Marina Rodriguez under Muay Thai rules is a major boost for her confidence.

The 22-year-old meets Loma Lookboonmee at Saturday night’s UFC Vegas 60 and feels ready for the challenge after training with “the best in the world” like Jessica Andrade. With a record of 6-1 in MMA, Gomes recalls defeating Rodriguez — currently the No. 5 strawweight in MMA Fighting’s Global Rankings — via decision in a Muay Thai bout in Rio Grande do Sul, Brazil, right before the talented striker joined the UFC in 2018.

“I won, I cut her, and scored many points,” Gomes said on this week’s episode of MMA Fighting podcast Trocação Franca. “It wasn’t by knockout, but I won well. I put on a good fight. She has great Muay Thai, people compliment that a lot. I felt less experienced at the time and that’s why I trust my Muay Thai and what I do now. She’s so good and I was able to be a bit better than her and she’s there [at the top], I believe I’ll get there too.

“[Lookboonmee] is a Muay Thai fighter, too. She has other [weapons], I don’t underestimate her, but she’s very Muay Thai-oriented. I’ve never fought a Thai before, but have fought great girls like Marina Rodriguez. I believe in my Muay Thai and in what my team and I do, but I also believe in my jiu-jitsu. If I feel threatened at any moment or confident to work with my jiu-jitsu, I know I can do well on the ground.”

Gomes made her MMA debut in 2017, but lost by second-round stoppage. She returned to the sport in 2021, kicking off a five-fight winning streak that led to a shot at the Contender Series, and said that staying away from the game for almost four years was crucial to her success.

“I fought that first MMA fight without training MMA,” she said. “I was great on the ground, great on the feet, and my Muay Thai coaches thought I could do it. I thought too, to be honest with you [laughs], but the girl played by the rules and I didn’t understand anything. I had no idea what MMA really was. I don’t think I lost badly because I fought well, but when I lost I said to myself, ‘I wanna do this, but I want to train for it and know what I need to know before I get there.’”