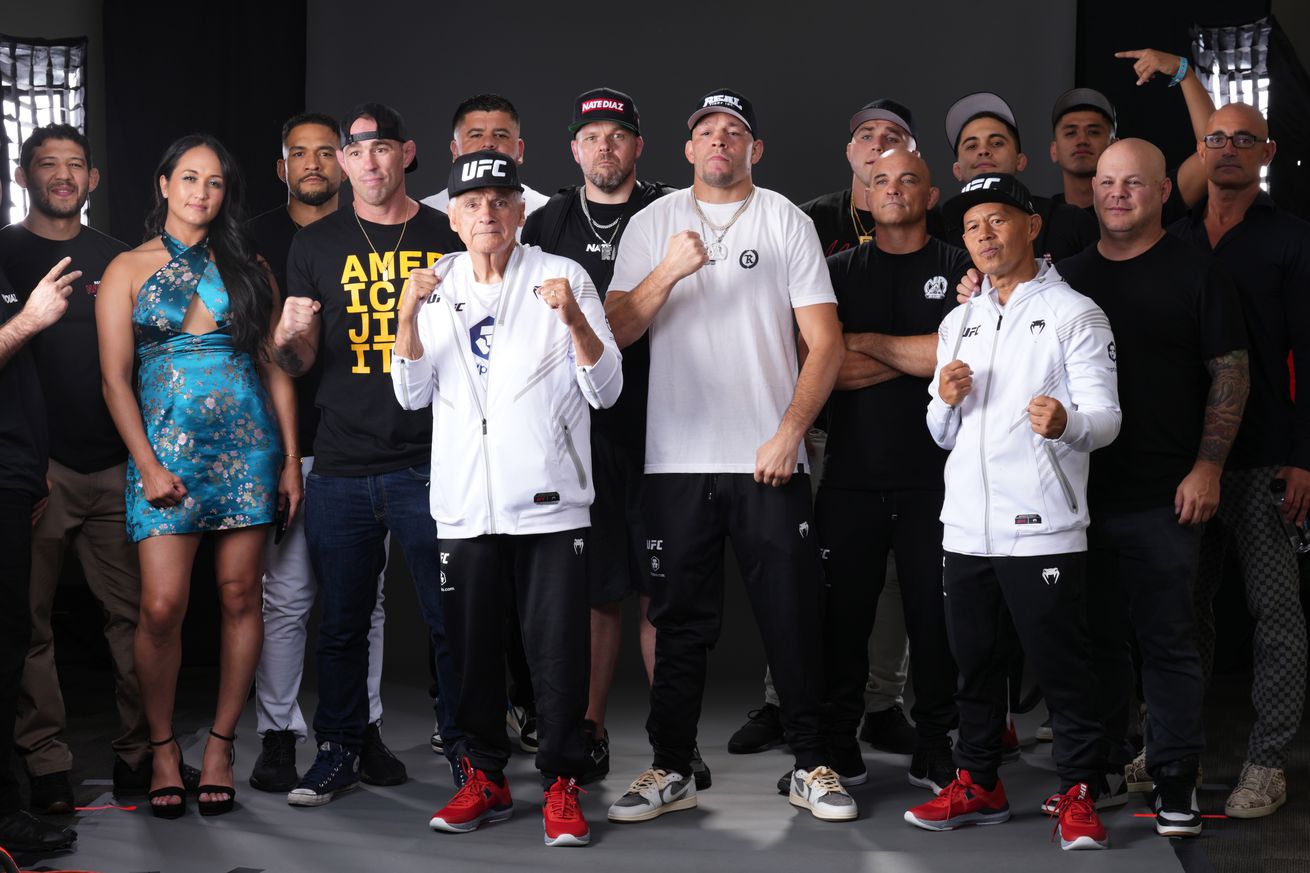 Included in the footage is the Diaz’s camp’s perspective on the melee that led UFC President Dana White to cancel the press conference on Thursday. Two people can be seen throwing water bottles at an unidentified figure as UFC PR staff, security, off-duty Las Vegas police and other unknown parties stand between them backstage.

According to ESPN.com, Diaz thought fighter turned manager Tiki Ghosn was part of Khamzat Chimaev’s camp, and members of his team threw water bottles at Ghosn, who had intervened to keep Chimaev and Kevin Holland apart after Chimaev allegedly kicked Holland, sparking the melee.

The Nevada Athletic Commission is currently investigating the incident and could hand out fines to those held responsible. The UFC did not penalize any of the fighters involved in the melee or Chimaev for his weight miss; Chimaev was rebooked to face Holland and won via first-round submission in the co-headliner of the Sept. 10 pay-per-view event at T-Mobile Arena.

The video blog also gives a brief glimpse into the moments after Chimaev’s weight miss prompts the UFC to rebook Diaz against Tony Ferguson, a fighter he greeted backstage at the ill-fated presser, Diaz’s weight cut, trip to see Motley Crue the night before UFC 279, and more.

Check out the full video above.