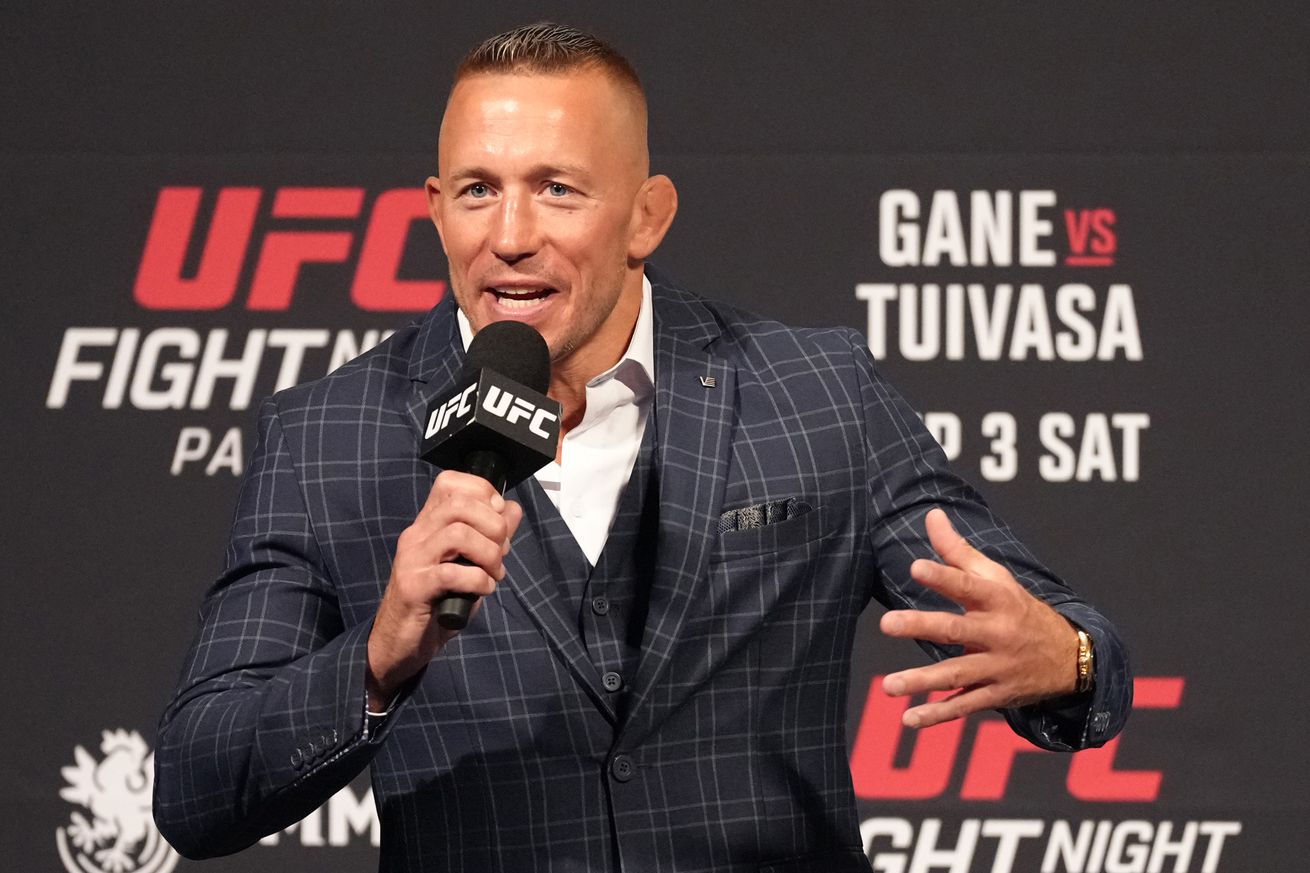 Georges St-Pierre knows just how important it is to properly make weight if you want to be a champion.

The former UFC welterweight champion and all-time great never came in heavy for a single one of his 28 career bouts. For 18 of those, St-Pierre was required to make the division’s exact limit of 170 or 185-pounds to be eligible to win the title.

At UFC 279’s official weigh-ins this past Friday, rising undefeated superstar Khamzat Chimaev missed weight worse than most ever do, coming in heavy by seven and a half pounds. “Borz’s” miss resulted in the entire top of the card being shifted about and he dropped from the main event vs. Nate Diaz to co-main event opposite Kevin Holland.

Regardless, the now 12-0 dominator ran through Holland, earning a first-round d’arce choke submission. Chimaev remains at No. 3 in the UFC’s official welterweight rankings and still knocks on the door of a title shot despite the drama he created.

“He needs to make weight,” St-Pierre told The Schmo. “When you miss weight it’s a big disrespect not only to your opponent but to the sport. But we don’t know what happened. Maybe there’s a reason, maybe there’s a medical reason or something, so when you don’t know, you don’t know. But for sure, in the future, if he misses weight another time, maybe that will prevent him from having a title shot.

“Maybe give him the chance to go back at 170 if he wants to, but he can’t miss weight. Missing weight, it’s hard to forgive. As a fan, I would like to see Kamaru Usman get revenge [for the next title fight] because if anyone deserves it, it’s him. Maybe perhaps Chimaev has a shot against the winner of this fight [with Leon Edwards].”

According to Chimaev’s coach Andreas Michael on The MMA Hour this week, Chimaev was dealing with some severe back spasms, shaking, and vomiting during the weight-cutting process. He also noted that his fighter simply came into camp heavy, but understands how unprofessional things turned out while highlighting this hasn’t been a reoccurring theme in Chimaev’s career.

In regards to the aforementioned Diaz who lost out on his dance with the Sweden resident, he went on to defeat Tony Ferguson via fourth-round guillotine. The fight was Diaz’s last on his UFC contract. Even though St-Pierre and the Diaz camp have had their differences in the past — mostly thanks to big brother Nick — the legend couldn’t have been any more complimentary of how things unfolded.

“I’m very happy for him,” St-Pierre said of Diaz. “He came out on top, beautiful. Whatever he does next, it’s up to him. But he’s got the power to choose what he wants to do and he’s gonna be paid accordingly. You need to be smart in this business and what I’m saying to the young fighters, it’s that you should retire from the sport, not let the sport retire you.”

Reflection. Cory Sandhagen has no regrets about taking short-notice title fight with Petr Yan even if it put him back at ‘the end of the line’

Departure. Mickey Gall no longer under contract, still possible to re-sign with UFC